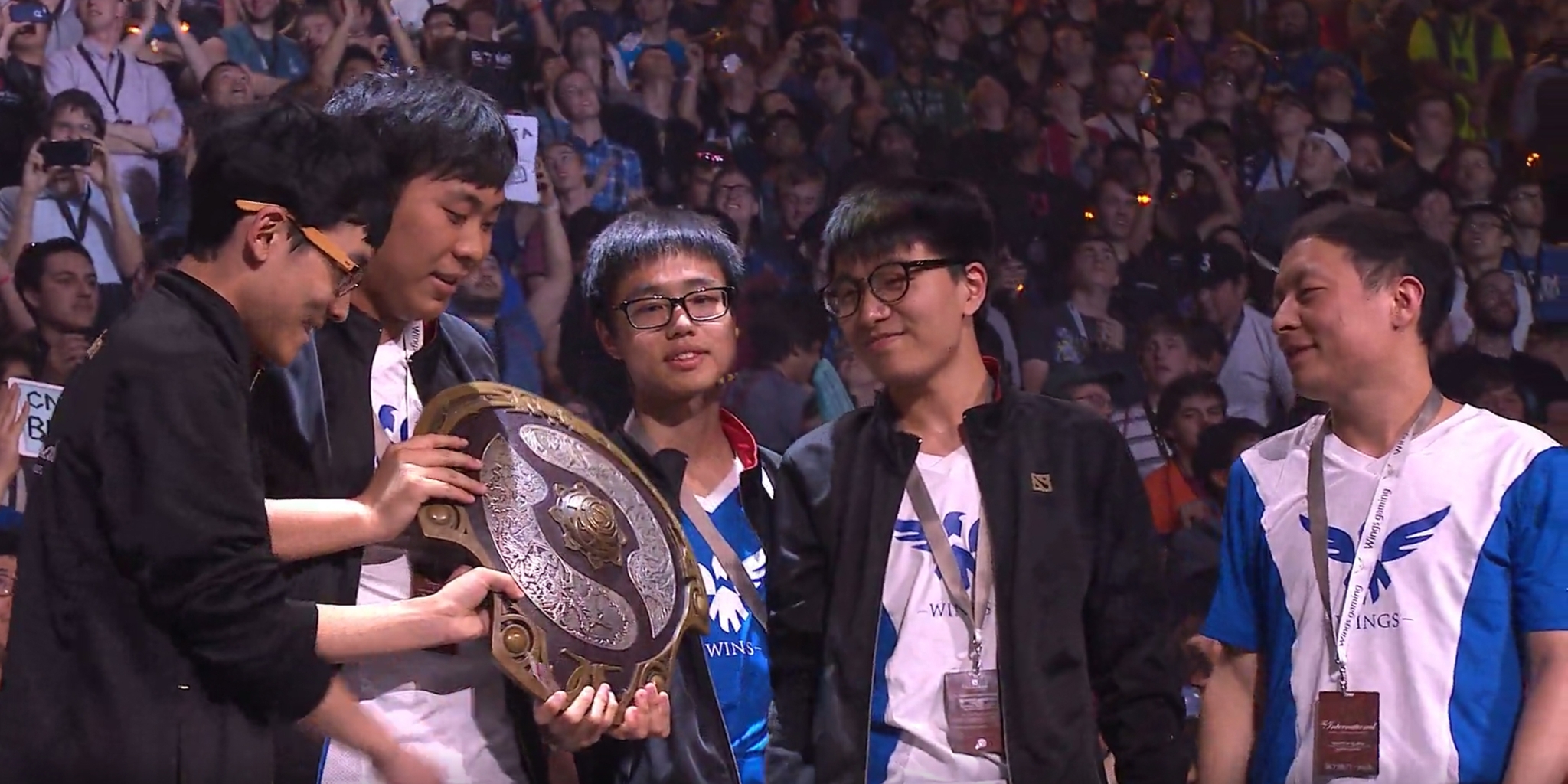 For many e-sports enthusiasts, though the announcement was just a formality, it will come as a shock that the North American League of Legends team announced the signing of Fnatic’s shot-caller of three years, Bora “YellOwStaR” Kim.

Featuring at number 8 in lolesports.com’s ‘The Worlds Top 20’ featurette – 6 places above any other western based player and 7 above any player who lends his talents to the NA LCS (Bjergsen) Yellowstar had big shoes to fill entering into the 2015 Season 5 League of Legends World championships. And boy he did not dissapoint. Whilst team captain, Yellowstar and Europe’s Fnatic defied expectations to reach the semi-finals, despite a shaky start. Players, casters and fans alike believed that on another day they might have been squaring up to Korea’s unstoppable SK Telecom T1 in the final at Berlin’s Mercedes-Benz Arena.

Yellowstar’s semi-final appearance meant that he had surpassed all of the players above him in the top 20 featurette, with the exception of the incredible Lee “Faker” Sang-Hyeok. Let us not forget too that Bora did this while captaining a team of relative rookies, whereby only one player on the team had ever made an appearance at the world championships. This aside, the conclusive point of this article is to make the potential case for why I think that North America has been missing a player like Yellowstar and explain why I think he will succeed in the upcoming North American LCS in 2016.

Admittedly it would be wrong of me to tie all of Bora’s achievements down to individual performance and in many cases he has his team mates to thank for their successes. However I would argue that Yellowstar’s encouragment and drive has inspired his team mates to perform to the best of their abilities. Two particular players that Yellowstar has played with this year are:

It is no secret that Rekkles has had his best successes under the tutelage and support of Yellowstar. That is down to the fact that nobody can protect you like Yellowstar can. The infamous bot lane duo have created highlight reel after highlight reel and their synergy is absolutely uncanny.

Over 3 European LCS regular season splits with fnatic – both during the depressing lows such as Fnatic’s 8 game loss streak in spring 2014 to glorifying highs like Fnatic’s infamously record breaking unbeaten 18-0 streak in the summer of this year – Rekkles has amassed an impressive KDA of 9.55. However Larsson famously left Fnatic after they disappointingly went out in the group stages of the 2014 world championship and joined the team that overthrew Fnatic as the kings of Europe months earlier, Elements (formerly Alliance).

A troubling season for Rekkles followed as he found himself in a struggling team, where players were frequently being benched and replaced. Rekkles played alongside 3 different supports during the split and while Yellowstar was successfully integrating a team of rookies into the LCS, Martin found himself on a team fighting to retain their spot the following season and avoiding relegation to the challenger series. With the unremarkable yet solid Pierre “Steelback” Medjaldi Yellowstar took his team of inexperienced players to second place in the LCS regular season and then went on the reclaim Fnatic’s crown after his team beat the Unicorns of Love to win the Spring Split of the 2015.

After a spirited performance at msi 2015, whereby Fnatic finished as semi-finalists, falling to SKT T1, Fnatic and Yellowstar welcomed Rekkles back with open arms, where he went from strength to strength claiming his 2nd and Fnatic’s 5th European title. It wasn’t just his results that improved however; his kda shot up from a dismal 7.00 over 18 games to 10.67. Meanwhile after being replaced and leaving the partnership with Yellowstar, Steelback travelled from EU to NA and back again bouncing between challenger teams before recently signing with the Unicorns of Love for the upcoming 2016 season.

Imported from South Korea, and a completely unknown player in the spring of 2015, Huni was written off by many as a player brought in due to limited squad building time and options but Huni proved that you should never judge a book by its cover and went on to blow everyone’s minds.

After an impressive, albeit inconsistent performance during the 2015 spring split, the charismatic Huni walked away with the coveted ‘Outstanding Rookie’ award. The Holomaster as dubbed by casters went on to have an equally dominating Summer Split. This was of course, largely thanks to the tutelage of Bora who hand picked Huni, remembering him from the previous years pre-world championship boot camp and he successfully moulded Huni from a promising solo queue player into an unstoppable outplay machine.

However, Huni is not always as impressive as his end-game statistics would suggest; the Korean is known to be irresponsible with gold and overestimate his abilities. This is where Yellowstar has succeeded in bringing him down to earth. His undoubted ability (as well as being the focus of jungler Reignover’s early ganks) usually meant that within 10 minutes Huni would find himself up in gold and kills and this is where his cockiness would often get the better of him. He frequently bought selfish high damage items, believing his unparalleled 1v1 ability would continue to landslide the game in his teams favour and hot headedly rush into engages without thinking too much about the potential for negative backlash on his allies. Often, this would work out just fine and his quick fingers would act as a get-out-of-jail free card and his team would come out ahead but not always and he would find himself back to square one and having to rely on his team to regain the lead that he had squandered.

Yellowstar’s commanding voice both inside and outside of game caused Huni to improve significantly. Calm shot calling and gentle praise of Huni’s work was frequently featured in episodes of Mic Check. This passive but supportive play enforced Fnatic’s prominent strategy of choking teams out of the game and forcing the enemy to make desperate plays that Fnatic would be prepared for. Efficiently controlling every objective with unrelenting pressure across the map went on to become a primary strategy and one of the main reasons why Fnatic were able to dominate the European Summer Split.

An often overlooked quality in many players, and a quality that very few display as well as Yellowstar, is the player’s personal qualities that allow them to become the very best. Of course casters and fans alike are far more impressed by and would rather talk about incredible mechanical ability such as that of two time world champion winner and current world number one, Faker. Of course Yellowstar has mechanical ability to spare but it is not that which carries his team to victory. His attitude allows himself to pick up his team in game, and his ability to mount incredible comebacks when games look lost is something not many players can do. He is calm under pressure and if there is any chance of his team coming back against the odds, Yellowstar will know it. Yellowstar is a man that knows, the game is not over until the nexus explodes.

Yellowstar is one of only two players to have qualified for every single League of Legends World Championship, the other being Marcus “Dyrus” Hill, who retired following this year’s world championships. It could be argued that Dyrus’ skills had waned in recent years while Yellowstar – despite being a veteran player has only become stronger and stronger. If Yellowstar and TSM make it to the season 6 world championships, as most believe they will, Bora will reign unchallenged as the most frequent attendee in league of legends history. And rightfully so, as players have come and gone, and many studies reveal that our abilities at video gaming should start to decrease in our early twenties but Bora, at age 23, has beaten the odds. He even picked up the coveted ‘Split MVP’ award this summer, outperforming previous holder Konstantinos “FORG1VEN” Tzortziou, “by far”.

Finally, Bora’s biggest personal achievement so far is his dedication to improving his health as well as himself as a person.

I would like to wish Bora the best of luck with TSM and North America, I know he will perform admirably and all of us in Europe will definitely miss him.