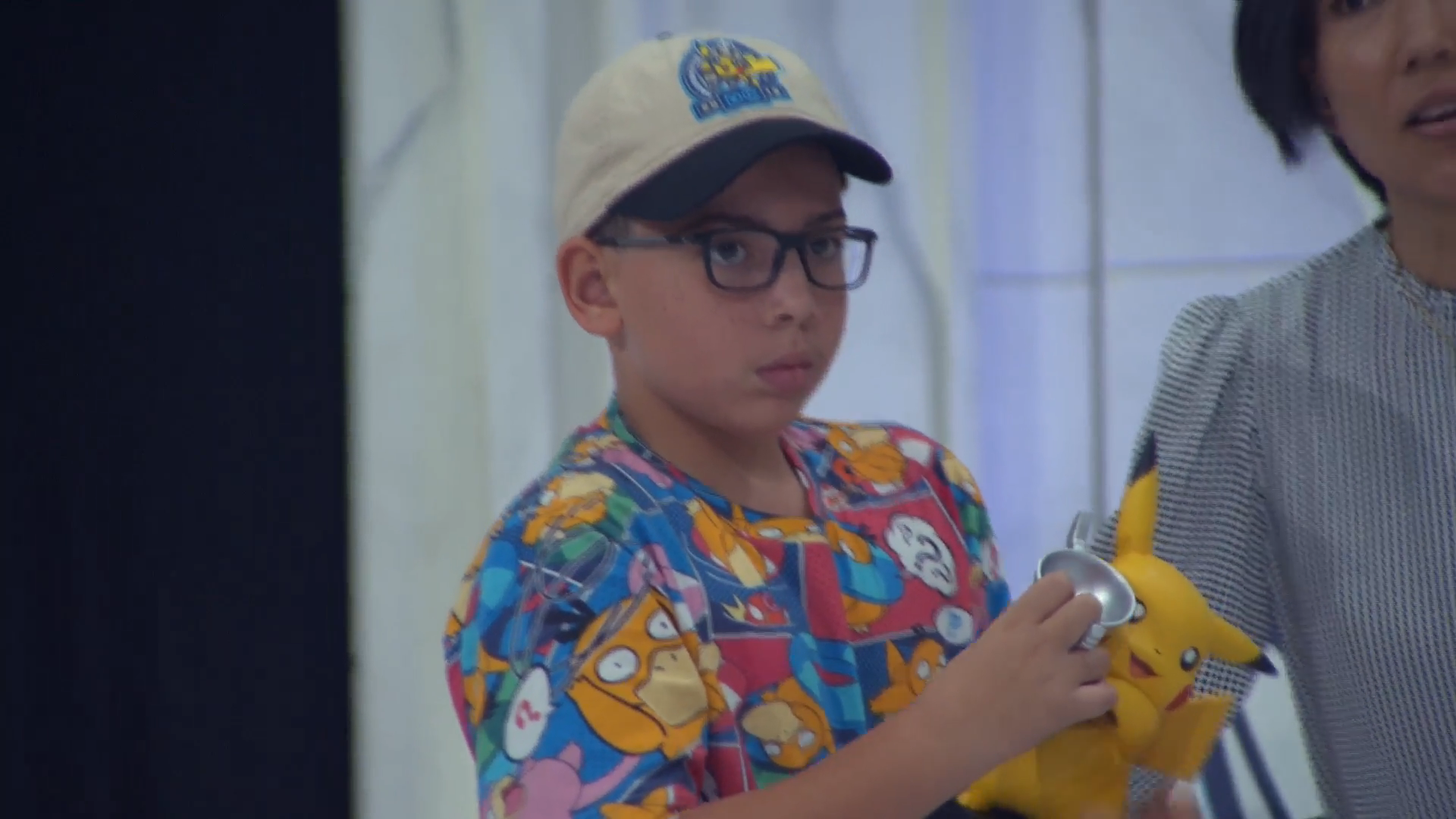 At the closing ceremony of this year’s Pokémon World Championship, one poor kid was met with an unfortunate surprise when he went to collect his trophy. After being handed his prize, the trophy unexpectedly broke to the horror of everyone watching.

Isaac Terceira, the runner-up for the Junior TCG Finals, walked up to accept his trophy only to watch it break as he collected it live on stage in front of Pokémon royalty, who laughed off the whole incident as it unfolded.

Terceira looked startled when the cup fell off of the trophy as he was hurried off to the side by the Pokémon staff, who seemed unsure of what to do before giving the next player their prize. His face during the incident pretty much summed up his feelings of getting a broken prize for all of his hard work.

The whole predicament gets even more cringe-worthy near the end when the collection of players are gathered and are asked to “lift up their trophies” by the presenter, while Terceira lifts up his destroyed new prize halfheartedly.

The Pokémon Company should get the player a new trophy to replace the broken one or at least get a hold of some Gorilla Glue to fix it before he goes home.