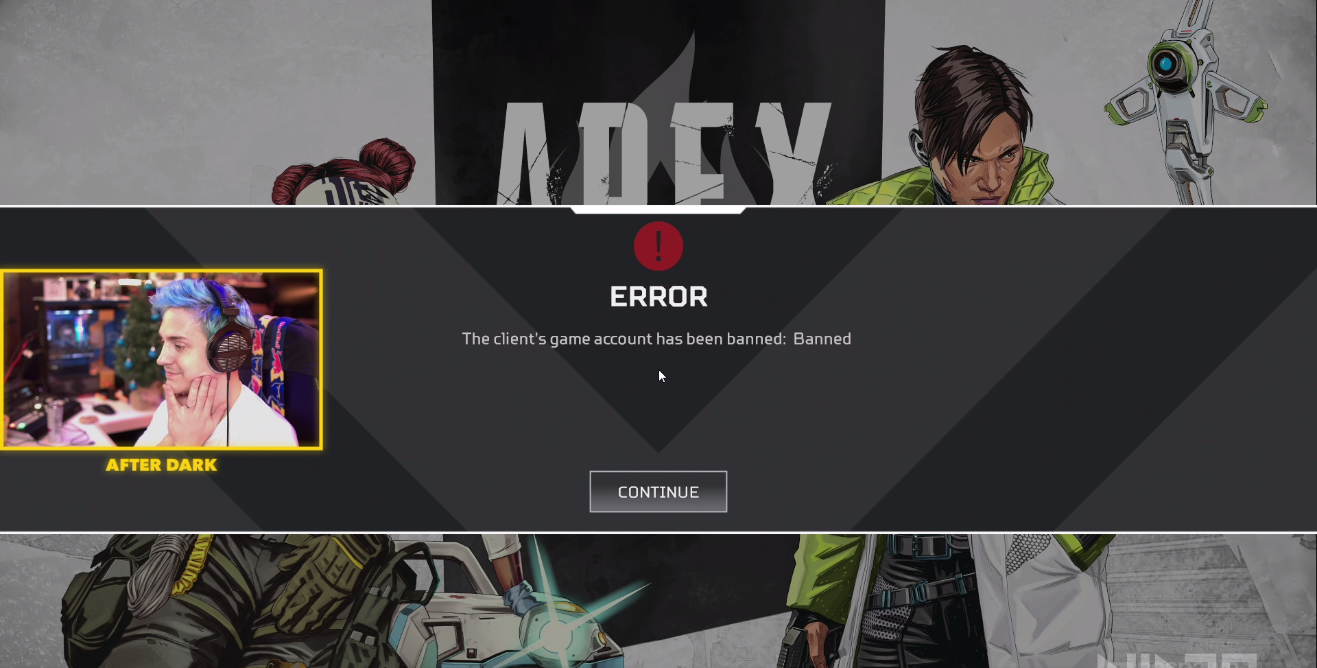 Ninja was struggling to figure out what he wanted to play yesterday after a few hours of Fortnite streaming and found out the hard way that his account had been banned on Apex Legends.

While playing with his Fortnite duos partner Malachi “Reverse2K” Greiner, Ninja spent a little over five hours on stream playing Fortnite before deciding to mix things up and play a different game.

Consulting with Reverse2k and his Mixer chat, Ninja considered games like Call of Duty and Halo. But ultimately, the pair decided to try out Apex. Upon queuing into a match, Ninja was surprised to get a notification saying that he was banned and couldn’t join a game.

“I guess they don’t want me to play the game dude,” Ninja said. “What a waste of literally my night right now.”

There was no confirmation on stream regarding exactly why Ninja was banned, and based on his reaction to being banned, he wasn’t aware of the reason, either.

Looking to move quickly to gameplay, Ninja worked hastily to get into a new game with Reverse2k and offered to teach him how to play Dead by Daylight, which they immediately began playing.

While Apex isn’t nearly as popular as it was earlier in the year when it posted more than 30 million hours watched on Twitch for multiple weeks in a row upon being released, this news comes shortly after it won the award for the best multiplayer game of the year at The Game Awards 2019.