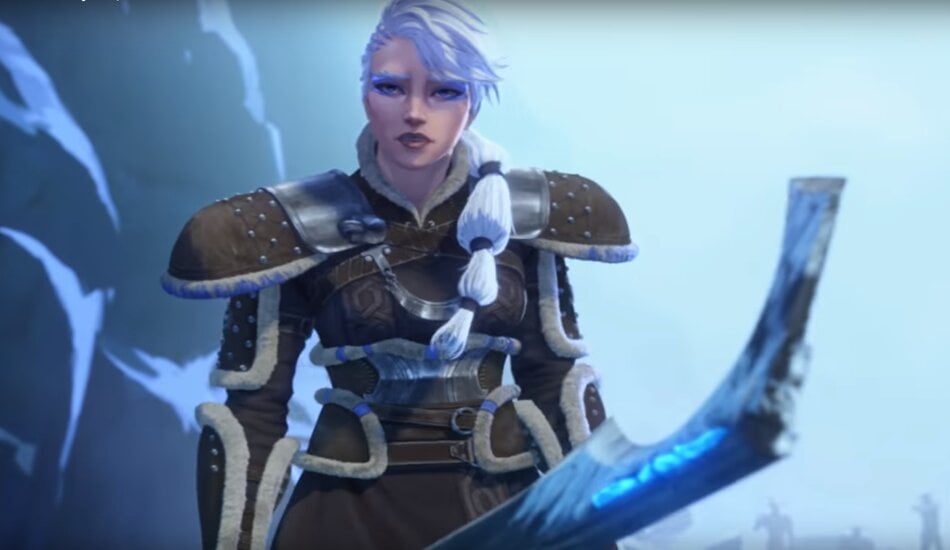 The Freljord region is a harsh land, forcing its occupants to overcome challenges on a daily basis. The heart of Freljord himself, Braum, describes his homeland at the start of “The Raid” as a place where everyone comes from one family. Not to be taken too literally, Braum is seen helping a family with a baby from Da’Arvong as they hold back Lissandra’s Frostguard.

The father takes an arrow in the back and the mother becomes trapped on the ice as the Frostguard advances upon them. Braum picks up the baby from his deceased father’s arms and the mother asks him to “raise him well” as she prepares to sacrifice herself as a distraction.

Braum isn’t the type of champion to let someone die if it can be prevented, though, and he likely wasn’t interested in raising a child by himself. He turns his enchanted ram-headed shield into a sled, saves the mother from a lethal fall, and proceeds to deflect an avalanche using his immense strength to hold his shield in place.

At the end of the video, the mother and baby are safe. But who is this mysterious character?

Her weapon isn’t an ordinary one. She’s seen using True Ice twice in “The Raid.” Whoever she is, this mysterious mother is a new character in the League lore and might be a new LoR card being added to the Freljord region.