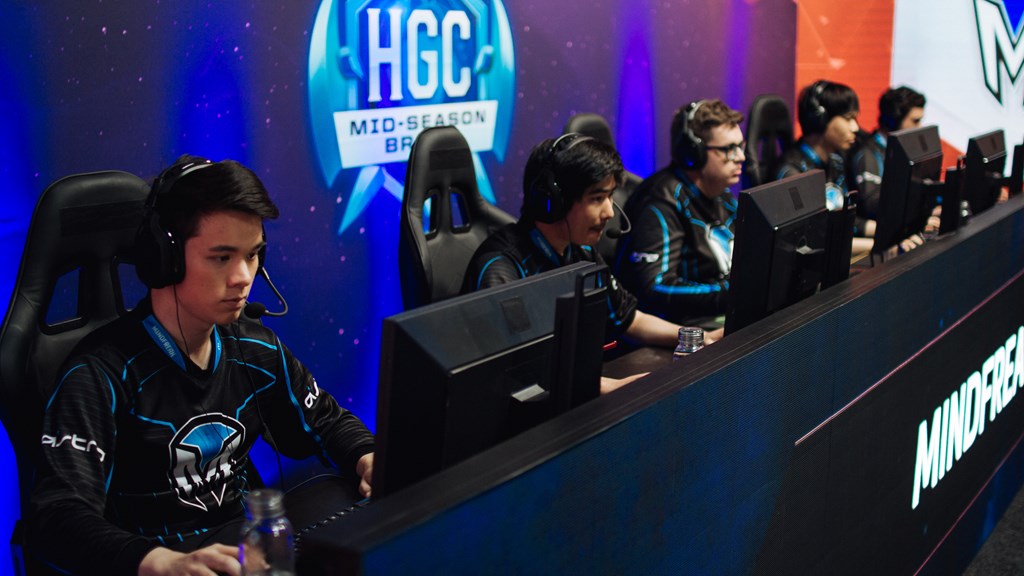 The top two teams from the HGC ANZ Premier Division, Crimson Gaming and Mindfreak, will battle live in Sydney on Sept. 14 at 8pm ET (or 11am on Thursday Sept. 15 for local fans) for their shot at entering the Clash. Then the top team from the South Region of the Copa América, Encore e-Sports, will face the North Region champs Thunder Predator at 11pm ET for their own chance at the Clash, scheduled for Saturday Sept. 15 at 9pm ET (or Sunday at noon for local fans).

The best team of the four combatants will book a ticket to BlizzCon, where they’ll face the best Heroes teams on the globe.

Mindfreak booked a trip to the HGC Midseason Brawl after winning the Phase #1 Clash earlier this year so they’ll be the favorites, but competition will be fierce.

The ANZ bout between Mindfreak and Crimson Gaming is a repeat of the final we saw in Phase #1 of the ANZ Premier league, which took place in Rio de Janeiro, Brazil in May. Mindfreak put together an undefeated 14-0 regular season in Phase #1, beating Crimson Gaming twice in the double round robin. But the 11-3 Crimson Gaming proved a tough foe in the finals, taking Mindfreak the distance in a 7-game series where the winner had to recover from a 3-2 deficit to advance.

Mindfreak went on to dismantle hometown side Encore e-Sports, who fell to the Australian side 4-1 in front of the Brazilian crowd.

But the Mindfreak of Phase #1 is not the same team as Phase #2. Their warrior player, Andrew “Penta” Moffat, left the team after their international tour in May and June was complete, and the team didn’t have time to try out a veteran replacement because they were traveling during the signing period. Eventually they turned to rookie Geoffrey “madhax” Li, but his addition as a support player forced half the team to swap roles. Team captain Benjamin “Fat94” Vinante-Davies moved from flex to warrior while support player Matthew “Vanilla” Dang swapped to assassin. Jack “John” Rees stayed at ranged assassin, while former StarCraft 2 pro gamer Ryoo “RyoO” Tae Hyung continued at melee flex.

While both teams look a little different now, their rivalry remains the same. In Phase #2, both teams finished the season with 13-1 records, going undefeated against every team in the league except each other. Crimson Gaming took the most recent bout on Aug. 16, the final match of the season, but both teams had already locked in their top two positions. On July 21, Mindfreak won the day in a close 2-1 series.

All signs point to another all-out battle that could go the full 7 games.

The ANZ champs will then face a stiff challenge from Latin America’s best. Brazilian side Encore e-Sports is the favorite to reach the Clash, tweaking their roster only slightly after reaching it in the first phase. This time, they’ll face Thunder Predator, a veteran mix of players from Mexico, Peru, and Venezuela. The Thunder Predator players narrowly missed competing in the previous Copa final, falling to Mexican side Fratres in a surprising 4-0 sweep despite the Predator’s posting the top regular season record. This time around they survived a 7-game series to reach the stage in Sydney, so they’ll be hungry to show they deserve to be there.

You can catch the games next week on Twitch. The matches should be available in English on the Blizzard ANZ channel, Spanish, and Portuguese.