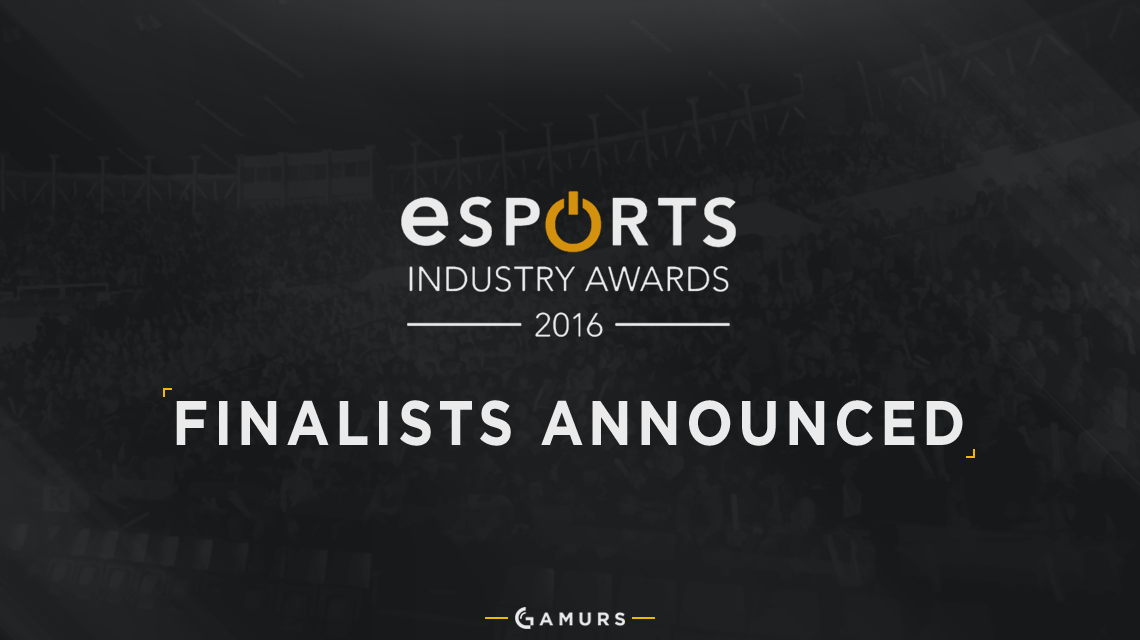 Immortals have been dominating the North American LCS. As the split progresses we`ve seen a lot of their games and the big questions arise- Will they dominate in their series or can they get upset? If so, what are the odds and what are the teams that could drop them? If not, what makes them so powerful? To forecast their run and to set their power level, I will go back since their first games and point out their strengths and weaknesses.

Immortals are 15-1 on the standings. These are the players that are making it happen:

Huni: The superstar player of the team had an explosive start in the EULCS. He walked on the European soil with firm steps, setting the bar for the toplaners of the region. Europe was lucky to have three impressive newcomers; Cabochard, Odoamne and Viziscasci or they would’ve witnessed the Korean completely establishing the Law. Huni always had impressive mechanics and confident plays but we witnessed his weaknesses during s5 Worlds. Smeb was constantly outplaying him and making him progressively more nervous. That being said, there’s no Smeb in America therefore Huni has close to no limits and can run over games.

Reignover: The second ex-Fnatic player is currently the best jungler in North America. Reignover has an amazing synergy with Huni and always keeps pressure in the toplane. He still has terrible memories of his Korean reputation, Gameover was he called. He got the nickname by making terrible mistakes that would have major impact on his OGN games. He’s always had two unique pocket picks that he’s known for, Rengar and Olaf.  During his LCS-era, we noticed that while he’s great in the regular season, on the big stage you can never know whether you’re gonna see Reignover or Gameover. Here’s an example of his ‘Gameover’ moments on the big stage:

Pobelter: This player was once America’s greatest hope at being their first national superstar midlaner that could be relevant internationally. That would be something season 2 and 3 top-tier NA-born mids couldn’t do (Reginald, bigfatlp, Hai, Mancloud and more). The hyped American-born midlaners of the next generation were Shiphtur, Link and Pobelter; All failed to achieve that goal. The Notorious P.O.B had multiple excuses to fail in the past ranging from still studying in high school to being matched with bad teammates. He had a golden opportunity to develop as a player on CLG but he didn’t. He’s still as average as always. At least, he has a consistently decent performance that suits him well as he can play defensive champions, go even or slightly behind in lane and then protect Huni and Wildturtle in teamfights.

Adrian: NA does have talented players, they’re just very rare. Adrian started his LCS adventure with Apollo down his lane. Despite having a weight, he had awesome warding and made good plays. His team could’ve achieved a lot more if Xiao Wei Xiao didn’t get banned. Adrian is now matched with an experienced and aggressive AD carry. However, it’s not Uzi that I’m talking about so he’s gonna have to once again work hard. The task is harder than ever as Wildturtle is not only aggressive; he’s reckless (no pun intended, I swear). Adrian can perform on all kinds of supportive champions whether he has to engage, peel, poke or tank.

Wildturtle: He had initially a dominant performance on TSM. His first professional game was marked with a Penta-kill. After an awesome s3 split, his s4 split was overall disappointing. In s5, it had gotten even worse for him. He would drop even deeper in the rankings as Doublelift, Piglet, Altec and Sneaky were all considered better than him.  Benched and replaced by Keithmcbrief, it was clear that his career on TSM is close to being over. A big problem he has on top of his mediocre laning is his over-aggressiveness. As described in a recent Summoning Insight by Amazing and in an old post-game interview, Wildturtle’s problem is that he gets bored during his games. This unique flaw is still noticeable- it’s just being covered by his teammates’ performance. Since nobody’s there to punish Wildturtle, he’s able to turn this negative characteristic into an awesome feat for his team. Awesome enough to be second in damage per minute- only 3 points behind Doublelift.

How to kill the Immortals?

Immortals have the quickest game-time in NA because most of their games have been stomps. When their aggressive style snow-balls, they win before the 30 minute mark. They dominate with successful skirmishes and early aggression- Not as much with strategy as brute strength. On average they are ~2.5k gold up at only 15 min. Reignover needs to be credited for this statistic as he’s caused a First blood in 69% on his games.

As seen in the LCS

Once we understand, player by player, Immortals’ line-up we can theorycraft a way to body these fouls. Actually it had already been done once by CLG even Renegades and Dignitas came close. The key players that could and should be exploited are Huni, Reignover and Wildturtle. All the three players heavily contribute to the team’s aggressive identity. Huni and Reignover are the most powerful combo in the league, they must be heavily prioritized. Teams need to consider picking toplaners with a lot of escape, survival and with good laning to not feed Huni. Whether they wanna play around their toplaner or not, they will need to ward for him a lot. An always superior decision is to accord importance on ganking Wildturtle rather than Huni. Simply because, if a team ganks Huni and Reignover shows up (which is likely) they will most probably lose the fight. Wildturtle is known for lacking respect in moments where he should be careful. Therefore ganking him could turnout successful. Some teams can expect to maintain pressure versus Pobelter in lane. They should hence prioritize mid-game champions like Corki and Le Blanc to gain the most from the pressure they get.

Adrian has been prioritizing champions like Janna and Soraka to save Wildturtle. The counter-effect on this decision is that someone else on Immortals will have the burden of picks and engages. These champions are also very fragile and will get blown up if a player finds a flank. Teams that play against Immortals have to react to their plays with the same amount of energy. This means that they need to know their goals in the fights before they happen or it will be too late. Often Immortals don’t fight perfectly themselves and they win just because their opponents didn’t react properly.

In this footage, Immortals had a very aggressive pick/split-pushing comp and NRG had a poking/sieging comp. NRG had no deep wards, yet they over-extended in the mid lane. They didn’t consider what a Lissandra is gonna do to them before the fight happens and they all grouped together. The result was a game-breaking 4man snare into ult. Meanwhile Zed and Lucian got themselves some kills. Mistakes like that have been frequent in the league and against such a proactive team they’re deadly.

That being said, beating Immortals is an incredibly hard task for teams that struggle at executing basic LoL strategies and fundamental concepts of the game. Not like Immortals can do that either, but at least they manage to play their own style with a high level of confidence.

Who could do it?

CLG are matching IMT really well. Darshan is worse than Huni but he’s closer to his level than most NA toplaners. CLG’s macro game is decent and Aphromoo has been playing really well (even at IEM). Sure they have 3 less convincing players; Xmithie, Huhi and Stixxay but as long as they can be safe and reactive, they can manage to turn IMT’s aggressiveness against them. If they manage to snow-ball, they’re way less likely to throw than Renegades and Dignitas did.

Jensen, all eyes on you. Cloud 9 needs to rely on God-given performances by their star players; Rush, Jensen and Sneaky. Sure it’s rare but it does happen in eSports and it feels good. They have a really bad toplane matchup versus Immortals, so it’s gonna be extremely hard for them. Last split, Cloud 9 benefited from a second breath in their run through the Gauntlet. The team could impress in a “Best of” format and we should just wait and see.

Even if TSM is in an “okay” spot in the rankings, Reginald’s team has been lackluster this split. They sure have the roster that could in theory beat IMT but in reality they’re having tons of troubles. Hauntzer is a good toplaner that can keep Huni in check. Bjergsen will probably play better than Pobelter. Doublelift could have a few good games but probably all of that won’t matter since Svenskeren and Yellowstar are awful this split. It’s very uncharacteristic of these players but they are holding TSM back. Only people from the closed doors of the TSM’s gaming house really know what’s their problem.

Both these teams are 8-8 this split. They have too many new players to seriously consider beating Immortals. Some of the new players are actually amazing like Dardoch and Matt but others like KonKwon, Lourlo and Moon still need more time to grow(if they will). These teams had ups and downs but in a BO5 you need more than a 50-50 record to win. If any of these teams make a miracle run and even upset Immortals it will be an incredible sign of growth. It won’t happen.

Echo fox- If they even qualify

The frostbird can carry four foxes on its back. But it’s too slow- the crazed Huni will get fed on ’em before they can hide behind Froggen.

Thanks Oracleselixir.com for their easily accessible stats.