Skip to content
SiriusXM has partnered with Machinima to bring esports to the radio realm.

Perkz is not the usual challenger league talent. Upon reaching the LCS, he didn’t uniquely possess stunning mechanics and an admirable composure; he was one of the only players to have a real thirst for success. That might sound like the obvious goal of most professional players, but in reality once they reach a high enough level of competition, most of them break mentally under the need of having to overcome their rivals. Hence multiple players chose to stale at their position and will never reach the peak of their potential. Unlike them, Perkz had every single excuse to underperform as he came to the league known for its great midlaners — but he didn’t. He made sure to set himself apart from everyone else, while any other newcomer would have been impressed by merely reaching their level. The young Croat doesn’t hide behind excuses, teammates or paycheques. He’s a truly great carry; confident, reliable and brave, he makes up for all of his praise.

Nobody expected Perkz to become such an impressive western talent. Most people that knew him from the Challenger Series or Solo queue thought he would be like any other hyped rookie; in the middle of the pack among LCS players. When the spring split started, Perkz was already phenomenal but it wasn’t enough to withdraw analysts from being sceptic. All their doubts; champion pool, autonomy, nerve control and playstyle diversity were progressively cleared. Above all, he didn’t suffer from the ‘Huni effect’ like Febiven; thus nobody could argue that he wasn’t the main damage carry.

During the spring split, Perkz had even statistically been the most impressive European midlaner, here are a few stats: 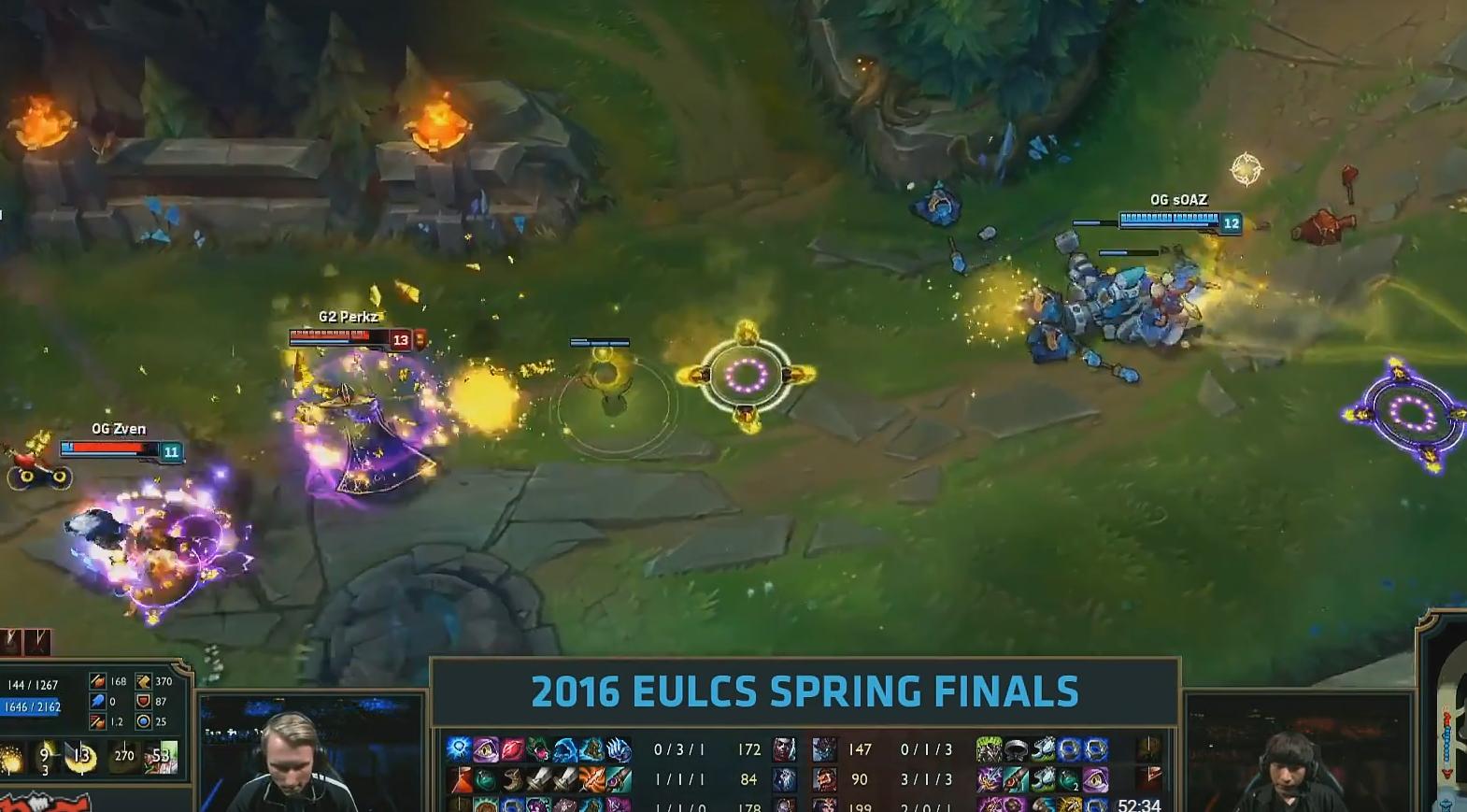 Perkz understands his role within G2 Esports perfectly and doesn’t shy away from constantly picking champions with great carry potential. Crucially, he plays his champions to their limits and tries to take over his games. Multiple good players such as Nukeduck, Pobelter and Fenix recently failed to step-up as primary carries when they were required to do so. At the spring split playoffs, many toplaners were forced to yield their carry power to their laners due to the unpleasant return of the tank meta. It shockingly tore apart the rankings as we knew them. The majority of successful teams had skilled midlaners. Only CLG managed to concede a big part of the carry responsibility to their toplaner, Darshan, and had a good run despite having Huhi.

For G2, the meta was a godsend. The entirety of their squad was assisted: Kikis could play tanks as always, but now without the fear of being demolished by carry toplaners. Trick’s aggressive yet efficient playstyle was exactly the one promoted by the meta. Perkz could provide high damage with picks like Ryze, Zed and Le Blanc. Emperor didn’t deceive on the secondary carry role. Despite some analysts disliking him due to his over-aggressiveness, he maintained an incredible positioning and even produced a nice ‘QSS flash’ highlight. Hybrid wasn’t touched by the meta but unlike Adrian, he didn’t have to play awkward supports like Karma. For these reasons, G2’s success at playoffs was a team effort but Perkz did his job more than well.

On top of all his individual feats, the player displayed no problems adapting to teammates. Some individually gifted players had historically bad relations with their colleagues. Perkz escapes even to this flaw as he showed synergy with his team and most particularly with Trick. The prowess of both players combined adds fuel to the fire. Along with Perkz, they set-up aggressive plays around the map while the rest of the team is quick to collapse. This style provides them early leads and compensates for their casual macro mistakes. 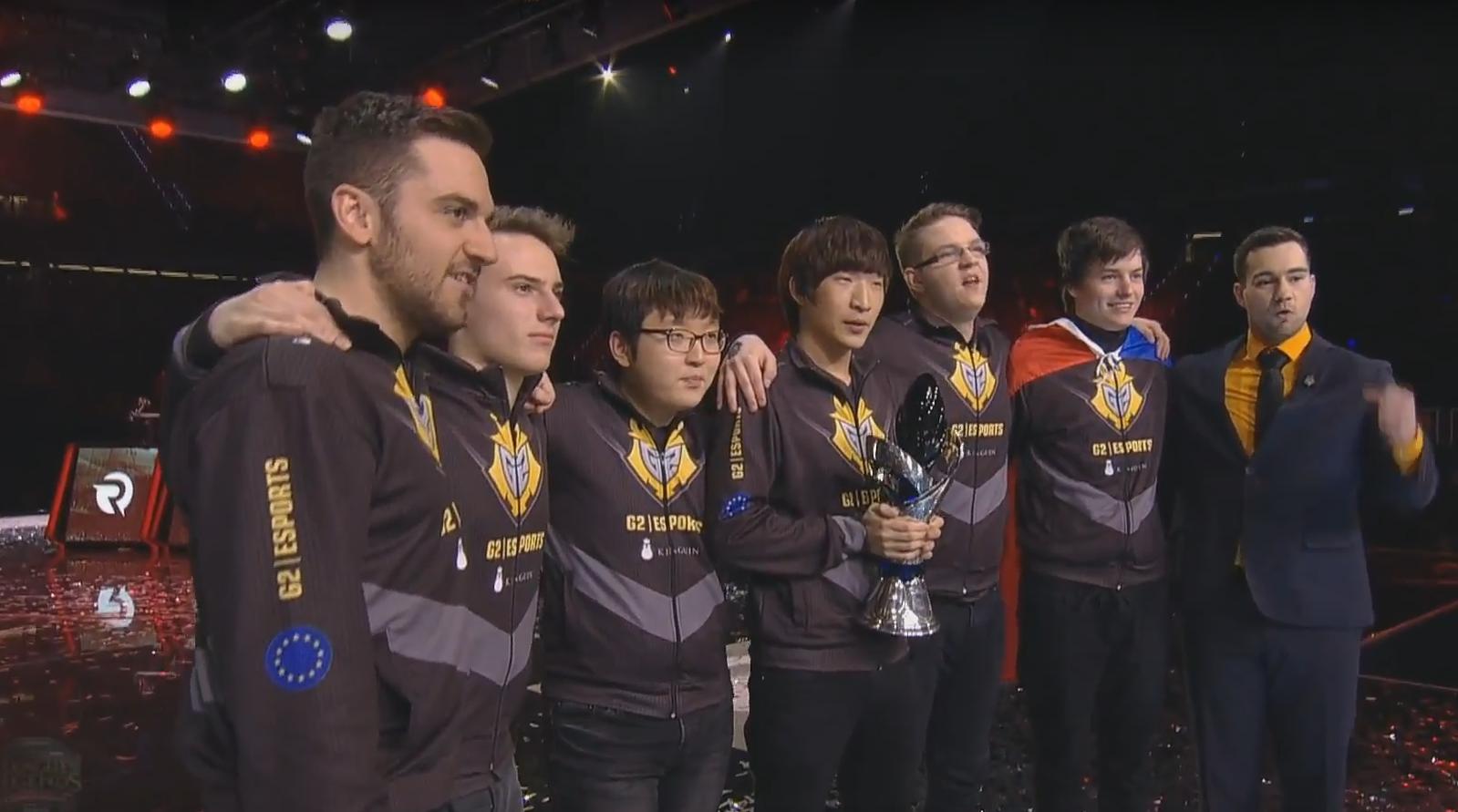 While having the mental fortitude and the talent to compete on a high level, Perkz has yet to play against international competitors to pass his final test. G2’s midlaner has been the best in the western regions so far this split, but even the most optimistic fans should stay reserved before rating him anywhere higher. Although he makes unseen progress for a European, it’s too early to predict whether he can pursue his dominance like his ideal counterpart, Faker.

Thanks to Oracleselixir.com for the stats