”We are what we repeatedly do. Excellence, therefore, is not an act, but a habit.”  – Aristotle

Interpretations of Lee “Flame” Ho-jong’s career are wildly different depending on who you ask. The quintessential carry top laner is undeniably an all-time great. However, his public perception has dropped dramatically since the days of old.

Flame’s debut performance for Immortals has rekindled this conversation. For many, IEM Gyeonggi was a window to the past; he was the standout carry of his team.

Many will say that Flame has burnt out. I say nonsense, he’s still got it. Flame has endured the test of time, the shifting of metas, and a clash of cultures. Greatness must be acknowledged. If you’re not excited for Flame’s North American debut, here’s the main reasons to take another look at Flame in 2017.

Stop to think for a moment. Imagine a world class carry top laner; the best ever.

Flame is the guy you ought to be thinking about. He’s the prototypical top lane carry, and the symbol of absolute domination. The term “Flame Horizon” is used when a player has ravaged the opposing player so harshly, that he has a 100 CS lead. The act of crushing opposition doesn’t get named after you for any old reason.

It’s incredibly frustrating to play against someone who, in every way, is simply better than you. Flame was that someone. Could you imagine it?  He’s harder, better, faster, stronger and that’s just the beginning.

This guy isn’t just ruthless. He’s an incredible savant, and that’s the real reason why the “Flame Horizon” first came to be. A good old fashioned “curbstomp” is typically pictured as a show of brute force. Flame was the curbstomp master, but he achieved that with finesse.

Flame had a varied set of tools at his disposal. He surely could have lugged a mallet around and bopped Koreans on the head, but that wasn’t his style. He was the master wave manipulator. Like a grandmaster chess player, Flame was always 10 steps ahead of his opponent. He was ahead of his time and ahead of the game. 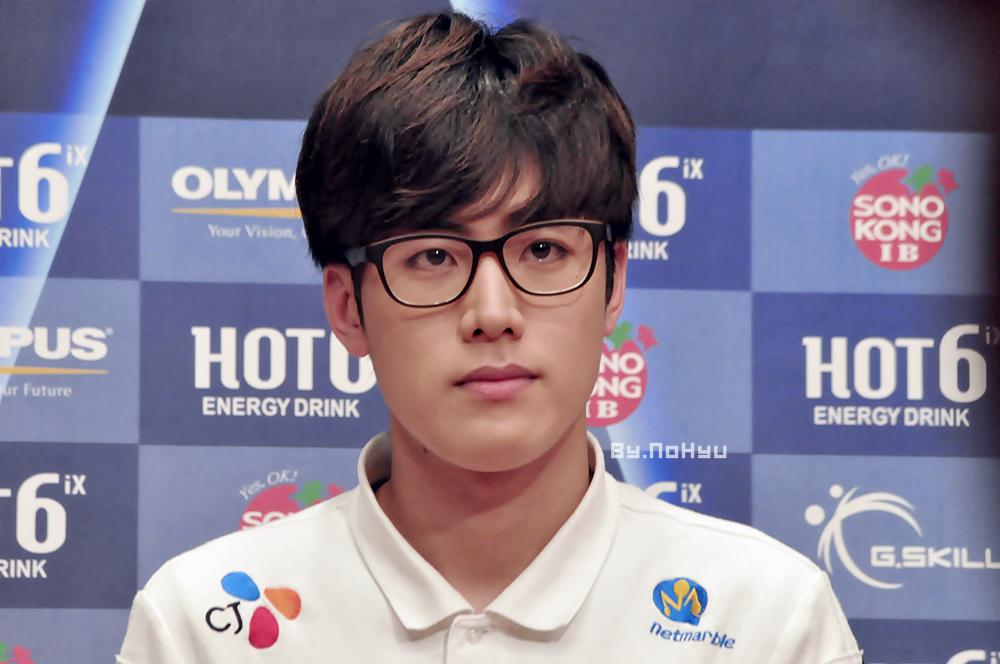 One hundred CS leads were par for the course. In 2013, there were more superstar Flame performances than Zubats in a dark cave. For a significant period of 2013, Flame wasn’t just the best Korean top laner, he was the best player in the World. His only real top lane competition was Park “Shy” Sang-myeon, but he never truly ascended to Flame’s sky high peak.

Flame is the greatest top lane carry ever. If it hadn’t been for Lee “Faker” Sang-hyeok’s meddling existence, Flame would be remembered as the season three Korean hard carry. Even though Faker stole his spotlight, Flame still burns bright.

A Color for Every Occasion

The uninitiated will paint Flame as simply a carry player, but it’s more accurate to interpret Flame as the painter himself. Detractors will claim that Flame is one-dimensional; that he’s only got one color on his palette. They couldn’t be more wrong.

Here’s the best kept secret in League of Legends: Flame is a savage on tanks. He’s a painter with the full array of colors to work with. If circumstance calls for a carry, he has that color at hand. If the meta dictates tanks, Flame can whip that right up. With oils at bay, he can stir up any color or any style he desires.

Even the year of tanks wasn’t bad for Flame. In 2014, the top lane meta was essentially Renekton, Dr. Mundo, Shyvana, and Trundle. One might have expected Flame to fall off a cliff; it was an entire year of tank play.

He surely didn’t. Flame is probably the best Shyvana player ever. In fact, Shyvana is probably Flame’s best champion ever. In 2014, another term was coined: “The Flame Angle.” On Shyvana, his team fighting ultimates were so incredibly precise and dangerous, that he could always kill the enemy carries, even if they were protected by a strong frontline. On other champions, he was incredibly dangerous, but not quite the best.

In 2014, Flame was still dominant in lane. His control over laning movements and “auto spacing” was oppressive. Farming was also a specialty of his. In lane, he nearly always took a lead. Famously, he also often took ignite in search of kills. However, teleport was the most important summoner spell of the year, and Flame didn’t even bring it to the table. While he governed his dominion in top lane, opposing top laners simply made teleports around the map. Flame was still one of the best Korean top laners, he just wasn’t quite as effective as players like Baek “Save” Young-Jin or Choi “Acorn” Cheon-ju in their peaks.

When Flame went to China to play in the LPL, he was still primarily a carry player. He played his first games on carry oriented champions, like Lissandra and Irelia. Those picks didn’t pan out, but he quickly adapted and seamlessly shifted his champion pool towards tank and utility champions.

Flame’s Gnar was mind boggling. His presence was ridiculous in team fights, and if the enemy team made the slightest error, Flame would sneak his way in for a five man ultimate. A famous element of Gnar is the requirement for precise team communication and team fight synergy. Incredibly, he managed this level of Gnar play on a Chinese speaking team.

Aside from Gnar, he also had strong performances on Maokai and Rumble. You couldn’t crown him the best on those champions, but he was still more than a respectable utility player. Flame could showcase mechanical ability even on something like Maokai. No meta is off limits for Flame. He’s painted every sort of masterpiece over his career. Whatever the champion, Flame comes up big.

Flame has never been bad. In fact, he’s never even been average. Those who disagree will point to his periods as a second string player and the bench he warmed for a significant portion of two years.

Flame was a substitute on LGD and Longzhu. Acorn and Expession took the starting spots over him. As a result, he missed out on competitive experience, a lot of it. Even when he did play, his win rates were “extremely” average. In games played for LGD in LPL and Worlds, he managed a 53 percent win rate, and in LCK Spring, he boasts only a 47 percent win rate.

Many will say his resume has two terrible blemishes; his time on LGD and Longzhu are unforgivable in their eyes.

But, perhaps, Flame isn’t the one who needs to apologize.

Yes, Flame’s win rates were average, but he managed them as second string, which is quite an accomplishment. Teams will practice the vast majority with and around their starting roster, not their substitutes. When Flame is breaking even from behind, that should be considered a feather in his cap, not a black spot in his career. Even the valleys of his career would be the peaks for many others.

Yes, he missed quite a few games while on the bench, but he played quite a few as well. While on LGD, Flame played almost 50 competitive games. At the time, LCS splits were 18 games long per team, not including playoffs. If someone is prepared to criticize Flame’s competitive experience, they should be prepared to criticize Søren “Bjergsen” Bjerg and Zaqueri “Aphromoo” Black as well.

Even in 2017, the flame is still burning. Now, Flame plays for Immortals in North America. His debut at IEM Gyeonggi was telling. When everyone else on his team failed, Flame was the bright spot. Flame is the superstar of Immortals, and the main carry of his team. Flame and Joshua “Dardoch” Hartnett make for a mean one-two punch, and will certainly knock out the competition if they can continue to synergize.

Flame wants the carry role and he wants to dominate. In North America, he has the opportunity to do so. With a jungler like Dardoch, Flame has the tools to tyrannize the top lane. Even if the tank meta continues, 2017 will be the return of the carry top. No meta is off limits for Flame.

Flame’s story isn’t over, not by a long shot. He has every skill he needs to win American championships. He’s the classical carry, the consistent killer and the painter with a color for every occasion. Flame will be the best North American top laner of 2017. However, until the LCS starts, there’s no way to prove it. Until then, I’ll be here, fanning the Flame.

What do you think about Flame’s career? Let us know on Twitter @GAMURScom or in the comments.