The site seems to be collapsing financially. 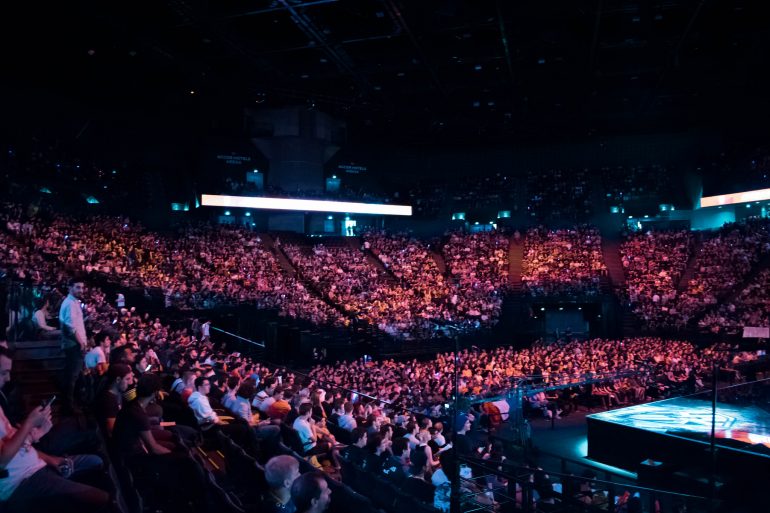 After what appears to be a financial collapse, esports community portal eSports.com has been entered into provisional liquidation by a Munich district court on March 14 this year. According to German esports site gameswirtschaft.de, a lawyer has been appointed to ensure what assets the site has remaining are frozen until the insolvency case makes its way to the courts.

The site launched in December 2017 following a successful cryptocurrency investment window in the form of an initial coin offering, which raised over €5 million. The site intended to revolve around its own cryptocurrency called the ERT, or Esports Reward Token, an offshoot of Etherium, one of the world’s most popular cryptocurrencies.

ERT would be offered as a reward both for spending time on the platform as well as contributing content. The company created 60 million of these tokens to populate the system. ERT could be withdrawn or traded like a regular cryptocurrency and would allow members to start making money off of their work or usage of the site. ESports.com was incorporated in Malta due to the country’s supposed friendliness towards cryptocurrency as well as the small country’s desire to become an esports hub in Europe, according to the company’s website.

In December last year, eSports.com began to operate in tandem with German free-to-air television network ProSieben after the network took a 50 percent stake through a subsidiary. This was intended to continue to build a legitimate esports platform for German-speaking countries after esports.com signed as the main sponsor for Sport1’s broadcast of ESL One Hamburg 2017.

The site followed this by partnering with Bundesliga side Borussia Dortmund as the organization looked to enter the esports scene. The club signed a three-year cooperation agreement with the site, originally intending to arrange esports tournaments. The Bundesliga side was taking an active interest in cultivating esports fans and converting them to football fans.“With our new partner eSports.com, we have found an ideal platform to reach the increasingly important target group of those interested in eSports,” Dortmund’s CEO Carsten Cramer said at the time.

He continued: “Above all, it is important to us to place our core business—football—with this target group. For this purpose, a website with millions of coverage and selective clientele is of course ideal.”

Traffic for the site was never impressive, however. The site only saw between 60 and 80,000  monthly visitors since September 2018, according to web analytics site SimilarWeb, a huge chunk of which likely arrived thanks to eSports.com’s prominent placement on searches for “esports” in Google. This lack of engagement when coupled with the shaky nature of cryptocurrency, could have been drastic for the site’s investors.

Issues at the site became public when former ESL manager Arne Peters resigned from the company as its Chief Strategy Officer in February. Details on his departure are unclear, but according to a Tweet from esports site The Shotcaller’s CEO Alexander Hugo, Peters left due to the company becoming a sinking ship.

Among the assets frozen by the provisional liquidation process is the site’s stake in Australian games company iCandy Interactive, after Fatfish Internet Group traded $4.56 million worth of shares in iCandy in return for 3% of esports.com as well as esports.com buying a further 16.5 million shares for approximately 1.3 million dollars. According to the agreement between the companies, eSports.com “aims to be the biggest eSports portal in the world. The platform will offer coaching by professionals, charity tournaments supported by celebrities, comprehensive statistic data, live coverage and it wants to take sports journalism, in terms of eSports, on a new level.”

At the time of writing, ProSieben has ended its business relationship with eSports.com and plans to continue its goal of bringing esports to German-speaking countries, now as a solo effort. Borussia Dortmund, iCandy Interactive and Fatfish Intergroup, are yet to make public comments, and it remains to be seen what will be left of eSports.com once the German courts have finished with it.