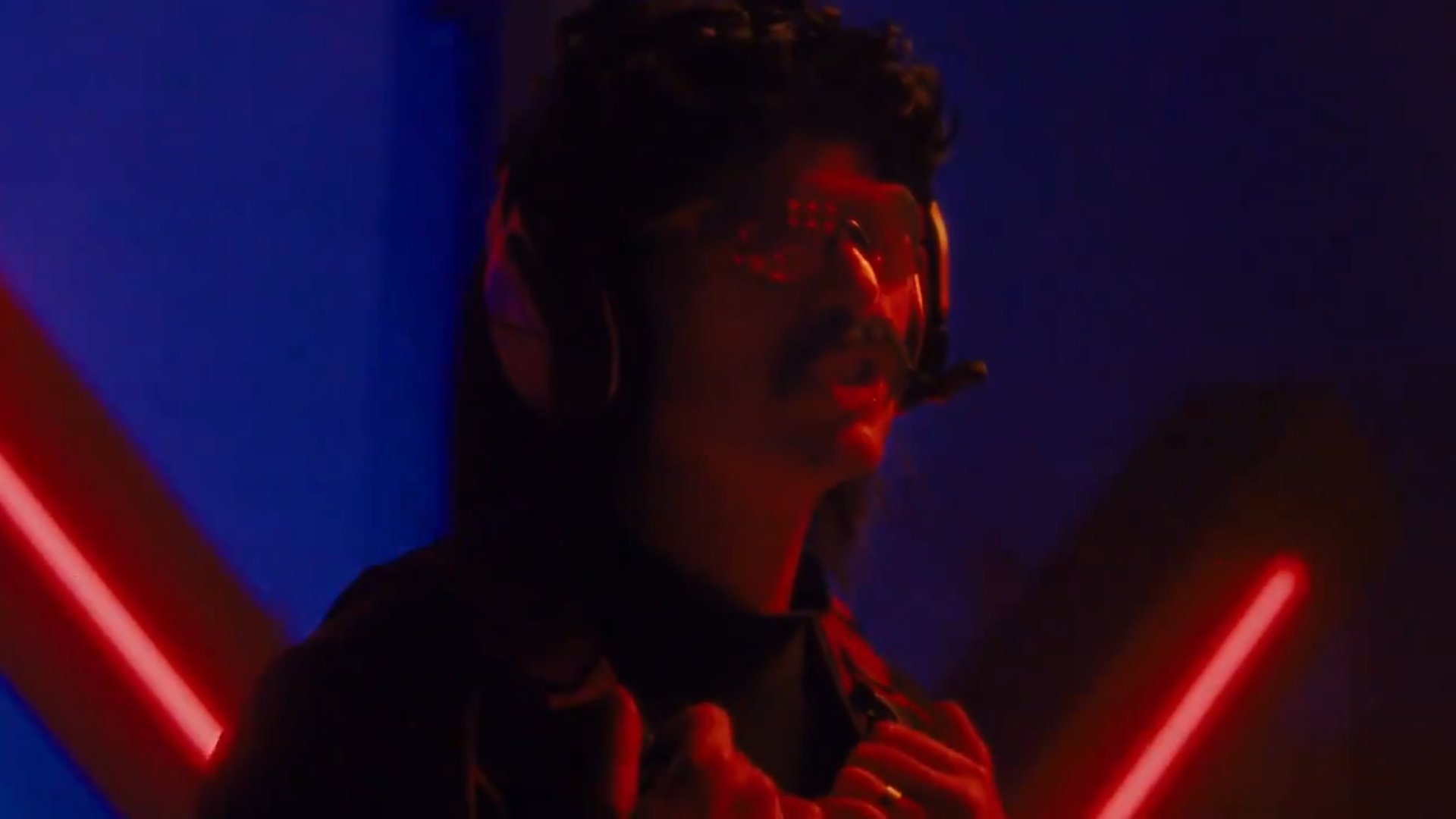 It’s about as outrageous as you’d expect from the Doc. The ad is dripping with his trademark swagger and ’80s synth vibes. It features an aerobics class, or “gamerobics” class, warming up and getting ready to exercise—and that’s when the Doc arrives.

The Doc teleports onto the scene with a boombox and his mustache comb, inspiring the members of the class to dress like the Doc and even sport a mustache like him. They dance, they exercise, and most importantly, they chug gamer energy drinks.

The star of the ad is the song, though. Doc lends his singing voice to what can only be described as magnificent. “Victory in a can,” Doc sings, before crooning about the drink’s “resealable lid technology created for gamers like you and me.”

The ad culminates with everyone chugging more Game Fuel and then shooting lightning out of their eyes, into the sky to create his logo like a gamer Bat-Signal. It’s truly, truly outlandish and very fitting for the Doc. He clearly had a hand in the direction of the ad and it’s definitely memorable.

The Doc continues to stream on YouTube after his Twitch ban last year, the details of which were never released to the public.