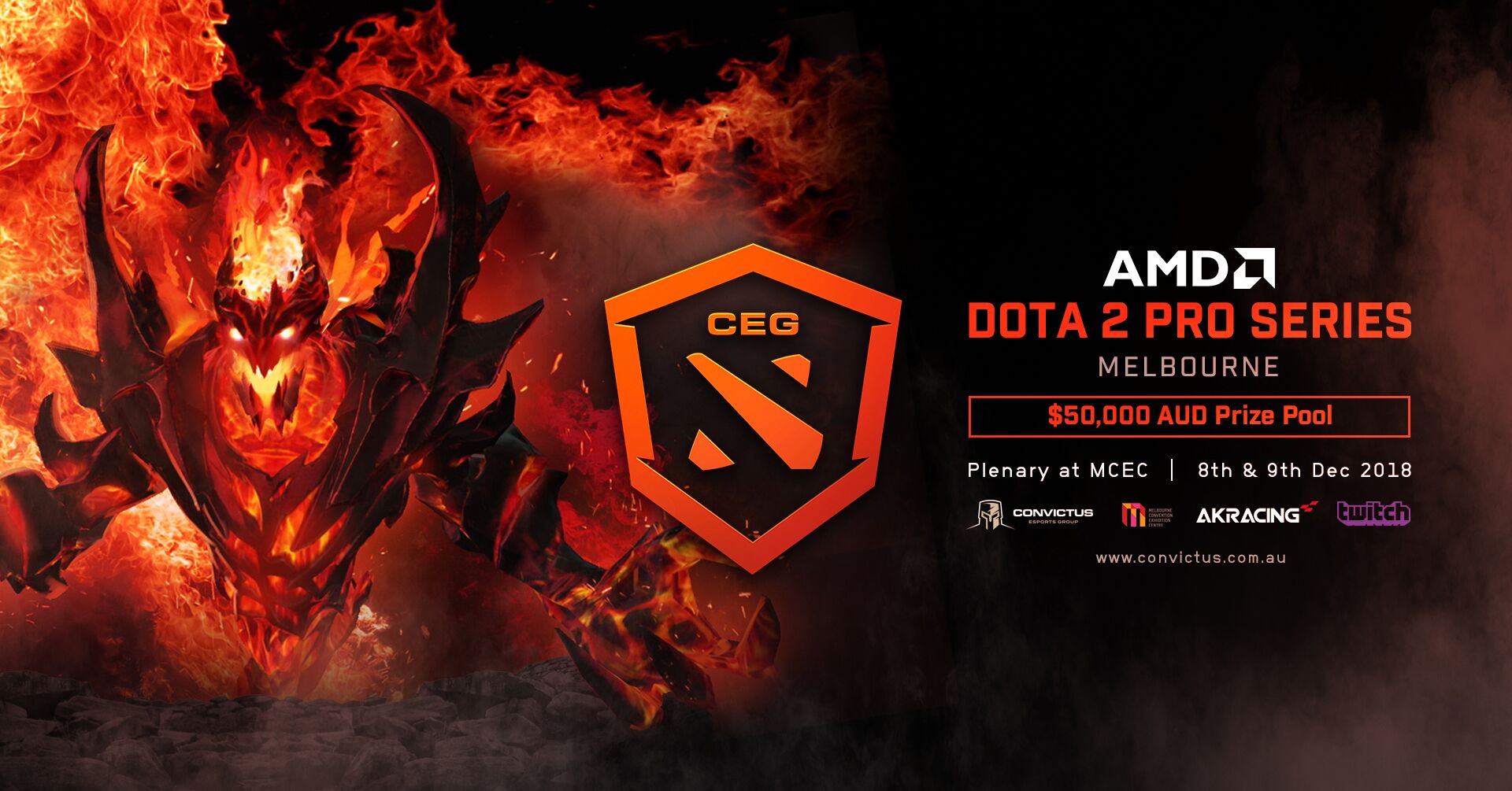 This article is brought to you by Convictus Esports and AMD.

AMD has partnered with Convictus Esports Group to bring the Dota 2 Pro Series to Australia with a two-day major event to be held in Melbourne, Australia.

This is the biggest Dota 2 tournament to ever grace Australian shores. Even current world champions OG will be in competing for a $50,000 AUD prize pool ($36,000 USD). The other international teams include Mineski, Newbee MGB, Deathbringer, Alpha Red, and PG.Barracx. Qualifying through the Oceanic region are Natural 9, a longterm Australian competitor and AGN Black, who are relatively new to the Dota 2 scene and are looking to make their mark.

“Convictus is the first major event that AGN (Australian Gaming Network) will be attending as an esports organization,” he said. “The fact that we’re competing alongside Natural 9 and international teams such as OG and Mineski is still a shock to us.”

He added: “To be able to attend such an event is quite a new and amazing experience for us and we definitely couldn’t have done it without the guidance of the Australian gaming and esports community, if it wasn’t for you all we wouldn’t be here, so thank you!”

It’s a clear sign of just what this competition will mean to the Australian Dota 2 community.

To complement the team line-up, a stellar cast of hosts, including Sir Action Slacks, Michelle Mannering, GoDz, R1sk, MLPDotA, Basskip will join the production. AMD will also have on-site experiences including cosplay competitions, stores to buy your favorite team’s jerseys, and a full display of AMD’s best products for you to test out with your friends.

The Dota 2 Pro Series 2018 main event will be held at The Plenary, Melbourne Convention Exhibition Centre on Dec. 8 and 9. The building has seen everything from live sports to massive rock concerts and is probably worth seeing even without the draw of Australia’s biggest Dota 2 event.

The Melbourne Convention and Exhibition Centre is located in the heart of South Wharf, and accessible by public transport and car. For directions and parking information see the official travel guide.