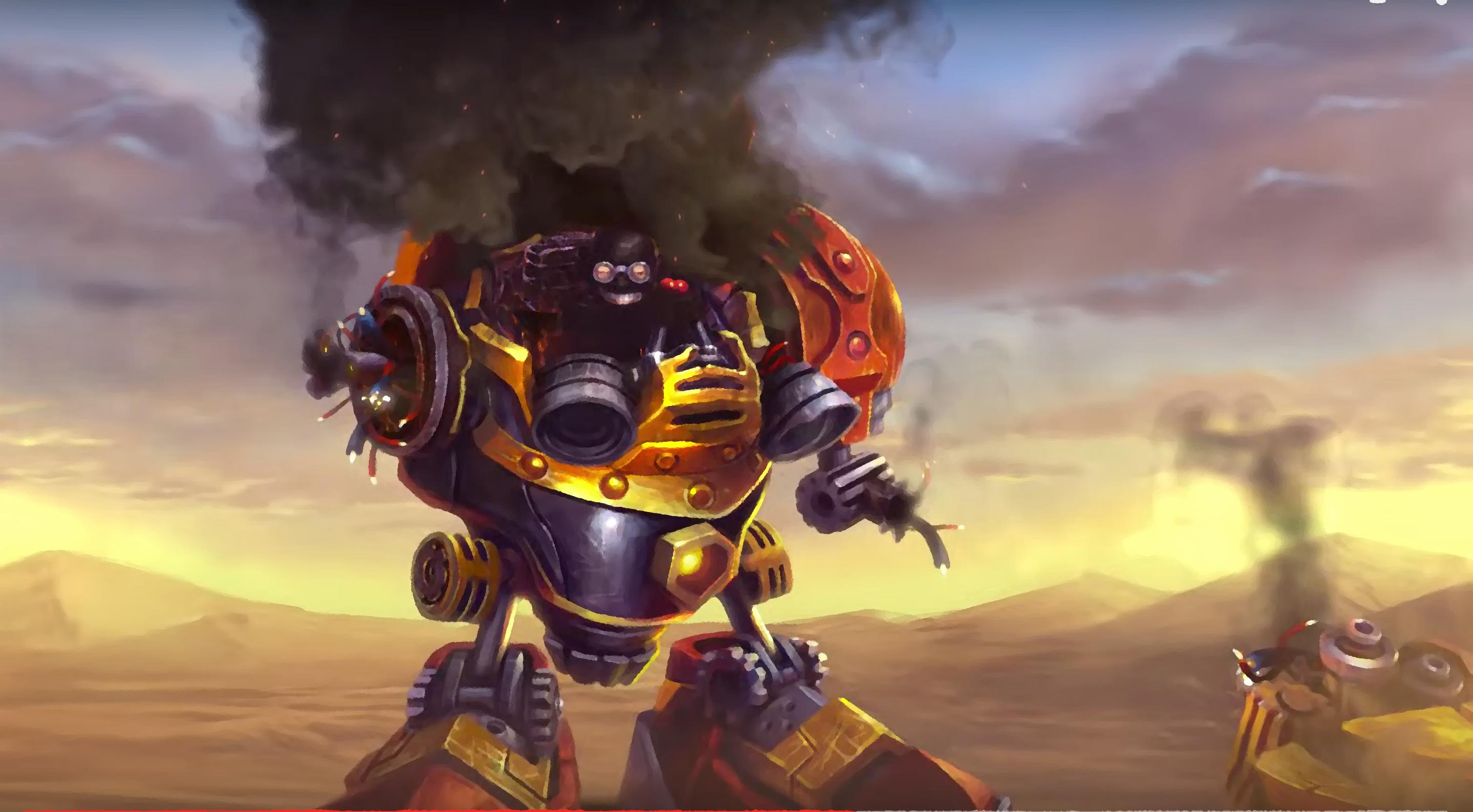 I wanted to make a change of pace and review a spell from thenew expansion.  I’ll be analyzing the new Priest card ShadowWord: Horror and how it stacks amongst the plethora of Priestremoval.  Let’s check it out: 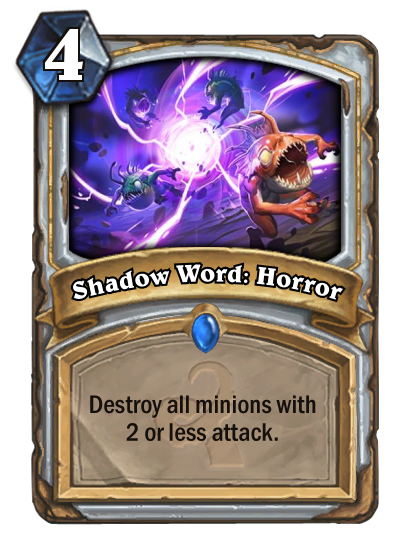 An immediate observation is this card will be great againstaggro decks.  This will be especially effective against AggroPaladin since it ignores divine shield much like Shadow Word: Painand Shadow Word: Death.  Shadow Word: Horror also counters ImpGang Boss, Feral Spirit, Mad Scientist, and a bunch of other earlygame minions.  Plus the 4 mana cost means Priest can play anearlier removal and save Holy Nova and Excavated Evil for later. Opposed to the Auchenai Soulpriest + Circle of Healing comboShadow Word: Horror only takes one card to get the job done.

However, I have a few problems about this card.  WhileAuchenai + Circle combo takes more resources to activate it is muchmore powerful than Shadow Word: Horror.  Minions on the boardmust have two or less attack in order to fulfill the condition ofthe removal.  Cards that get attack buffs like Mana Wyrm,Tunnel Trogg, Frothing Berserker, and Shade of Naxxramas can avoidthis condition and give the Priest trouble.  Also Priestsearly game minions still have the potential to survive an Auchenai+ Circle Combo, but not always SW: Horror.  Northshire Cleric,Twilight Welp, Wyrmrest Agent and Deathlord will get instantlyannihilated and leave the Priest with an empty board.  Priestcan deal with Northshire dying, but a Deathlord dying early oncould be cumbersome.

My final verdict for Shadow Word: Horror is that it will seeplay, but I think this card will be more meta dependent.  Ican see Control Priest carrying at least one copy of this inStandard.  Players should add the other copy if they’rerunning into a lot of aggresive decks that flood the board early onwith weak minions.    This card could also be a possibleaddition to Reno Priest.  Honestly, when I first saw this cardI was pretty disappointed.  Not because of what it does, butbecause Priest got more removal.  This was one of the firstreveals for Priest and I was hoping to see something a bit moreexciting.  Players have already seen Priest removal similar tothis and I was hoping to see something more dynamic for the class. I still think the card is fine, but I’m looking forward tosee more Priest cards that the design team has in store forWhispers of the Old Gods.