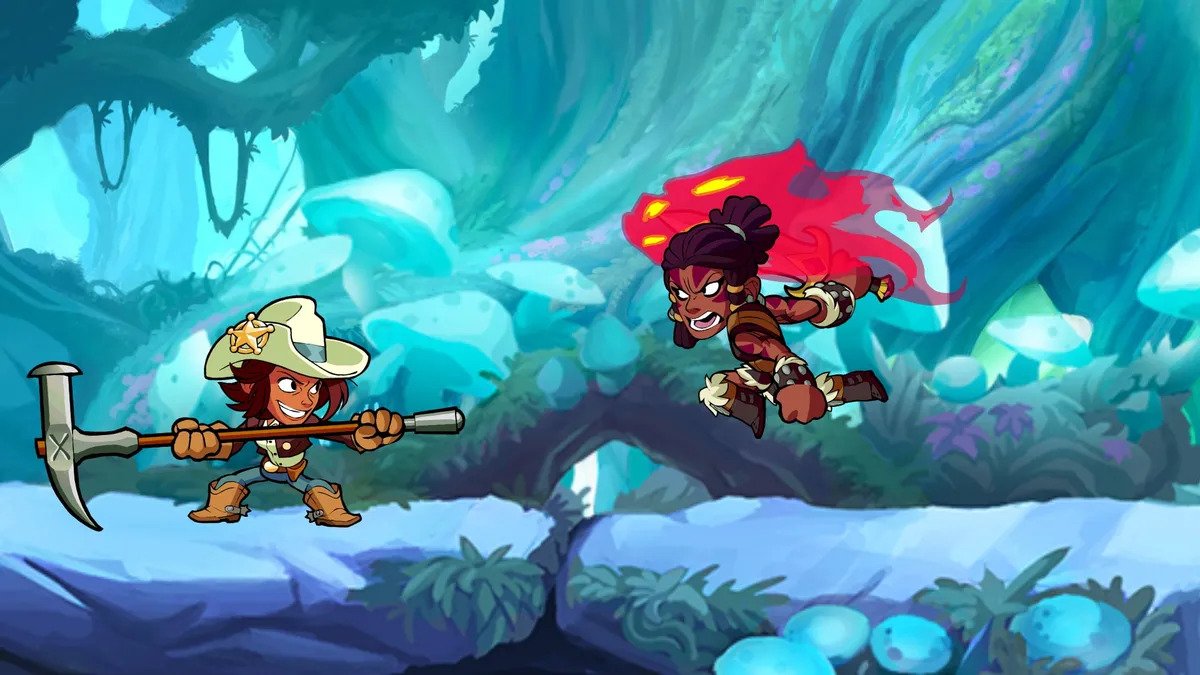 Weapons are a vital part of combat in Brawlhalla. There are a total of 13 weapons in the game and each one of them has a separate moveset that is unique. Every legend has access to two different weapon types.

Each weapon works similarly for every legend, but no weapon combinations are shared. The difference is that every legend has three Signature Moves for each weapon in their possession. As such, there are a set of distinct heavy attacks exclusive to certain legends.

The best way to succeed in Brawhalla is to understand how weapons work and which weapons are the best.

There are three stages of weapon usage in Brawlhalla:

Due to the nature and variety of weapons, we’re ranking them based on their power and utility in battle. Weapons will be ranked from weakest to strongest, starting from the D-tier to the S-tier. These rankings are based on personal opinion and player usage, so we know that certain rankings may vary.

These are weapons to avoid, if possible. Any of the other weapons perform much better.

The Greatsword is a huge, two-handed weapon with a unique moveset that allows for powerful light attacks and many string combo possibilities. Its attacks start slow but build up steam with each hit and subsequent combos make the next hit stronger. The key to maximizing a greatsword’s power output is to stay on the enemy, but because only a handful of legends can do that, this weapon’s potential lands it at the bottom of the list.

The Rocket Lance is a unique weapon with a lot of inherent power. It is basically a huge polearm with a rocket engine boosting its attacks. There are a few places it shines, for example, it can be advantageous during aerial situations. The Rocket Lance also has a mobility feature attached to it via its rocket-powered nature, which can be used offensively by propelling legends forward and defensively by repositioning them to avoid attacks.

These below-average weapons can still come through in a pinch, and their utility may surprise you.

The Bow is a ranged weapon that fires out projectile attacks. In terms of attack speed, this weapon shoots quite fast. Bow-wielding legends also use the weapon to close the gap between them and their opponents, which seems unique to Brawhalla. While grappling enemies with the Bow, players can also use arrows to pierce and stun their opponents. Even though Bow main legends are quite strong in the right hands, the Bow is outclassed by better options.

Once holding a slot in the higher tiers, the Spear is a quick attacking weapon with a deceptively long attack range. Players can easily knock their opponents around by utilizing this range while dodging their attacks and simultaneously counter-attacking. While it just looks like a long stick with a pointy end, there is a certain finesse to using a Spear. Legends that are Spear mains can utilize the weapon to its fullest potential via a barrage of pokes, prods, and stabs. Alternatively, some attacks utilize the Spear’s fluid movements to spin the Spear around, launching relentless attacks from multiple directions.

These are good weapons that can be great in the right hands. Don’t underestimate them.

The Cannon is a heavy weapon that deals heavy-hitting attacks. At first glance, it seems like the Cannon’s only utility would be blasting shells at their opponents, but they can be surprisingly powerful melee weapons. In addition, the Cannon allows for greater freedom with its wide range of attacks, keeping opponents guessing. To top it off, the powerful blasts from a Cannon main legend deal incredibly high damage.

Quite possibly the fastest attacking weapons in the game, the Katars are deadly at close-range. Don’t let their small size fool you because these dual knife-like weapons can easily string combos together quickly with their high attack speed. If there is any weakness in this weapon, it lies in the fact that they lack in the knockback department. The light knockback works out well because Katar mains prefer their opponents to stay within range so that they can quickly deal rapid-fire combo attacks to take opponents down.

The final weapon in the B-tier, the Sword is a short-ranged melee weapon. It is a one-handed weapon with an arsenal of rapid-fire but small attacks. Each attack deals a good amount of knockback and decent damage. It falls between the other two weapons in terms of weight, being lighter than the Cannon but heavier than the Katars. This balance in weight ensures a good damage output with fast enough attacks to make Sword mains consistent in the meta at all times.

These are amazing weapons, just shy of the S-tier. They always guarantee high performance in a fight.

The Axe used to be lower on the list in the past. It is a big heavy weapon that attacks relatively slowly as a consequence. However, these heavy-hitting attacks ensure a large knockback per attack. This giant cleaver has a long blade that allows players to catch their enemies at a decent range, while the heavy blade ensures that they will not be able to fight back efficiently. Axe main legends arguably do the most per-hit damage of most other legends.

The Grapple Hammer is a bulky brute of a weapon that deals two types of damage. This weapon generally has a sharp end and a blunt end, which makes it deal both blunt and cleaving damage. The blunt end is the main damage dealer, while the sharper end delivers the grappling aspect of this weapon. This weapon has remained a favorite of players since its inception and is one of the first weapons introduced in the game.

The Orb can be a strange weapon to use because it is a magic-based weapon. As complicated as it looks at first glance, it is relatively easy to control with quick attacks. The Orb generally floats over its user’s hand, waiting for a command. These can range from short-range face-to-face attacks to complex combos in the air, keeping enemies at a safe distance from the user.

These are the best weapons, bar none. They almost always ensure a victory, and no other weapons perform as well as the S-tier do.

The Blasters are one of the top weapons in the game right now because they’re dual-wielding guns that excel at long-range attacks. These attacks are fired in rapid succession and can be strung together as combos. Blasters are excellent face-to-face weapons since they can also knock back enemies, keeping them at the range Blaster mains want them to be. This can also be extended to aerial combos, keeping enemies in the air longer, leaving them helpless and unable to fight back. Players can also use this weapon’s blasts to maneuver around the battlefield.

The gauntlets are fast, close-range weapons that require their users to be close to their opponents. Pairing the close range with the low damage and light attacks makes Gauntlets seem even worse at first glance. This weapon genuinely shines in the S-tier because its quick combos can easily connect with other attacks. They are great at starting combos or simply continuing them, physically controlling their opponents around the battlefield. Their swift attacks make combos much easier to land while leaving little room for retaliation.

The final weapon on this list, the Scythe is a weapon with unique mechanics. It is the first weapon that featured active input for most attacks. This means the attacks from this weapon will differ based on the directional key being pressed while attacking. Combo strings from this weapon are unpredictable, making them difficult to defend against. Scythes also possess some of the best grappling effects that can be strung together with combos, making battling Scythe mains a tedious task.