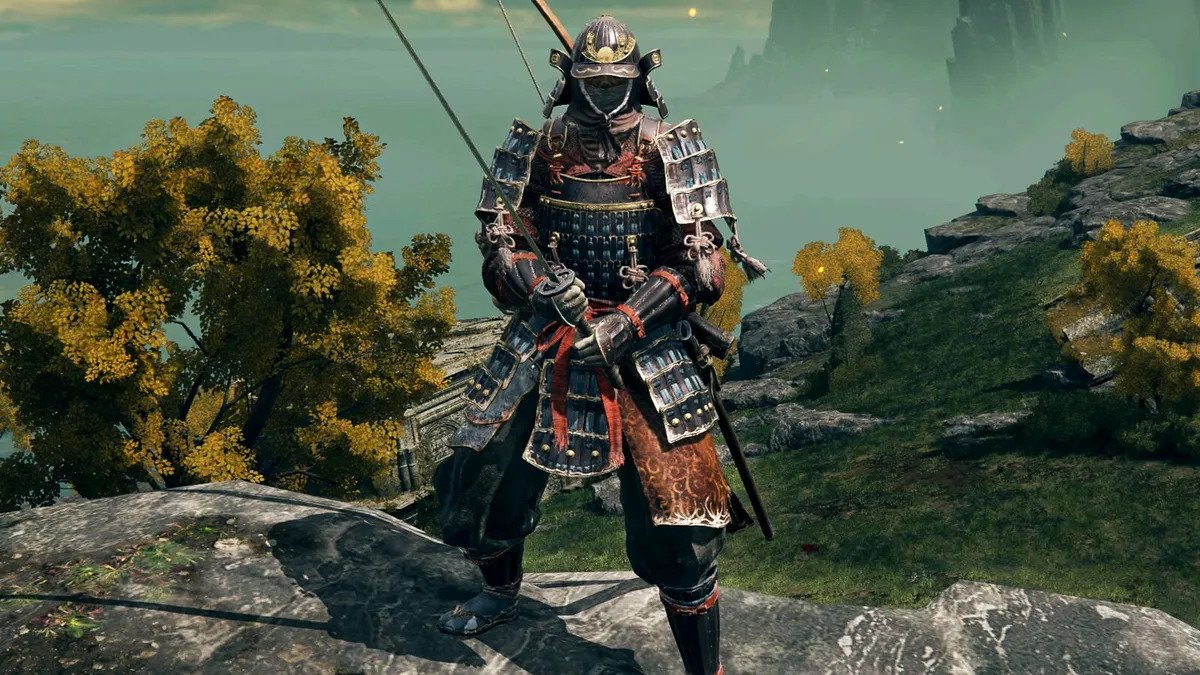 Elden Ring has taken the world by storm in the last few months. As time has passed, a lot of players have finished the game already and are going for multiple NG+ runs. There has never been a better time for players new to the series to get into the game because they will have enough help and guidance from experienced players and Souls veterans who have finished the game.

If someone is starting out, the number of class choices might intimidate or confuse them. For the beginners, we suggest going for the Samurai class. This class has one of the best starting weapons in the game in the Uchigatana. This weapon can actually be used all the way up to the end-game, although better weapons will be acquired along the way. The Samurai class also gains access to a ranged option with the bow, making it easy to take out early enemies at a safe range, at a time when players do not have access to better weapons.

When playing as a Samurai, the stat build is the first thing players need to keep in mind. Although respec is possible later in the game via rebirth, it is still better to level up certain stats with an end goal in mind to make the game progress smoother. To know which stats work best for a Samurai, we need to look at its starting stats:

If players choose to stay true to their starting stats, sticking with Dexterity as the primary stat is the way to go. The Uchigatana scales primarily with Dexterity. as well as most other katanas. if the player chooses to go down that path.

For new players, we recommend focusing on Dexterity and Vigor to keep an even balance of good damage with enough health to sustain fights. After this, we recommend focusing more on Endurance and Mind. This will allow players to have enough stamina to execute their attacks and enough left over to roll out of harm’s way. The extra points in Mind are helpful for players who use a Moonveil or another Dexterity weapon that utilizes FP.

The next thing that players will have to decide is what kind of gear would work for them. Gear is divided into three important types of equipment:

Starting off, the armaments consist of the weapons and shields that players would use. Weapons can range from melee to ranged to magic armaments, each utilizing different stats to be effective. For the Samurai class, we will be focusing mostly on katanas and other weapons that scale off Dexterity.

The best weapons for a Samurai would be any of the following:

Next up, the armor sets. Choices of armor in Elden Ring do not matter as much as they do in other games. Basically, the key goal with armor in this game is to be tanky enough to survive most attacks while also maintaining a medium equip load at best, to ensure dodge rolling is optimal. For the Samurai, there are a few armor sets that make them look like one:

And finally, we get to the talismans. There are a lot of choices here based on the playstyle. Basically, we would recommend getting stat-boosting talismans but others that proc status effects more frequently or heal the player are also great. These talismans work the best:

Getting to the playstyle of the Samurai, assuming players have stuck to the Dexterity build suggested earlier, it would entail players having to utilize either katanas, scythes, daggers, bows, or other Dexterity-based weapons.

Whatever weapons players decide to choose, they need to remember to maintain a medium equip load to be able to roll properly to dodge attacks. Being a melee class also involves a lot of close-range battling, so dodging becomes an essential skill. On the offensive side, Dexterity weapons are generally fast, so having one with a status effect proc on attack is definitely handy.

On the defensive side, the Samurai starts off with a pretty terrible shield that only offers about 68 percent physical damage mitigation. It would be best to just ditch the shield early and opt for a two-handed playstyle with the Uchigatana (until better weapons are found). Learning to roll better instead of attempting to block would definitely improve gameplay.

Another way to go would be to equip a shield with a quick parry animation. This can be essential if the player opts to go for a more parry-oriented route against bosses and enemies that are parryable. Parrying enemies almost always guarantees a stagger window of opportunity to counterattack with a devastating critical strike. Being a Dexterity build user also ensures that the critical strike or backstab damage will be quite high.

To further emphasize the parry/backstab playstyle, players can opt to use a dagger as their offensive choice. What daggers lack in reach, they make up for in high backstab and riposte damage. With the new stealth mechanic added to Elden Ring, backstabs are now easier than ever, especially in closed-off dungeon areas or near isolated enemies.

And finally, players can opt to focus on the ranged playstyle using bows. While bows were not as impressive in earlier FromSoftware games, a lot of them have been buffed and made viable in Elden Ring. Bows like the Serpent Bow that have poison procs per attack are perfect for Dexterity builds, especially since they can also add bleed to it using Bloodbone arrows.

Dexterity is a very flexible stat and Samurai users can choose to play using a variety of methods, entirely dependent on their imagination.