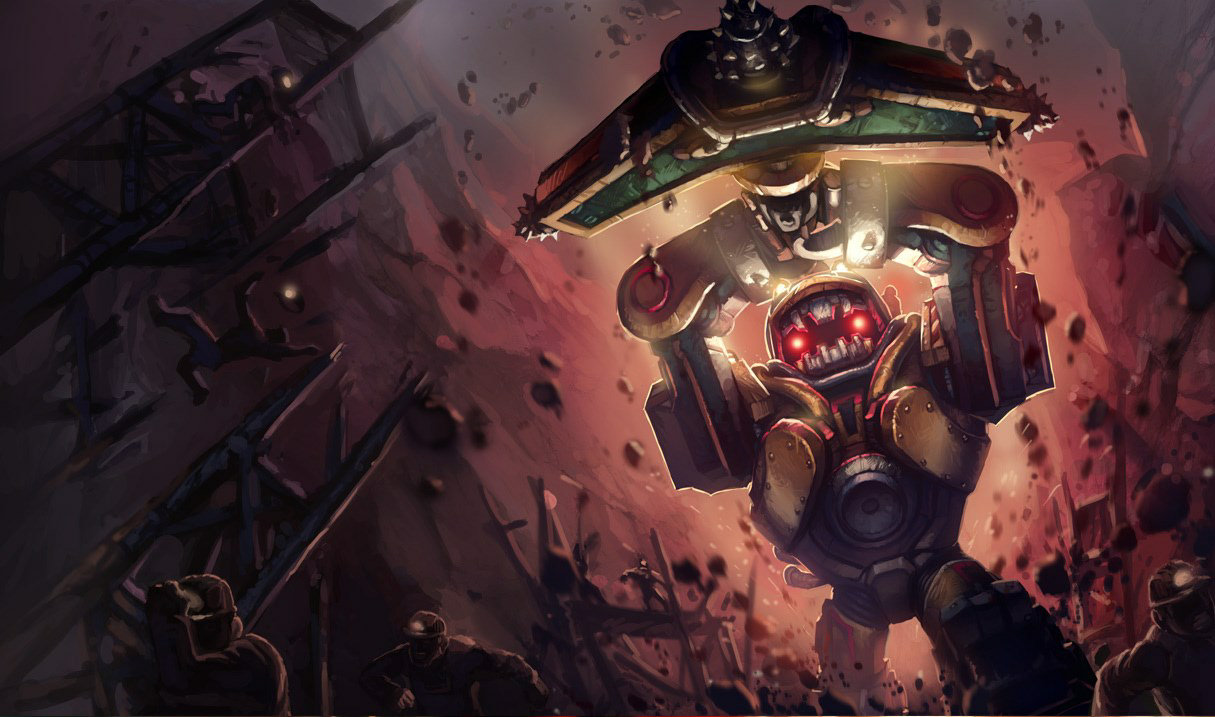 League of Legends’ latest rune, Shield Bash, is going to be a ton of fun for super tanks with self-shielding. We hope you’re ready for the return of top lane Nautilus, because he’s going to be right at home.

But Nautilus is far from the only champion that can use this rune. There are other tanks, sure, but some bruisers and supports might see it played as well. And with no more Bone Plating, the damage that this rune will put out will definitely be felt, especially in the lane phase.

Here are the champions that are best suited to run the rune.

The first thing to note is that the rune gives flat resistances to a champion, but it’s added damage scales off the bonus health of the shield target. That means an ADC that receives a shield from, say, Janna, won’t all of a sudden become super broken, unless that ADC is building health.

It also means that things like Seraph’s Embrace won’t turn champions like Ryze into an unstoppable burst machine. Okay, that item still makes Ryze nearly unstoppable, but at least he won’t benefit from the added damage from this rune.

Now that we have that out of the way, who does it work on?

Nautilus really is the poster child for this rune. Not only does he have a long-lasting shield that will work great with Shield Breaker’s resistance boosts, his shield skill already gives his basic attacks and extra magic damage boost. Add in the root from his passive, and this rune could have Nautilus mains maxing W for maximum dueling potential in lane. Here are other tanks this rune could be good on:

But tanks aren’t the only ones who can have some fun. The question is whether this can make the Resolve tree an option over Domination and Precision. Bruisers who can take this rune will have to build some bonus health, so we’re basically looking at Sterak’s Gage users. Sorry, not sorry, Riven.

The wild and the weird

Unfortunately for assassins, this won’t work on the likes of Ekko and Diana unless their build paths change dramatically. But there are a few wonky champions that it could work on.

The last way that this rune could be broken isn’t on a specific champion, but on team comps that have multiple shielders. The ones casting the shields obviously wouldn’t run the rune, but if paired with tanky champions who are also reliant on basic attacks, this could make for some fun interactions.

Can you imagine something like Orianna mid and Janna support with a jungle Jax and top lane Aatrox? Just throw the shields on those two, who are already difficult to kill in teamfights, and watch them go off.

Of course, the rune doesn’t stack, so the shielders would need to carefully layer their shields so that the targets don’t waste the empowered basic attack. For that reason, this is probably not going to be a solo queue strategy. But just imagine a pro team with good synergy running multiple shields. That could break the rune in a heartbeat.