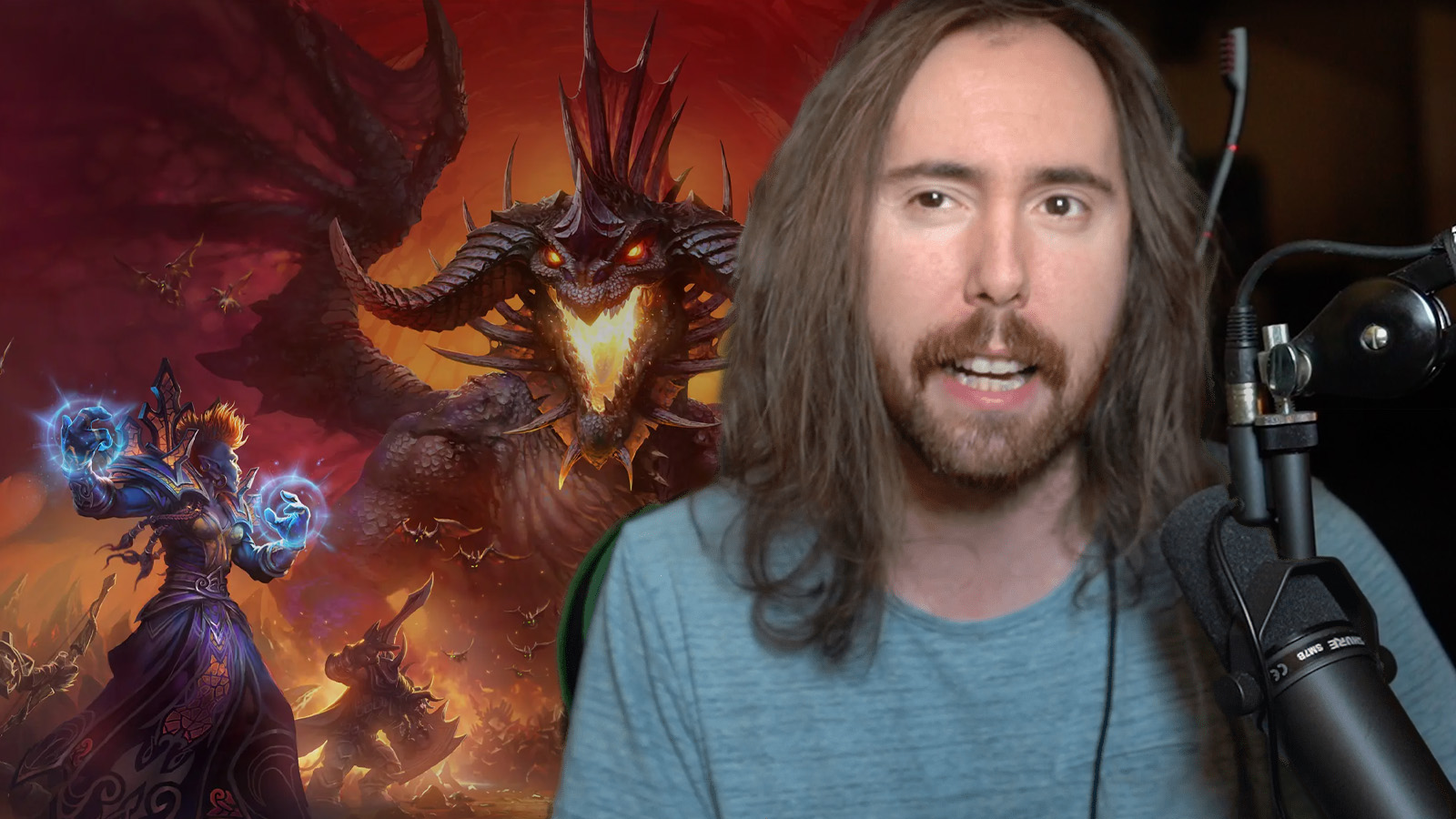 Image via Blizzard and screengrab via Asmongold on Twitch

World of Warcraft’s newest legacy content is on the horizon, but the game’s most influential content creator isn’t holding his breath that it will be groundbreaking.

On stream today, Asmongold discussed his expectations for Wrath of the Lich King Classic, and similar to how he approached Burning Crusade, he doesn’t expect to spend a ton of time re-exploring the world.

Admitting that he will play the expansion and expects to have a good time, he added that it’s not something that he believes will be a goldmine for streaming content that will take his stream “to the next level.”

“I will enjoy going back and playing Wrath again,” he said. “It’ll be nice to go back and do the raids again, and I think that I will genuinely enjoy it. … I’m not worried about it. I’m not negative about it at all, but I’m also not super hyped up.”

When Blizzard originally began producing Classic content in August 2019, Asmongold was at the forefront of the WoW category, as well as at the top of Twitch.

The start to Classic WoW led Asmongold to personal record-shattering viewership numbers, and in-game, he was responsible for creating a thriving community that was so large it required the creation of multiple guilds.

By the time TBC Classic came around, though, the streaming popularity of the vintage WoW content had faded significantly. And since then, Asmongold has moved away from focusing on Classic content.

“It’s just going to be fun for a while,” he said. “We’re going to go back, do it again, and then do something else.”

Last year, Asmongold dipped his toes into new MMOs, playing Final Fantasy XIV for the first time on stream. And in 2022, he’s branched out further, giving Lost Ark more than 200 hours of airtime and doing 80 hours worth of an Elden Ring playthrough. He has only streamed WoW (including retail and Classic content) for just less than 60 hours so far this year, according to stats by Streams Charts.

The approach by Asmon shows his continued content strategy of diversifying his portfolio of games so that he can maintain his voice as an authority on the MMO genre as a whole, without becoming one-dimensional.