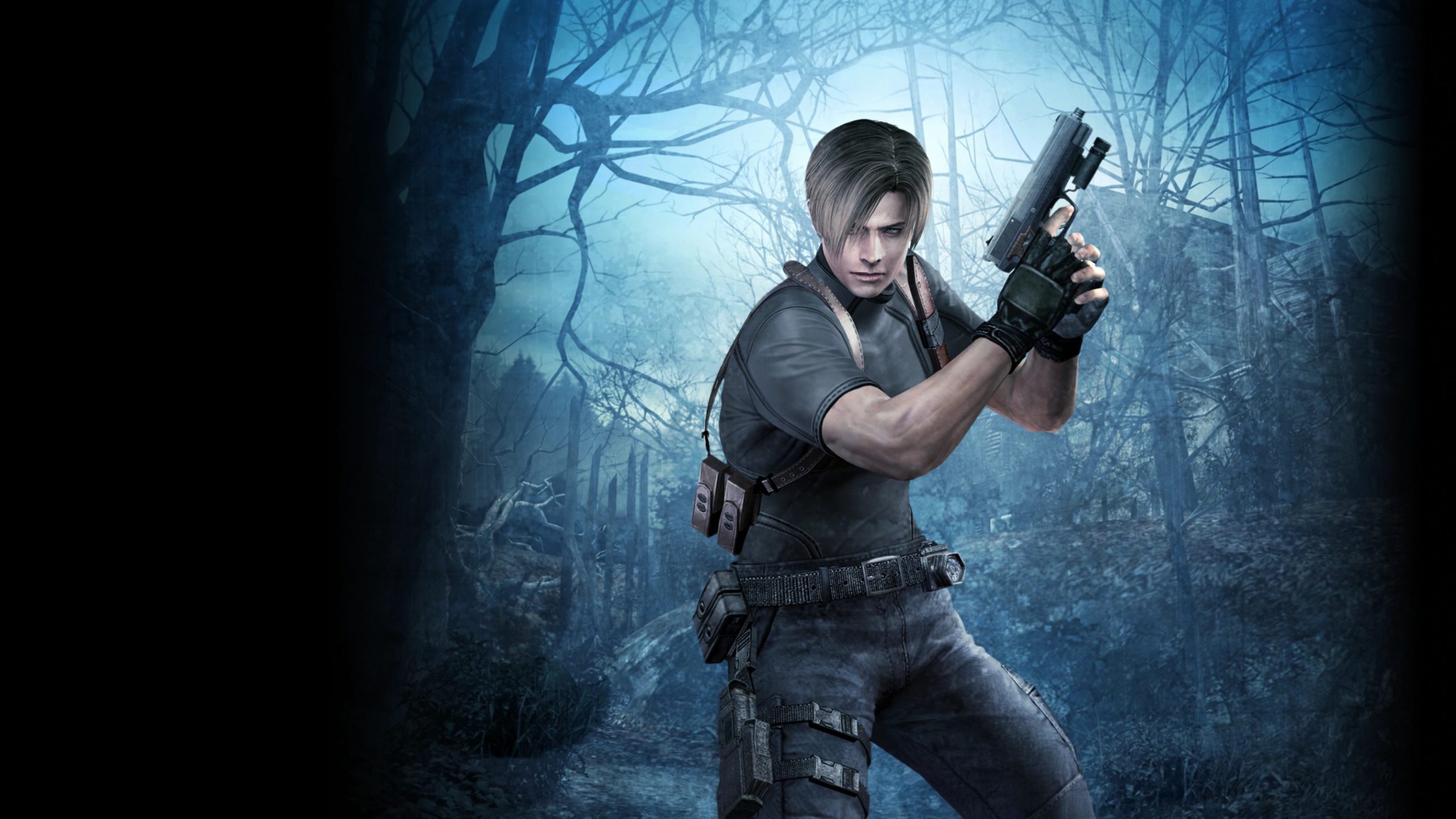 Resident Evil is a long-running action-horror game series created by Capcom. Since their inception in 1996, these games were known for being scary and even pioneered some of the horror elements we see in modern titles. But not all of the titles in the series did so well.

This third-person perspective, episodic journey felt more like a sloppily produced horror movie rather than what the Resident Evil series has shown us so far. Barry’s lighter tone in this dark world does have its charms, but it drags down the appeal of what made the first game good in the first place.

It does have its good points though, the action is still gripping and the survival elements of the game make it exhilarating at points, but that is still not enough to get it out of the lowest spot on this list.

Quite possibly the lowest of the mainline games on this list, Resident Evil 0 serves as a prequel to the events of the series before the original Resident Evil. Although looking back, it might not be as bad as initially perceived, it still lacks in almost every department. That includes lackluster storytelling and action that some would deem unworthy of a Resident Evil title.

The game was originally released on the Nintendo Gamecube but was then ported to other platforms eventually. Being an inception story, the zombie threat in this game has not been as worldwide as the others, which is probably the reason why the monster battles in this game felt somewhat dull compared to later entries in the series.

Resident Evil 6 was expected to release to universal praise but instead turned out to be a step in the wrong direction. Capcom took everything that was cinematic in the previous games and doubled down on it, creating a more movie-like experience than a Resident Evil game.

The game took a departure from its horror roots to focus more on a cinematic experience, making for a very different game from its predecessors. The playable characters were different from the rest too, being efficient zombie hunters, making players feel like the hunter instead of the hunted.

The fan backlash from such drastic changes, such as varied quick-time events and absurd boss battles, came from long-time players of the series. The newer players still enjoyed these changes and it eventually became the best-selling Resident Evil game at that point.

Despite the existence of a Resident Evil 3, most players consider this to be the true Resident Evil 3 experience. First released on Sega Dreamcast, Resident Evil: Code Veronica turned out to be a little messier than initially expected. This arose from the fact that the game was going into the realm of a true 3D atmosphere, unlike its predecessors.

The other issue came forth in the form of its irregular gameplay elements. While some aspects of the game stayed true to its predecessors, the unappealing and at times, frustrating, level designs combined with lots of backtracking made for a slog to get through. The nostalgia of seeing Chris and Claire Redfield was not enough to correct some of these issues.

This would be the series’ first misstep in their games but they would quickly correct these issues in their upcoming games in the series.

Unlike the previous Revelations entry in the series, the first Resident Evil Revelations is quite beloved amongst fans of the franchise. This game showed players what a third-person perspective could do for the series, making it just as gripping and scary as its first-person counterparts.

The game’s exclusivity to the Nintendo 3DS made its accessibility somewhat limited though since most players were used to playing the series on various consoles as well as the PC. This game, however, does great on the platform it was released on, serving as a great side story to fill the gaps of what happened to Jill Valentine between Resident Evil 4 and Resident Evil 5.

Eventually, the game did make its way to other systems, including having an updated version for the Nintendo Switch.

After the massive success of Resident Evil 4, Capcom failed to capitalize on the hype with Resident Evil 5. Despite bringing Chris Redfield back to the series, their focus on a more action-centric game rather than sticking to their horror roots brought a lot of divided opinions amongst the fanbase to light.

The game’s constant focus on its multiplayer aspects ended up diluting the experience instead of enhancing it. The game’s tone was made for a scary single-player experience rather than having someone help the player out through their journey. With the focus switching from horror to action, this became an unfortunate consequence.

If there was a silver lining to this game, it would be the lore. The game’s consistent writing leading to a coherent plotline was something the series had been missing for a while.

The only entry in this list where the remake of the game ended up falling short of the classic. Resident Evil 3 received praise from fans of the series for its swerve into the action genre and its protagonist, Jill Valentine.

Unlike the Redfields, Jill had access to a mini-armory of weapons at her disposal making for very satisfying zombie culling. Sadly this game fell into the same trap as a lot of its predecessors. Even though the original game had some action elements, the remake focused a lot more on them, even omitting some of the content from the original in favor of action sequences.

The final nail in the coffin was the watered-down Nemesis in this game, only sparingly being used for certain action sequences instead of being perceived as a constant threat throughout the game. This aspect greatly weighed down on this game, landing it on this spot.

Resident Evil 3 was the first game in the series that decided to take a slight turn away from some of its horror elements to enter the action genre. This would be an action seen much more frequently in later titles to the point where Resident Evil, as a series, had an identity crisis. But rest assured, this game was not the reason for that, even if players might consider it to be the catalyst.

Nemesis also polished the concept of the pursuer, making him even stronger as the game progressed, giving him access to better weapons and super strength that allowed for scarier chase sequences. To counteract this, the game also introduced an ammo crafting system, allowing players to fight back even if they were initially out of ammo.

Resident Evil 3 set a precedent for future games and unfortunately, not all of them were capitalized upon.

Resident Evil: Village was a refreshing return to form for the series. Sticking true to its horror roots and getting rid of most of the mistakes of its predecessors in the series, this game takes players on an unforgettable journey.

The game puts players back into the role of Ethan Winters, this time searching for his daughter. Village was also responsible for introducing the highly popular nine-foot-tall vampire to the series, Lady Dimitrescu. With a strong cast of characters, classic survival elements, and a return to the Mercenaries mode, Resident Evil: Village was an instant hit upon release.

While it may be too early to call this entry a modern masterpiece, it is certainly leaning towards that way.

The first game highlighting beloved protagonist Ethan Winters to the series, Resident Evil 7 does a good job at removing some of the more bloated action elements in favor of classic horror moments in the series.

Biohazard was also the first game to introduce the first-person player perspective to the series, making it a true horror experience. This game was intended to be a hard reset after its disastrous predecessor and it accomplished just that.

Despite the entire game taking place in one mansion, the lack of different areas did not take away from the gameplay. In fact, the restrictive feeling of being trapped in this mansion with the maniacal Baker family only enhanced the players’ experience.

The game that inspired a franchise, the first Resident Evil was released during the peak of the grunge era. As such, the game’s darker tone and fixation on its survival horror elements made for a welcome addition to the culture scape of its time.

While other games of its time that were focused on gore had a very chaotic atmosphere, Resident Evil had a method to its madness. The game did not throw its entire arsenal of zombies and scares at players at once and instead focused on a more story-oriented approach where less was in fact, more.

The success of this game was eventually taken to greater heights with its remake a few years down the line.

The remake of the original game was received just as well, if not better. While the game stayed true to its roots, the addition of a new graphics engine and battle system made for a fresh new take on a classic from the ‘90s.

The original creator made his return to the series to polish the game and fine-tune it to the modern standards of its time, giving it a fresh coat of paint while still maintaining the original sinister aura the classic game had.

In addition, the game also added a new plotline to the original story including Lisa Trevor. This ramped up the disturbing nature of the game even further, landing it this high on the list.

Often tying with the top entry on this list, Resident Evil 2 is a downright classic that also inspired a faithful remake two decades later. The game took everything that was good in the first game and made it better, with features highlighting Raccoon City and the Umbrella Corporation in much more detail than before.

For the first time, the game featured two protagonists instead of one, Leon and Claire, with the terrifying presence of Mr.X looming in the background. Each of them has their own journey and story, meeting different characters and overcoming different challenges, leading to a crescendo in its finale making for one of the most satisfying endings a Resident Evil game has delivered since.

The remake of the Resident Evil 2 thrived as not only a remake of a classic but also as a standalone game. It retained everything from the previous game while improving on the graphics and gameplay as well.

The game’s focus on its story elements, keeping Leon and Claire at the center of all the events while not omitting anything out like the Resident Evil 3 Remake did give this game a true faithful remake feel. The remake also retained all of the fear factors of the original, seamlessly blending them together with updated graphics to make a scarier game than the original.

While fans go back and forth between this game and Resident Evil 2, in our minds, Resident Evil 4 takes the top spot on this list. Despite focusing on some action-heavy elements like in Resident Evil 5, it was nowhere as much. The game’s focus on its horror roots along with the welcome tone in action scenes made for a masterpiece of its time.

This game introduced the perfect third-person camera perspective that would be used in future games not named Resident Evil as well. Resident Evil 4 also introduced the concept of starting off big by throwing a lot of action elements at the player right off the bat. While some people say these changes ruined the series for years to come, most others praise this title for being the best Resident Evil game of all time.