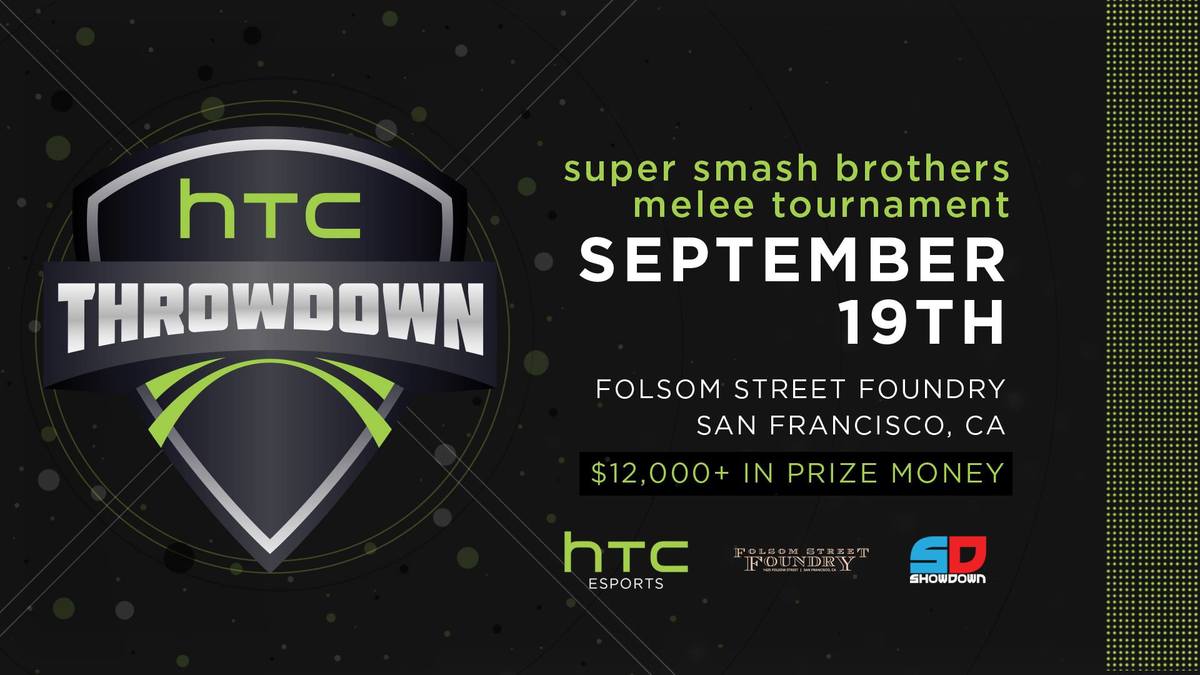 From the may 6-8 the Austin Convention Center will host the first Dreamhack ZOWIE Open in North America. Eight teams will do battle for the lion’s share of the $100,000 prize pool. As well as providing some great matches, this tournament is set to bring us 3 epic storylines too. Can Tempo Storm defeat a slumping Luminosity, is Slemmy an upgrade for Cloud9 and which American powerhouse can claim that they are the best American team.

1. Battle of the Brazilians

Dreamhack Open Austin (DH Austin) will see an epic clash between the two power houses in Brazilian Counter-Strike. Made all the more exciting with how Tempo Storm (TS) and Luminosity Gaming (LG) look coming into the event, this is sure to be a great show of Master vs Apprentice. LG, led by the godfather of Brazilian CS Gabriel “FalleN” Toledo, approach this tournament as clear favourites to win. Although they had a poor showing in Dreamhack Masters Malmö, with an early exit in the groups, there is no team in Austin that can match LG for individual skill or tactics. With the most recent Major tournament under their belt, LG seem to be in the best position to take home the $50,000 awarded to the victor. However, another strong candidate to take the winner’s share of the prize pool, and arguably looking in better shape than LG is the consensus number two Brazilian team – TS. The ex-Games Academy roster have reached incredible heights under the TS banner, since joining the organization on February 11. This past Sunday the world saw TS win their first premier tournament, taking down SK Gaming in the finals at the CEVO Season 9 Gfinity Professional Finals.

While TS looked on fire throughout the Gfinity tournament, the opposite must be said for LG in the time since their victory at MLG Columbus. FalleN’s team exited Malmö much sooner than their skilled lineup warranted, with early losses to mousesports and Tyloo preventing them from even making it out of the groups. Since Malmö, their online results haven’t been spectacular, an example being a best of three series against Team Solo Mid that went to the third map, with LG barely winning their maps 16-14 and 16-12.

Although the form coming into DH Austin favours the TS lineup, it’s hard to ignore the skill ceiling that LG possess. With LG in Group A and TS in Group B, if both teams enter the tournament at the top of their form and take first in their respective group, we could be treated with a fully South American final.

On April 23, Cloud9 announced the arrival of Alec “Slemmy” White to their CS:GO roster to take over the role of in-game-leader (IGL). Prior the his addition, Jordan “n0thing” Gilbert was the IGL for the North American (NA) side, who showed but a shadow of the tactical prowess displayed when Sean “seangares” Gares was calling the shots up until late 2015. While it may look like Slemmy has been signed by a team far too experienced for someone as unproven as him, it may be that the strategical brilliance Cloud9 possessed in summer 2015 may start to return under the leadership of a new strat-caller.

In July of 2015, a Cloud9 roster, that featured the tactical but low impact fragger seangares, reached the final of the ESL Pro League Online Finals. At this point in time Cloud9 were the undisputed best team in NA, beating the french giants Team EnVyUs on two separate occasions, not dropping a map in either game. The tactical Cloud9 also put up a hard fight against Fnatic in a best of five final, winning one map and being on the cusp of taking two more from the Swedes. The influence of seangares was often evident in the roster’s terrorist side rounds, such as when they picked up 10 T-side rounds on Dust II against Fnatic, a map the Americans would ultimately lose and thus be named the runner-ups of the Pro League Finals. In the absence of Sean, Cloud9 have failed to reach the glory they experienced with him, failing to qualify for even Dreamhack Masters Malmö, losing to the Brazilian team Tempo Storm. When dissecting what is missing in the current Cloud 9 roster, the absence of a dedicated IGL is apparent.

In a statement given on the addition of Slemmy on Cloud9’s website, the manager for their CS:GO team, Tres “stunna” Saranthus, recognises that an IGL is needed to structure their current mix of scattered skill. He states, “In Slemmy, we see an eager and hungry player who has dedicated himself to the craft of IGL, which we have been searching for.” While it is too early to credit wins to Slemmy, in his debut against OpTic in the Esports Championship Series Season 1 he led the team to claim 10 Terrorist rounds on Mirage, a heavily Counter-Terrorist favoured map.

With the reintroduction of an experienced IGL like Slemmy, I feel like Cloud9 may again possess both the individual skill in Tyler “Skadoodle” Latham and Mike “shroud” Grzesiek, and the leadership and executions not present since seangares lead the team. With an IGL dictating the flow of a game and shroud and Skadoodle getting the kills needed, Cloud9 look like they may be in shape enough to challenge the top teams at DH Austin, such as LG and CLG. Whatever Cloud9 you’ve seen in the last few months, expect to see a different team in Austin.

3. Who is the best team in North America?

Not only will Cloud9’s new look be showcased in Austin, as will two other top NA teams attempting to prove themselves the best American team. With Liquid hurting after the loss of star player Aleksandr “s1mple” Kostyliev, Counter Logic Gaming (CLG) still looking strong after their top eight finish in Columbus and Cloud9 bringing a more tactical player into their roster, DH Austin will be the ultimate showdown for the top three NA teams. In previous tournaments the three aforementioned teams looked unequal, with one clearly seeming stronger than the others. However, I feel like this is the closest the teams have been to each other’s ability in some time. With Liquid the obvious choice for best NA team prior to the Major and Cloud9 being dominant in the Summer of last year as I outlined in the previous point, it’s a change to see no clear team miles ahead of the other coming into DH Austin skill wise.

The team in the best form coming into DH Austin is CLG. The NA team, who are often overshadowed by Team Liquid and Cloud 9, have been putting up respectable results in recent games. The team reached their first Major tournament quarter-final at MLG Columbus, and may have gotten further were it not from a godly series from s1mple against North American rivals Team Liquid. CLG had a solid look in Columbus, beating an EnVyUs lineup that, while diminished, were still a top tier team. The reason I see them performing above the team that knocked them out of the last Major is a more recent online result. On Sunday, CLG met a Liquid side without s1mple, and proceeded to win 2-0. With CLG providing one convincing result after another as of late, DH Austin could be their chance to cement their position as the best NA team.

Building on what I explored in Cloud9’s restructure, I feel like they are in the second strongest position to reclaim the throne as best team in NA at DH Austin. Looking at Cloud9’s 2-1 victory over NRG on May 4th, it’s a blast from the past to see shroud putting in a huge performance. Dealing over 100 damage on average each round, the Canadian had a +41 kill/death ratio. Cloud9’s other cannon, Skadoodle, also put in a performance worthy of his Summer 2015 self. The presence of an IGL alongside arguably NA’s two best fraggers puts Cloud9 in a position of strength. Slemmy’s sharp mind directing NA’s top firepower makes this new Cloud 9 a real contender for the title of best NA team. However, what prevents them from being the favourites from North America this tournament is they haven’t proved this new roster against higher level teams.

While Liquid looked in amazing shape in Columbus, it seems that without the Ukrainian AWPer s1mple, they need to reinforce the fact that they are still the best NA team. While their spectacular win over Fnatic at the MLG Major was a team effort, I credit their success at the Major to s1mple. The number of frags s1mple was able to secure for his team were a major boost for Liquid, with the youngster picking up 51 in a best of 3 series against CLG in Columbus, 15 higher than his closest teammate. In the Sunday match where Liquid faced CLG, the recently signed Kenneth “koosta” Suen only managed an average of 71 damage per round, not a high enough number when filling in the shoes of s1mple. S1mple’s average damage per round at the MLG Columbus Major was 83, not only a greater amount than koosta’s but also against tougher opposition. Another lackluster performance that game came from Eric “adreN” Hoag, who’s inspired performance at the Major seems unlikely to be repeated. AdreN only contributed 23 kills in 62 rounds, which won’t carry Liquid far into DH Austin should he fail to improve.

While all the team’s mentioned above have the potential to plant themselves at the top of the NA ladder, I see CLG having the best chance. While shroud and Skadoodle are performing well, the lack of results against high level teams prevent me from putting Cloud9 above CLG, who have proved themselves against the best recently.

DreamHack Austin is sure to be a contested tournament, with the two best South and three best North American teams all looking relatively equal. While I think CLG would take this tournament if the two Brazilian lineups weren’t attending, I see the victor of this tournament to be Tempo Storm or Luminosity Gaming.