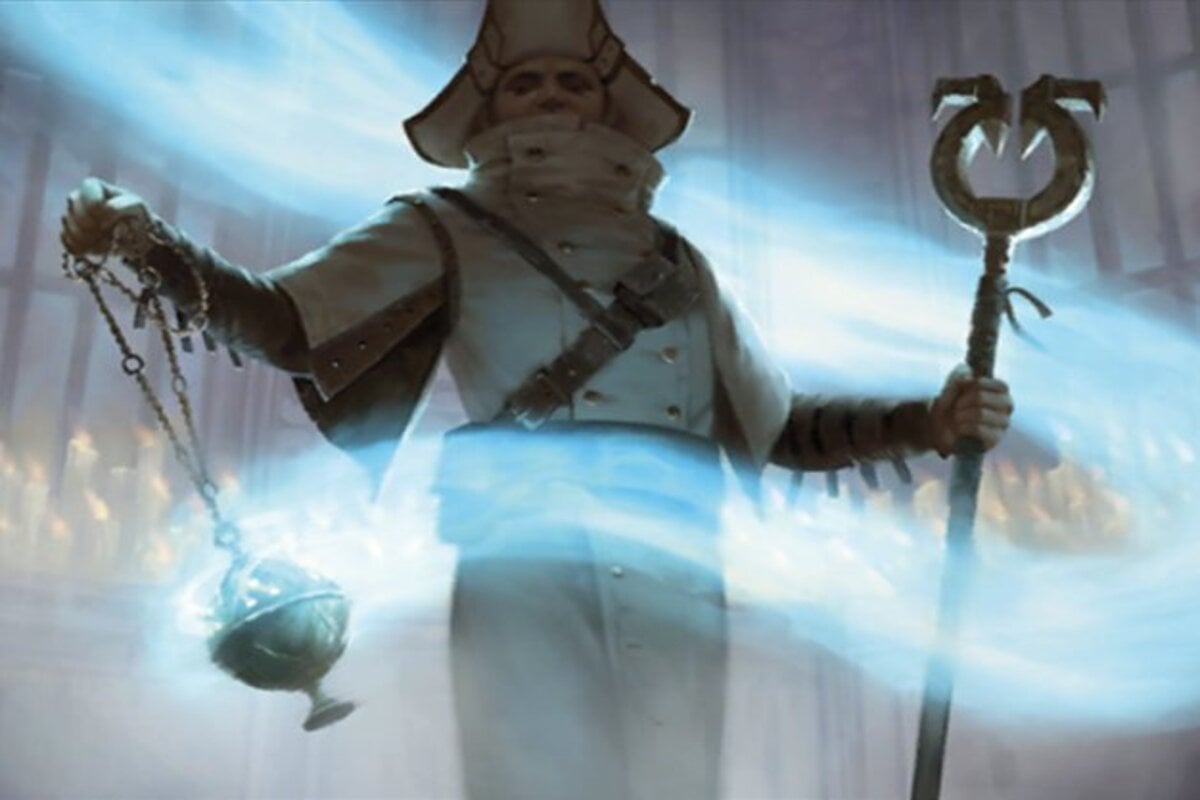 Mono-Blue Magic: The Gathering decks might become relevant once again within the Alchemy and Historic formats with the inclusion of the Neon Dynasty: A22 spoiler, Semblance Scanner.

Scheduled to go live via MTG Arena on March 17, over 20 new digital-only Neon Dynasty: A22 will drop into the Historic and Alchemy formats. Revealed today by Taalia Vess, Semblance Scanner is a three-drop Mono-Blue Artifact creature with an ability that can scale quickly out of control within the right builds.

By itself, Semblance Scanner has poor stats for costing three mana, as it will never deal combat damage to an opponent unless there are no blockers. Equipping it onto another creature that can, like one that has Flying or Trample, changes everything and creates an abundance of jank opportunities.

Semblance Scanner is also a shapeshifter, meaning it can slot into any tribal-themed deck that wants to include the MTG color Blue. This could include creature types like human, warrior, cleric, squirrel, and rogues that already have existing tribal-themed decks.

Players can test out Semblance Scanner when the Neon Dynasty: A22 expansion releases via MTG Arena on March 17.