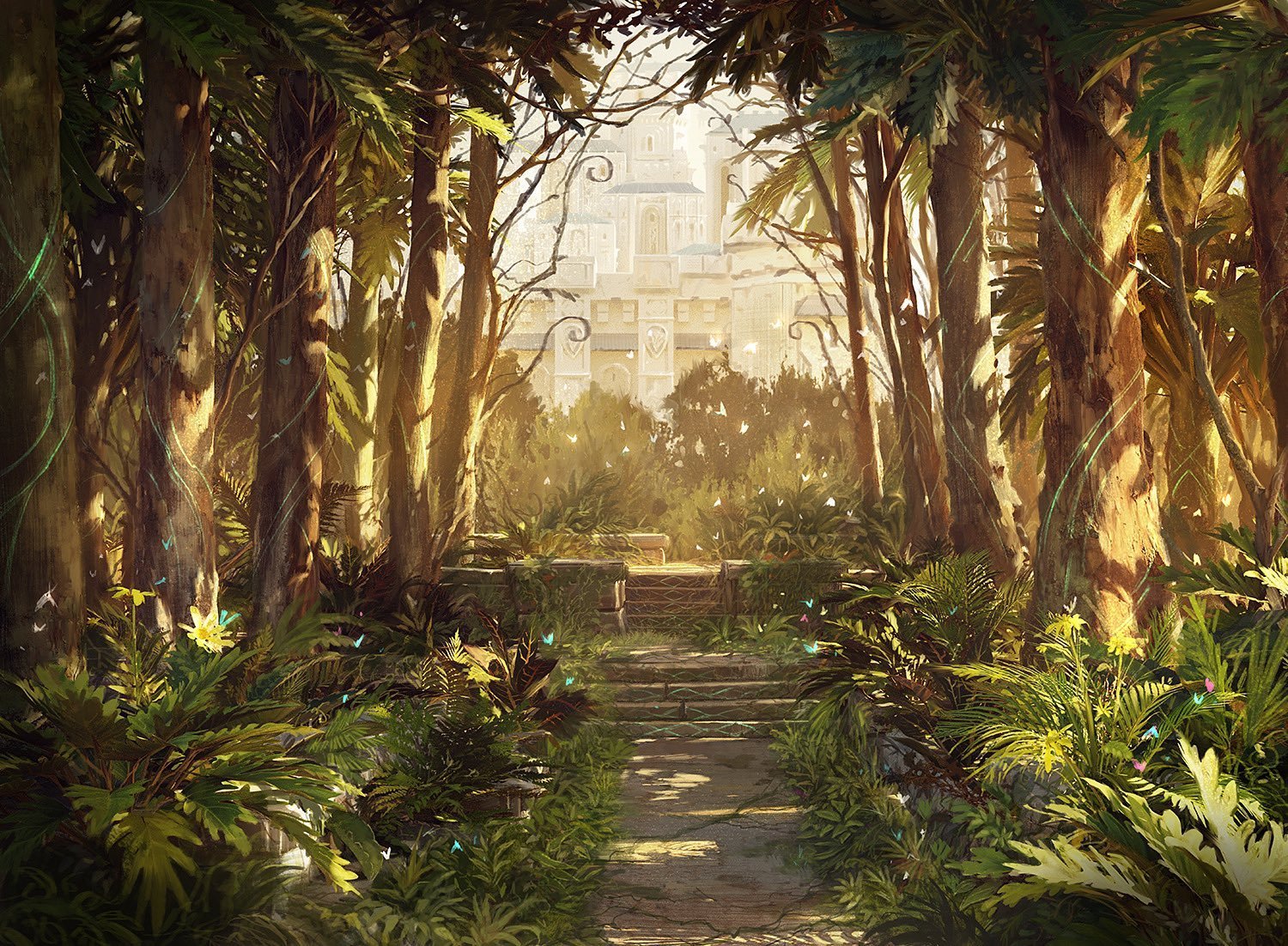 Magic: The Gathering‘s entry into the digital design space is set for its biggest release yet with Alchemy Horizons: Baldur’s Gate, which will bring new mechanics and cards to Magic Arena.

However, the creation of digital design has led to some wordy cards. With how specific Magic is with decades of interactions to account for, there are sure to be cards that require a lot of text. The first set of Alchemy: Baldur’s Gate spoilers brought a card with six different sides, making it one of the most complicated cards in the game’s history.

Viconia, Nightsinger’s Disciple uses the new digital mechanic “Specialize.” Specialize allows players to pay mana and discard a color or land type card. Then that card becomes a new card with effects based on what color was discarded.

Viconia starts off as a two-mana 2/3 Elf Cleric with Specialize 2. The number represents the mana cost needed to activate the ability. Viconia also has the activated ability to exile a card from a graveyard for one mana.

There are five different forms Viconia can turn into depending on which color is discarded. There are 293 words of text between all forms of Viconia. This amount of text can cause difficulty for players faced with a wall of text and five different choices.

This is largely due to the templating of Magic cards. Many of the Alchemy cards still resemble tabletop Magic cards when it comes to wording. This leads to repetition between each form. Learning which parts of the card are consistent across all and the differences will help understand how Viconia works.

Here are the basics of Viconia and its five variations.

Use Viconia’s second activated ability to exile cards from a graveyard. Prioritize exiling Creature cards to get full value out of most forms of Viconia. If you intend on using the U/B Viconia then make sure to exile and Instant or Sorcery as well. Once one or more card is exiled with Viconia’s ability, then it’s time to use Specialize.

Specialize costs two mana and discarding a card. The color you discard determines which version of Viconia can be used. It can only be activated as a Sorcery.

What does each version of Viconia do?

When Viconia specializes, you conjure a duplicate of target Creature card exiled with Viconia’s ability into your hand. The duplicate perpetually gains, “You may spend mana as though it were mana of any color to cast this spell.”

This core ability is consistent across all versions. The only deviation is with Viconia, Disciple of Arcana which allows the player to conjure a duplicate of an Instant or Sorcery too. That spell also gains the perpetual ability. Each specialized Viconia has a power and toughness 3/4. They all have the activated ability to pay one mana to exile a target card from a graveyard.

The differences lie with the extra ability the conjured Creature perpetually gains. This is the only difference between each version. Here are the different perpetual abilities.

Some knowledge of the color pie helps simplify these abilities. The perpetual ability aligns with something that’s commonly found in the color. Discarding a Red card can give the Creature haste and discarding a Green card gives flat power and toughness boost.