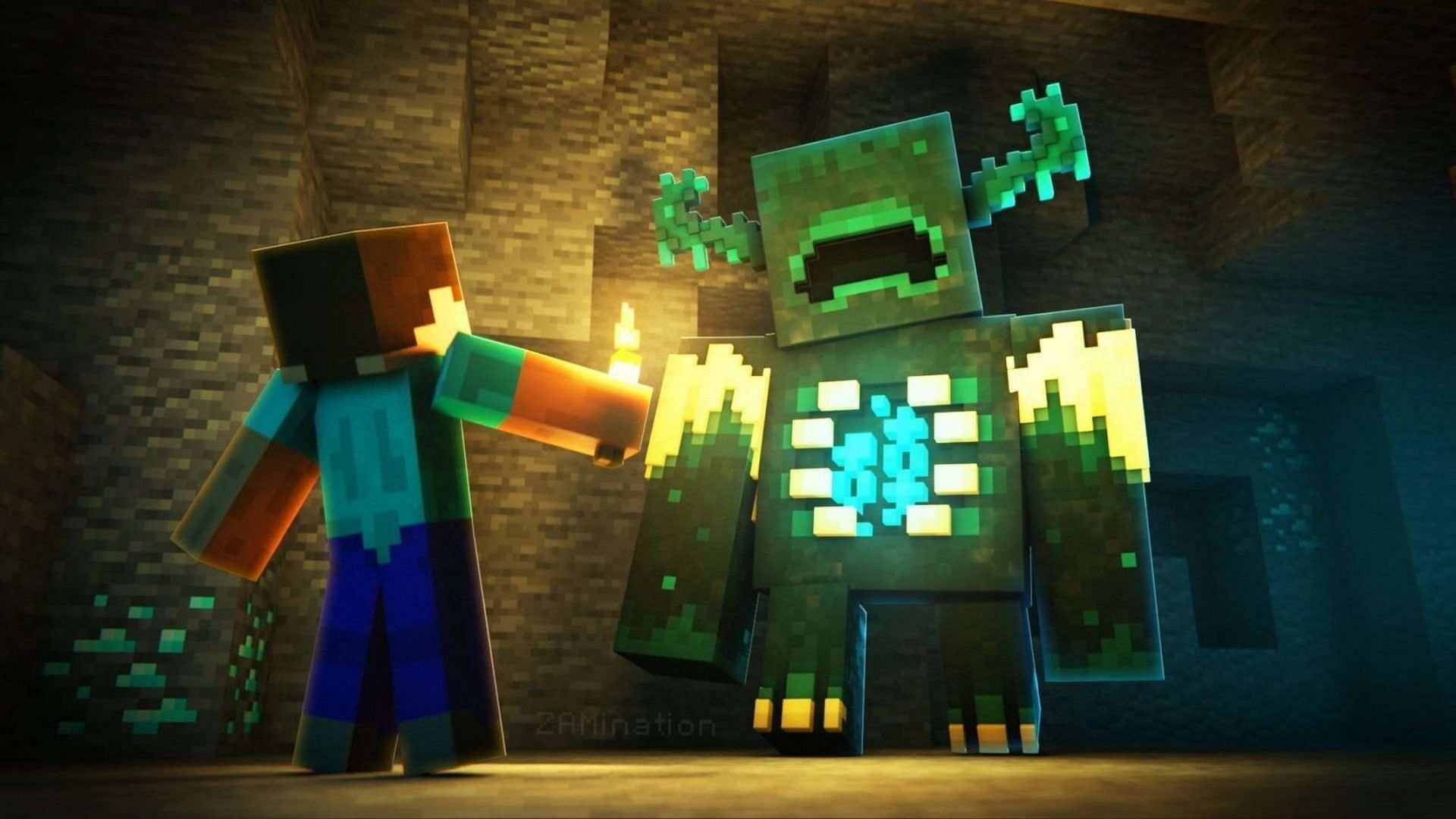 The Warden is one of the biggest hostile mobs in Minecraft. Unfortunately for players looking for a new challenge, this mob isn’t out yet.

While it was expected to release in 1.18’s Caves and Cliffs update, a bunch of issues with the mob alongside delays meant the Warden—and other elements like the Deep Dark biome and the newly released Frogs—should come out during the 1.19 update instead. The update is known as The Wild, but there isn’t much information about it.

There is no official release date for the Bedrock and Java releases of update 1.19, with the only know timeframe being the year 2022. The update is expected to release on all platforms at the same time when it becomes available.

Fans can also expect to see more of the Warden, the Deep Dark biome, and The Wild Update appear over time in the many Minecraft snapshots to give PC players a chance to try out the new content ahead of the official release.

Frogs were added to the game in late 2021 to try ahead of the official release later this year. This means it’s only a matter of time until players can face off against this new blind foe at some point in 2022.