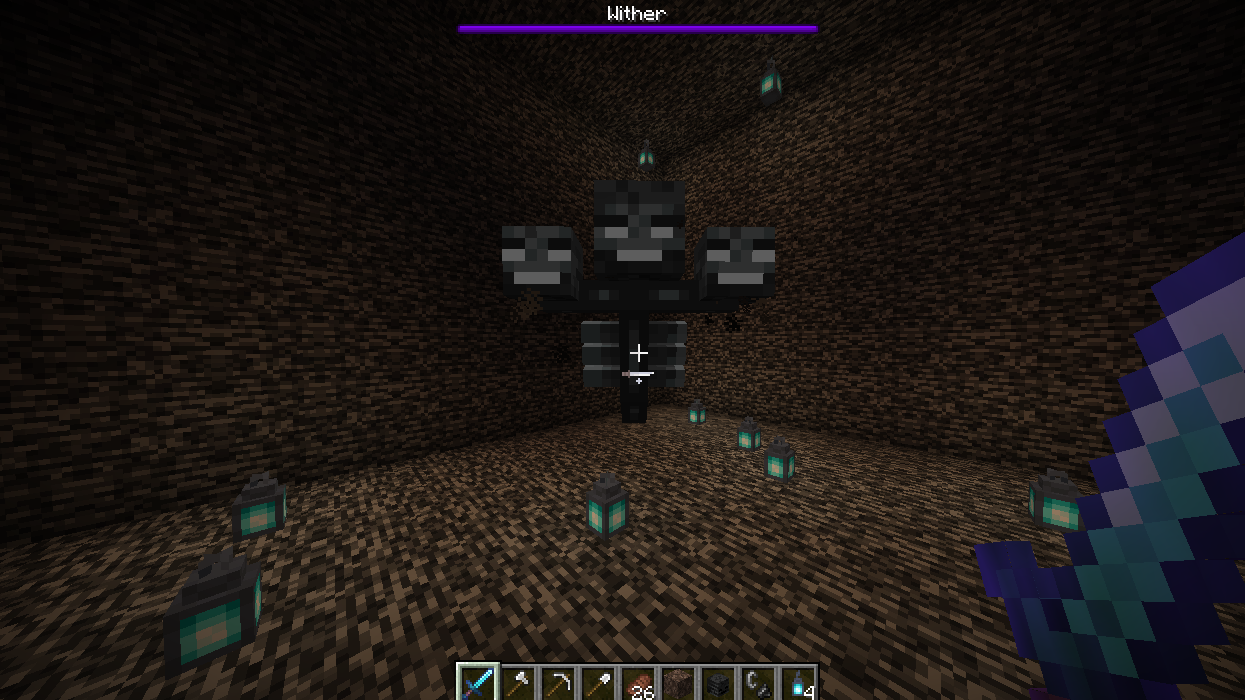 Most people familiar with Minecraft regard the Ender Dragon as the big boss of the game, but the Wither is arguably just as difficult a boss to face, if not more.

The Wither also grants a better reward. It’s the only source of nether stars, which can be used to craft beacons, one of the most useful items in the game.

Taking on the Wither requires quite a bit of setup, so here’s a full breakdown of how to summon the three-headed boss.

Gathering wither skulls is the hardest and most time-consuming part of the process. Wither skeleton skulls are dropped by wither skeletons, a hostile mob that can only be found at nether fortresses.

Wither skeletons are a tricky foe to face. With every direct hit they apply, the dangerous wither effect turns all hearts within the health bar black and deals repeated damage to players. This effect can easily kill players, and because it turns the health bar black, it’s usually hard to know how low your health is until it’s too late.

Every wither skeleton killed has only a 2.5-percent base chance of dropping a wither skull. Even if players use the Looting enchantment, which increases the percentage by one percent for each level of Looting, the maximum wither skull drop chance with Looting III is still only a meager 5.5 percent. This means that anyone hoping to take on the Wither will need to be patient and likely kill many wither skeletons before they’re able to obtain the three skulls they need.

While soul sand valley biomes are pretty common and easy to find in the Nether, sometimes you get a bad Nether spawn and can’t find one no matter how hard you search. If this is the case, look around the staircases of any nether fortress for nether wart gardens.

Before starting this step, make sure you’re nowhere near any structures, animals, villagers, or other such entities you care about. The Wither launches explosive skulls and will destroy anything in its path, so find an area you don’t mind being destroyed to take this boss on.

To summon the Wither, first place the four soul sand or soil in a short “T” formation, as pictured below.

Next, place the three wither skeleton skulls across the top of the three soul sand or soil blocks.

Finally, take on the fearsome Wither as it tries to destroy everything and everyone in its path.

After you successfully defeat the Wither, it will always drop one nether star, which can be crafted alongside five glass and three obsidian to create a beacon.