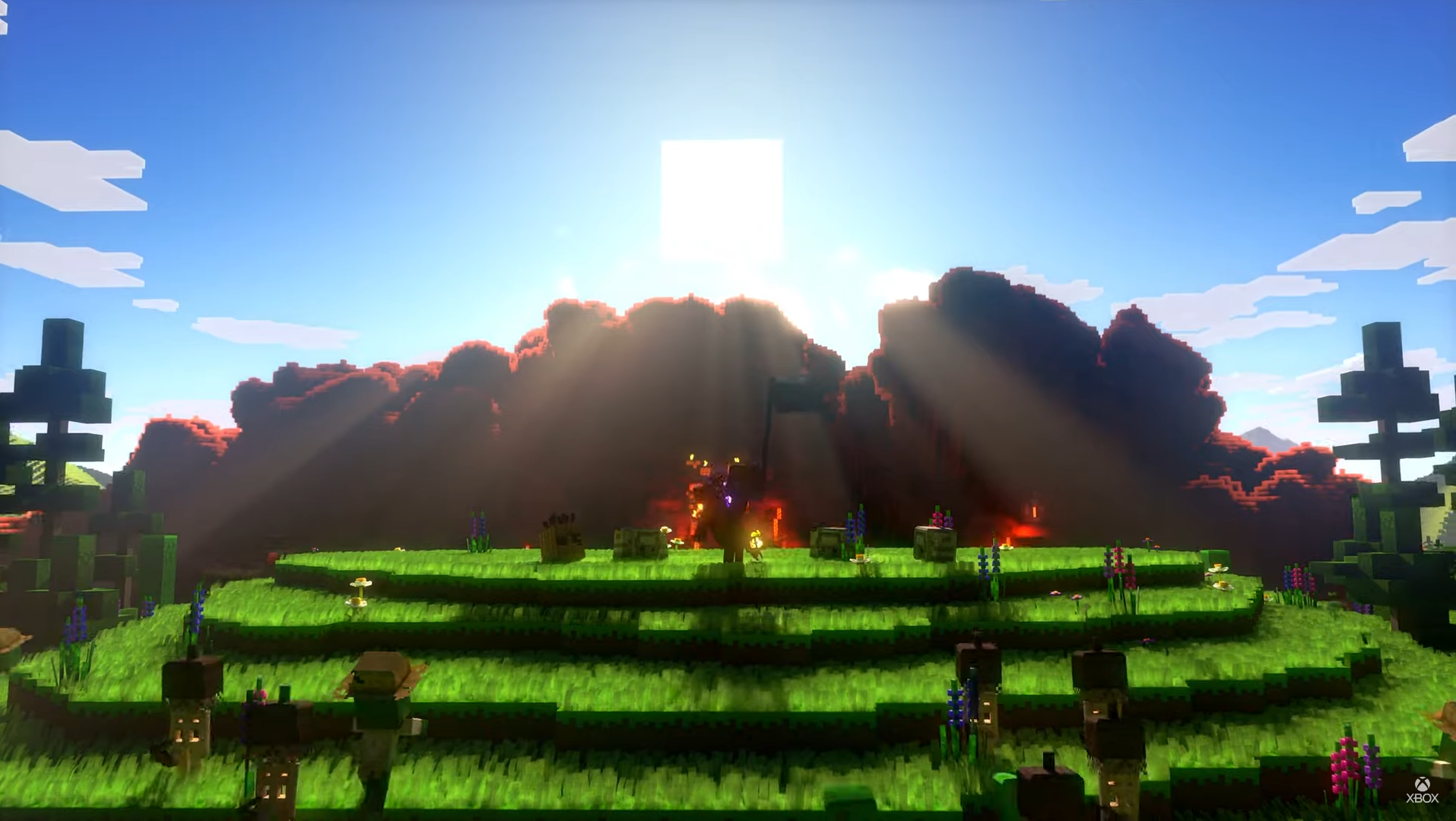 Another title is joining the ever-expanding Minecraft universe, taking what players know about the open-world sandbox and emphasizing more action.

Minecraft Legends, a new game from Mojang, was revealed during today’s Xbox and Bethesda Games Showcase. Although Microsoft didn’t give a specific date, it did show that Minecraft Legends will release next year on all consoles and PC.

The game’s art style heavily resembles Minecraft Dungeons, though it appears to maintain a form of the building mechanic that made Minecraft a phenomenon. Players seem to be attempting to put together an army to take on the piglins that emerged from the Nether, bringing together even some of the mobs that seek to take down the player in the original Minecraft.

Minecraft Legends appears to use a building format that vastly differs from Minecraft’s. Instead of placing blocks one at a time, players will have the opportunity to use small wisps to place blocks and create structures quickly. These wisps, who do not have an official name, also appear in other parts of the trailer and appear to be the guiding force for the player in their adventure.

Large-scale combat also debuts in this title, with the player having to take down hordes of enemies at once, similar to a game from the Warriors franchise. It seems players will be able to rally their troops into battle using a flag, taking down enemies and enemy structures to advance their journey.

Minecraft Legends is listed to release next year on every console and PC.