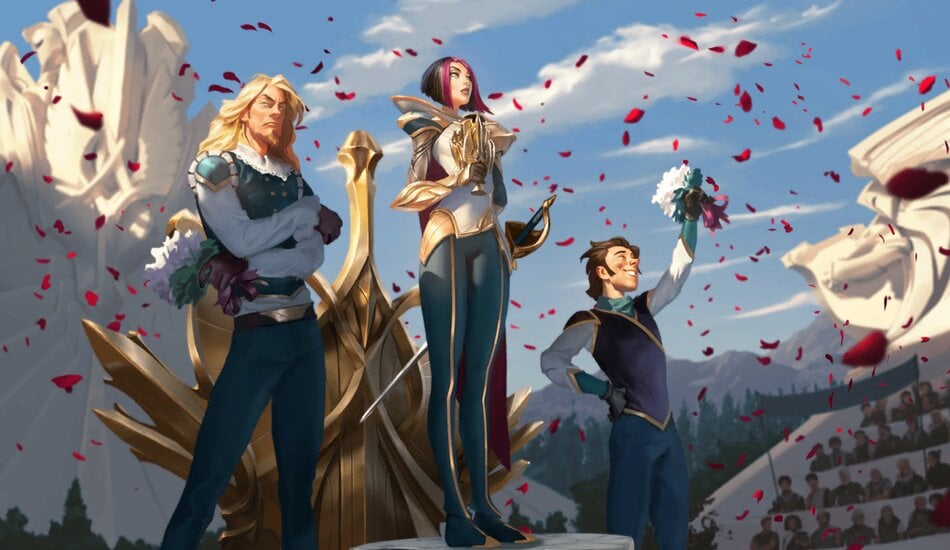 Twitch Rivals will host the largest Legends of Runeterra tournament to date with a total prize pool of $100,000, the platform announced today.

With the official launch of LoR via PC and mobile on April 30, Riot’s digital card game is rapidly growing in popularity. Twitch viewership numbers have also grown exponentially since the release, prompting a Twitch Rivals tournament that will take place on May 14 at 11am CT.

A competitive community has been present since the open beta release, showcasing top streamers along with up-and-coming LoR pros. The list of potential players for the Twitch Rivals tournament is extensive, but there are a few competitors who should undoubtedly be considered for this event.

BruisedByGod, better known in the community as BBG, is arguably one of the best LoR players at the moment. Mogwai and Swim are also two streamers who should be considered as auto-inclusions because they pull in the most viewers on a consistent basis. Excluding Pokrovac would be a mistake since he was the first player to reach the LoR Master tier in both the open beta and Rising Tides launch.

Fans can find out who will compete in the Twitch Rivals Legends of Runeterra Showdown on May 14 at 11am CT.