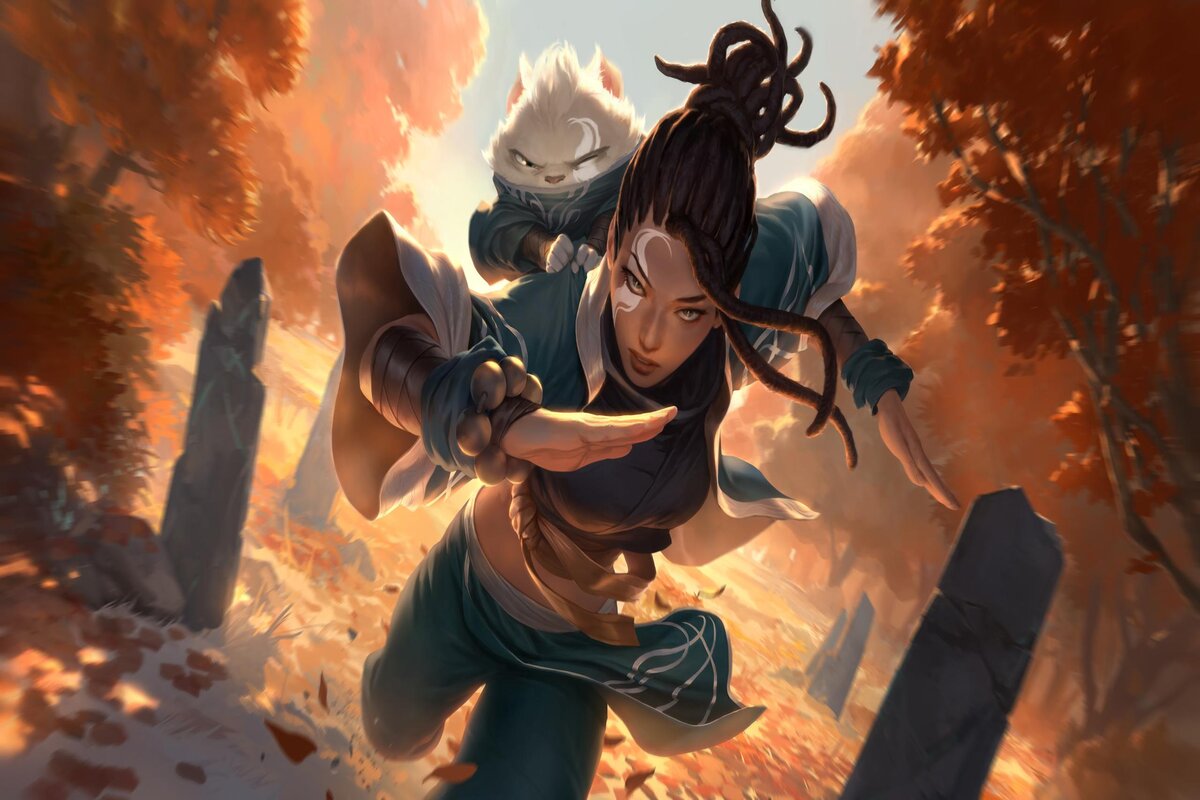 A total of seven Legends of Runeterra cards for the upcoming Magic Misadventure set were spoiled today by Riot Games, showcasing Recall synergy.

God-Willow Seedling is a three-drop landmark within the Ionia region that has Recall synergy and descent value upon getting played. The landmark creates an Ephemeral copy of the unit getting targeted with Recall upon entering the battlefield and summons another Ephemeral copy of that card after a countdown of two.

Other recall synergy units revealed today were The Mourned and Pathless Ancient, with The Mourned showing potential as a one-drop Elusive that gets recalled upon a Nexus strike. And a new “stop” spell called Memory’s Cloak is a three-drop Fast spell with an ability similar to that of the LoR champion Fizz.

Players can test out the new LoR Magic Misadventure cards with the official release of the expansion on Dec. 8.