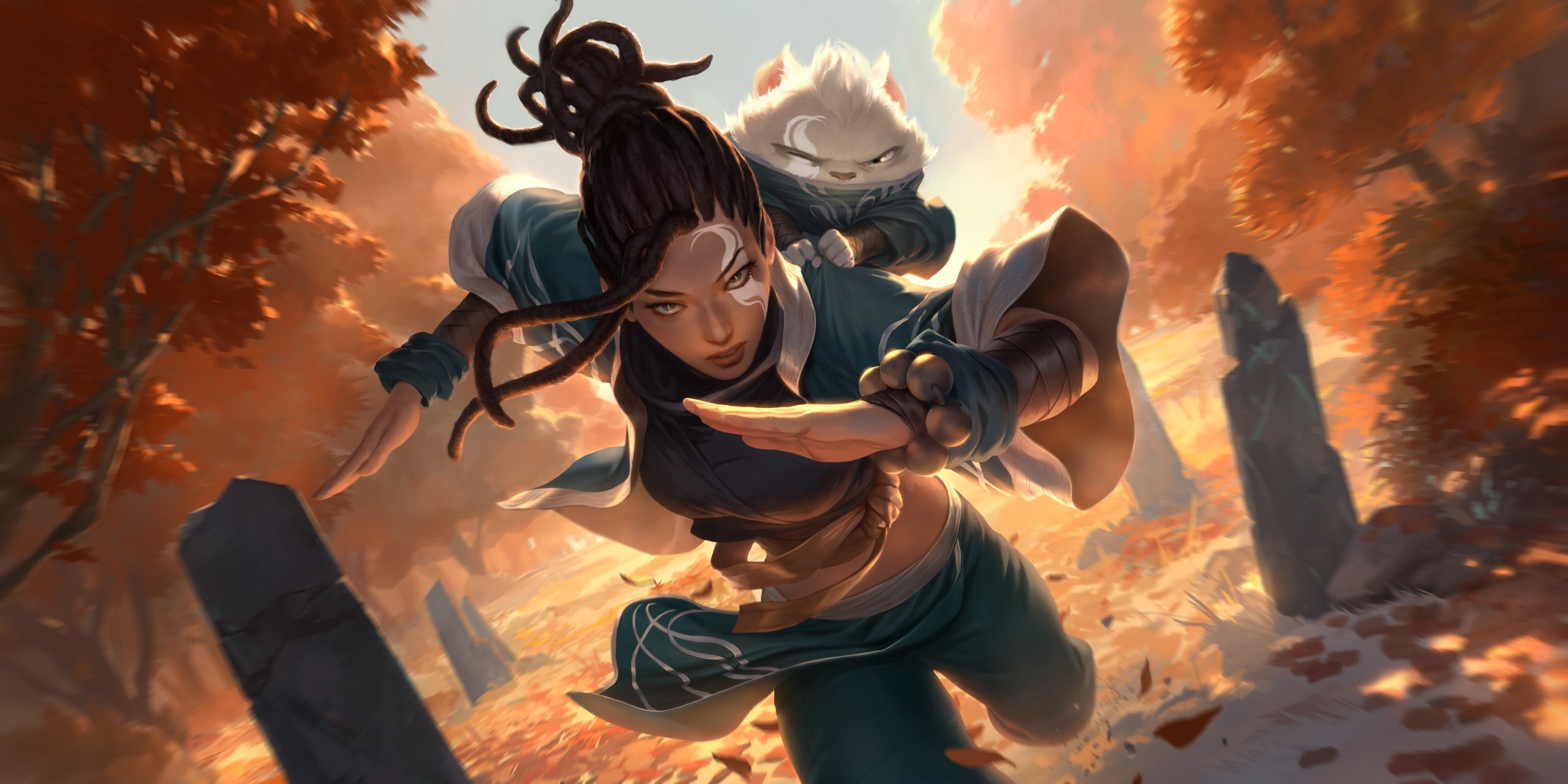 Magic Misadventures is the second expansion from Beyond the Bandlewood that’s scheduled to release on Dec. 8. Bandlewood introduced yordles to LoR and today’s spoilers are all different Bandle City cards.

Notably, most of these cards enable Recall strategies. This hints at a champion that synergizes with Recall being introduced in Magic Misadventures. This also bodes well for Yasuo, a Recall payoff that’s been out of the meta for a while.

This two-cost Fast spell is a cheap, effective way to Recall a smaller unit. This spell will be good in multiple matchups as a way to save units or quickly level up a champion.

Tornado Warrior is a late-game all-star that maintains its buffs and keywords when it’s Recalled. This two-cost unit has a respectable stat line and a high ceiling as the game goes on.

This is a nice two-cost unit that immediately replaces itself with a Burst spell. Gust Monk is a strong curve filler that gives you a great card in Cloud Stance.

Cloud Stance is a strong card on its own and even better when it’s able to be created by Gust Monk. The one-cost Burst is an effective combat trick and enables Recall strategies.

When Thunder Fist transforms, it turns into Masa, Crashing Thunder and becomes an immediate threat. Thunder Fist is a fine 2|3 unit that should be easy to transform with a package of Recall spells.

Masa is a terrifying card. Coming down with a 5|4 stat line and Impact, Masa will demand an answer before it impacts the board too much. The setup cost of having to transform Thunder Fist seems low with Recall spells.

The Magic Misadventure expansion is scheduled to be released in Legends of Runeterra on Dec. 8.