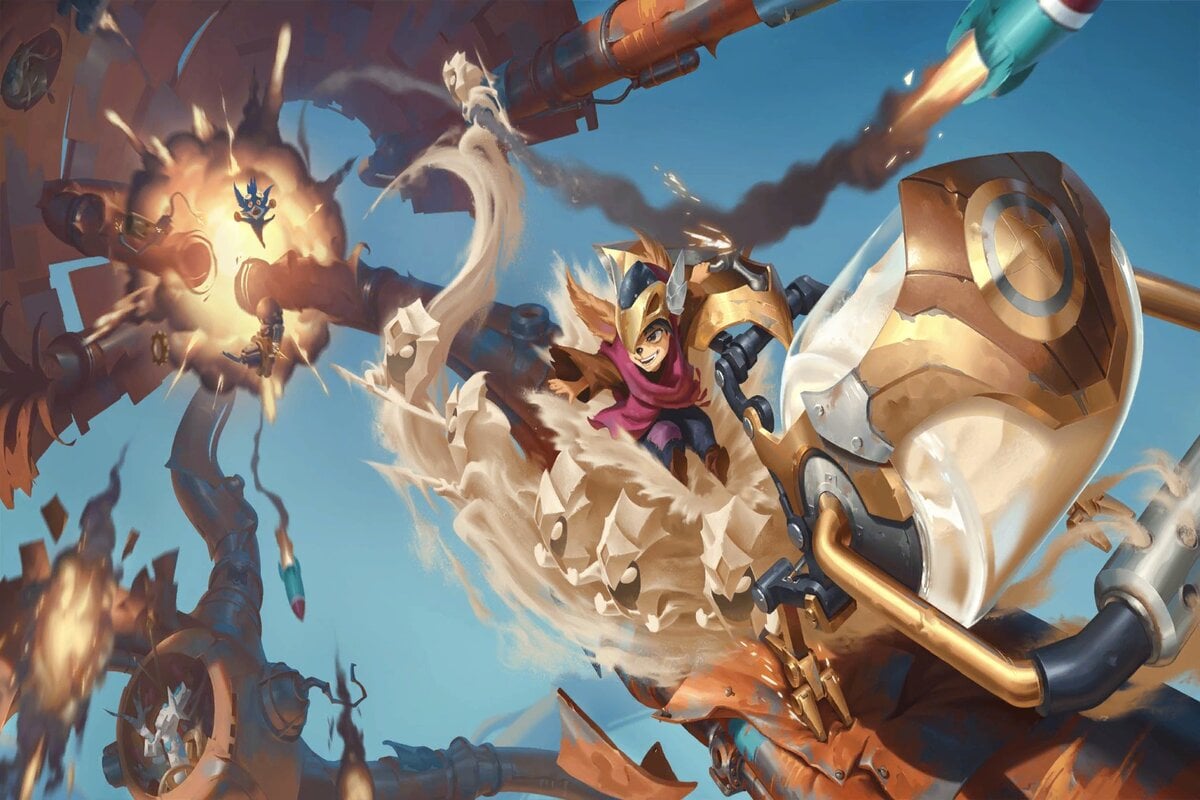 Scheduled to release on Dec. 8, the LoR Magic Misadventure expansion will include 11 Mecha-Yordle tokens that represent each region via multi-region classification, with the exception of two representing Bandle City without another region. Each of these tokens gets created via the keyword Manifest, found on today’s Magic Misadventure spoiler Squeaker and Scrapheap.

Squeaker is similar to Spacey Sketcher, since Invoke and Manifest work in the same way. Squeaker has a higher mana cost of two, however, which could make a difference. Scrapheap is a Burst speed spell that only costs one mana, requiring its controller to discard one to play which then triggers the Manifest of a Mecha-Yordle.

Here are the 11 Mecha-Yordle LoR tokens that can get created via Manifest:

Many of these tokens have the keyword Impact, in which direct damage hits an enemy Nexus upon attacking and can stack. The Impact keyword and discard effects could synergize with Rumble, rumored to get added to the Bandle City region within the Magic Misadventure expansion. Until the LoR champion is revealed, though, it’s hard to tell the impact Mecha-Yordles will have on the meta.

As a side note, the three-drop Smash and Dash Mecha-Yordle image has a likeness to Saucymailman and Swimstrim, as spotted by a Twitter user.

Players can test out the Mecha-Yordles via the LoR Magic Misadventure expansion when it releases on Dec. 8.