Who will reach Master next in the other two regions? 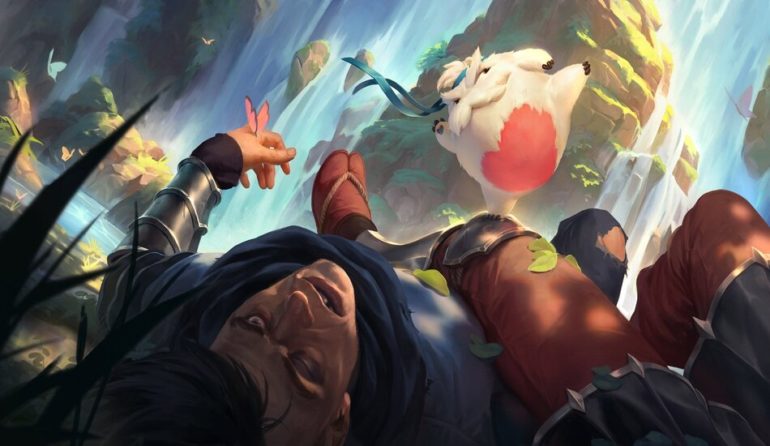 The race to Master rank in Legends of Runeterra has seen its first champion. Mikuláš “Pokrovac” Dio reached the top level first on the EU servers last night.

Since the open beta release of LoR last week, players and streamers have attempted to build the best deck possible to climb the ladder. Pokrovac, a Czech Hearthstone player and streamer, reached it first on the EU servers by playing a self-crafted deck with Elise and Darius as its champions.

The Czech Hearthstone team champion kept his decklist hidden until this morning, revealing his Midrange build that reached the Master level. Containing a total of 13 spells and a solid balance of followers, Pokrovac’s Spider deck beat out the Elusive builds to become one of the best decks in the LoR meta.

Pokrovac established himself as a Hearthstone pro in 2015, and since then, he’s had five top-eight solo finishes and finished first with Team Czech at the 2017 Hearthstone Global Games. And now, he’s’ firmly rooted himself in LoR as one of the best players in the world.

There are still two LoR regions, the Americas and Asia, without a Master tier player. In total, there are seven tiers within the new digital card game’s ranked ladder, with the first six containing four divisions each.

Players can’t drop a tier once achieving it and, for now, the Master tier only has one division. But as more LoR players join Pokrovac in the EU and other two regions, Riot has said that it will further expand upon the Master tier.