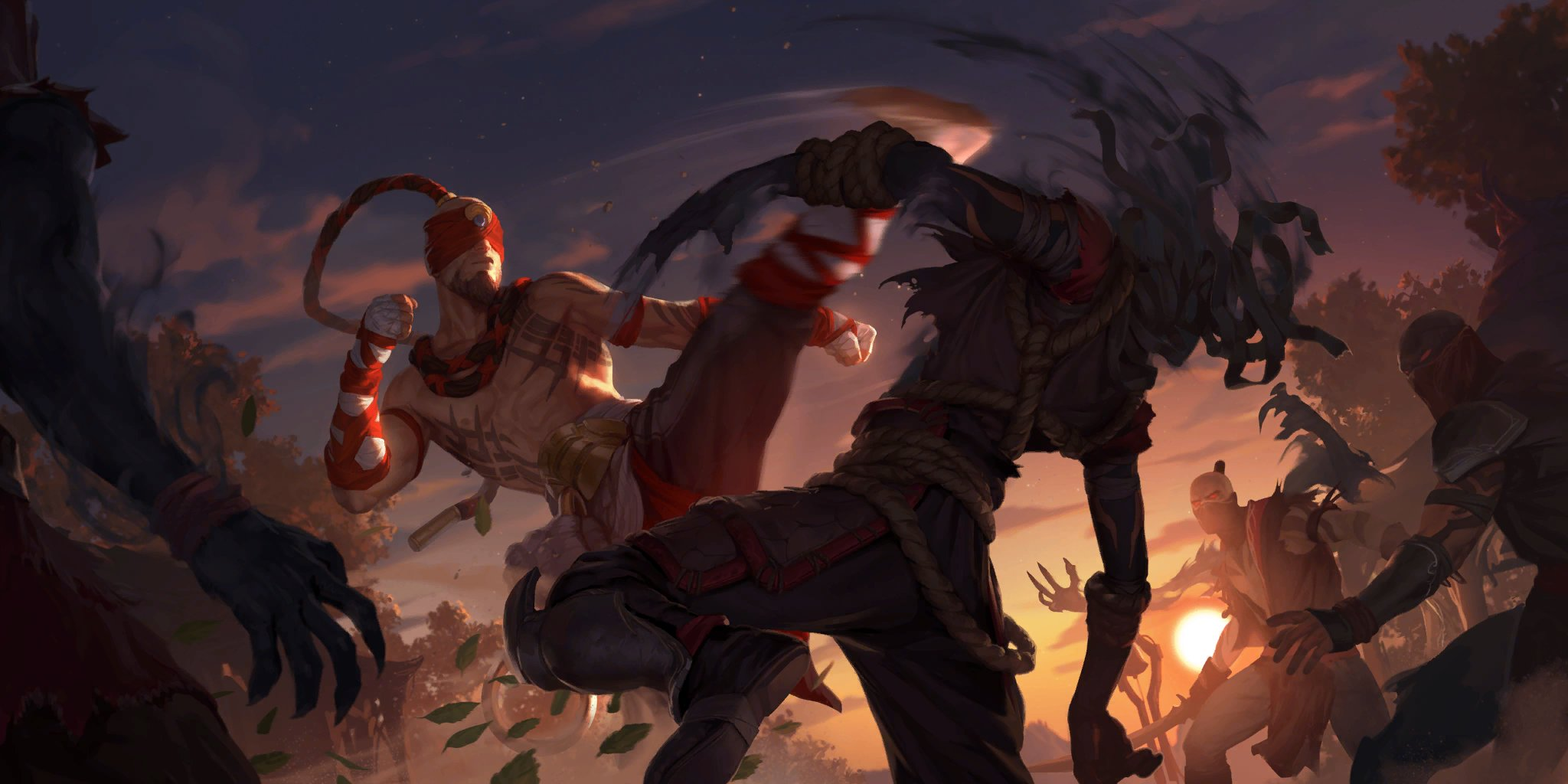 Legends of Runeterra’s card reveal season for its upcoming official release reached the final of the current regions in the game today. Riot Games has revealed a new champion from Ionia.

Lee Sin is the champion that Riot unveiled in today’s teasers. He’s a six-cost champion unit with three power and six health. When you cast a spell, he gains Challenger for the round. If you manage to cast a second spell in the same round, he gains Barrier. Lee Sin levels up when you cast seven spells during the game.

Lee Sin’s leveled form is also six-cost with +1/+1 in stats and the same keyword-gaining ability. The main difference is his new deadly ability, which is reminiscent of his League of Legends counterpart. When he Challenges an enemy unit, he kicks them into their Nexus! When this happens, he strikes the enemy and the Nexus at the same time. If the enemy unit manages to survive being struck by Lee Sin, then they’re bounced back to their owner’s hand.

Due to the nature of how Lee Sin levels up, you want to play him in a spell-heavy deck—and the other new cards revealed alongside Lee Sin aid in doing that. Since Lee Sin doesn’t require being on the field to see spell casts for his level up, you can bide your time to set up a devastating strike combo to destroy the enemy Nexus with his famous kick.

Lee Sin will join the champion roster when LoR is officially released for PC and mobile on April 30.