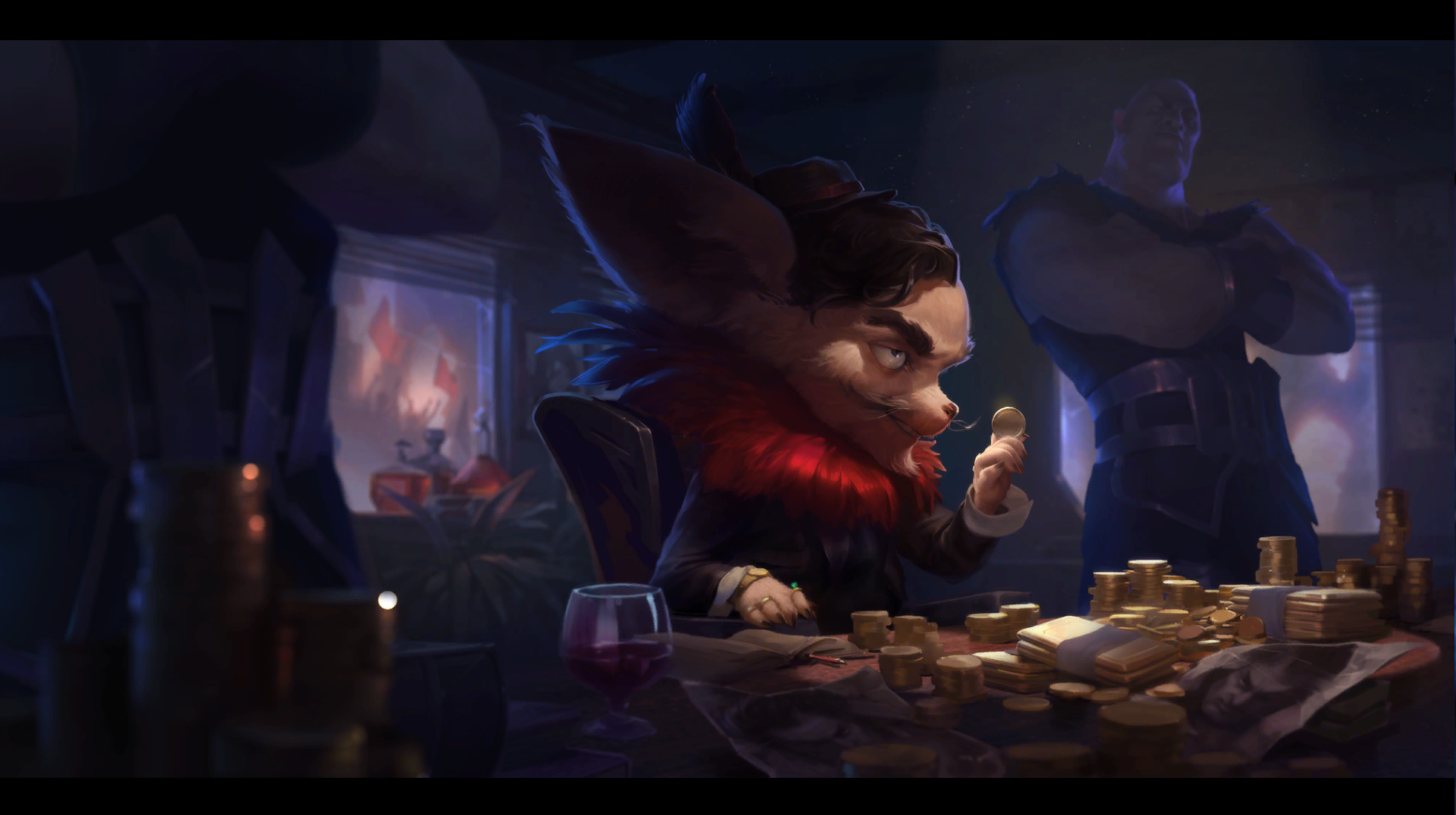 It’s been a little over a month since Legend of Runeterra’s open beta phase was released. With that, six weekly vaults, Riot’s freebies that award you with cards and shards the more you play the game, have been opened.

Riot has emphasized and prided its game on being free-to-play friendly by allowing you to build up your collection by playing the game. Riot also enforces this idea by inhibiting the growth of players spending actual money on the game. The amount of content you can spend on the game with your money is limited to three Champion and Epic Wildcards and six Rare and Common Wildcards each week.

But even if the speed at which someone can “buy the entire collection” is slowed, that ultimately doesn’t change the sole experience of a player trying to play a game for themselves without investing too much.

While the seemingly vast information is overwhelming at first, LoR’s card collecting can be broken down into easier-to-understand concepts. More importantly, these concepts can be used to examine how long completing a viable collection may take and how “free-to-play friendly” LoR actually is.

Explaining the currencies and basics of card collecting

In LoR, there are two currencies that you must know about to be able to craft specific cards you want. Wildcards are obtained from capsules, chance upgrades from card rewards, and region rewards. These can be used to craft any card of your choice of the same rarity. The second currency is Shards, which are also obtained from chests, Expedition mode, and opening duplicate cards. These shards can be used to buy any cards you want directly or for an Expedition run, the game’s Limited format.

The other currency to make sense of is Coins. Similar to Riot Points in League of Legends, Coins are purchasable with your actual money. The more Coins you purchase at a time, the larger the bonus Coins you get for doing so. Coins can be used to purchase cosmetics, Wildcards on a weekly cooldown basis, an Expedition run, and a one-time Starter Bundle purchase that contains a predetermined set of many cards from each region.

While the currencies allow you to pick specific cards you want, Riot still has the random acquisition of cards, similar to other CCGs, through capsules and chests. Capsules and chests come in a variety of rarities corresponding with the average rarity of cards/wildcards they provide. These capsules and chests are obtained through region, weekly, and expedition rewards.

Your personality matters in how you build your collection

I’ll be bringing in personal anecdotal evidence to convey certain points and to allow you to draw a point of comparison to your own collection. So far in this game, I’ve spent $20 to gain the 2,050 Coin equivalent. While I’ve only used 470 of those Coins for the Starter Bundle (leaving me with 1,580 Coins to spend on Wildcards or Cosmetics), I still feel my collection has been growing at a respectable rate. So far, I haven’t needed to purchase any Wildcards with Coins from the store. If you do consider spending actual money on the game, this is the best “Cards to Coin” ratio you’ll get, as long as you purchase it early enough.

Patience is a tremendous virtue in LoR because of the way the game awards cards, its card change policies, and shard/wildcard acquisition. Since we’re all wired with different wants and needs, however, knowing how to best spend your in-game currency based on your personality and what you want out of the game will aid you going forward. Until local tournaments or big online qualifiers begin popping up, I’m not in a rush to complete my collection. I’m fine making constructed decks with whatever I have in my collection.

If you aren’t in a rush to complete your collection, then leveling your weekly chest to the maximum level of 13 and playing your three Expeditions each week should net you a nearly complete collection and the in-game currency needed to bring it to a viable completion point after two to three months.

Since the main way to obtain cards is through leveling your regions, assessing how you want to optimally level your regions will help your collection completion in the long term.

There’s no one right or wrong reasoning for deciding how you level your regions. If you raise each region’s level evenly, then you obtain a steady flow of rewards since higher levels require a larger experience grind. If you stick through the long grind of a region and max out its level, however, then you can craft cards within that region while having a lower chance of opening future duplicates of that card.

Here are my region levels at time of writing (at the six-week mark of playing):

Weekly chests are another feature that help provide players with an opportunity to gain a large number of cards and Shards each Tuesday morning. Whatever experience you’d gain for a region is also added to your weekly chest level in an equal manner.

To fully max out your weekly chest to level 13, it will take 25,000 experience each week. While that may sound daunting at first, regular play with quest completion alongside good Expedition and playing matches against your friends should help you achieve that goal. If you’re unable to achieve level 13, though, don’t fret. Reaching level 10, which requires 13,000 experience instead, is the second most important XP breakpoint to achieve.

Since starting at level 10, the weekly chests also give you an Expedition Token. Expedition Tokens at their absolute worst give you a random Champion card. Every 4,000 XP you can get after level 10 is helpful, however. It turns one of your three Platinum Chests into a Diamond Chest with each level gained, which is a nice added bonus.

Since LoR doesn’t allow you to disenchant cards in a similar fashion to other CCGs, like Hearthstone (even when a card gets nerfed, like the recent Shadow Isles/Ionian nerfs), you may want to wait on crafting any specific cards since whenever you open a fourth copy, you lose a bit of value unless it’s an Epic or Champion. Whenever you would open a fourth copy of a card, a flowchart is considered:

As you can see with these fourth copy prevention mechanisms, reducing the chance of obtaining quadruplicates will award you if you can avoid them. Preemptively planning how to level your regions helps, but adapting your plan on the fly can also save you from this risk of limited shard return. An example of this happened in my own collection last week. My Demacia region was at level 14, but my Demacian champion card roster was only missing a single copy of Lucian and Garen. At that point, if I do any more Expeditions or open weekly chests and obtain my last copy of those Champions, then my remaining Demacian champion capsule reward would instead only be 750 Shards, instead of an entire actual Champion card.

With all of these factors considered, unless you are absolutely sure you want to play a specific deck, potential nerfs or not, you may want to wait a while before crafting all of the necessary cards.

The “best” way to spend your Wildcards and Shards

The best way to approach this question is to assess what you want out of the game personally. Are you someone who hoards their in-game currency like a dragon? Are you someone who craves strong viable decks immediately even if it harms your overall collection growth in the long term?

An immediate example of this is that a Champion rarity card and an Expedition both cost the same (3,000 Shards). An Expedition, no matter if you reach seven wins or fail to obtain a single win, will award you a random Champion. So if you spend 3,000 Shards on a Champion card, you know exactly what you get and you can play with it right away. But if you do an Expedition, then you also get all the extra rewards (region and weekly chest experience, more cards, and a return on Shards) if you manage to do well.

Here’s how much it costs to craft a card of each rarity using Shards:

Crafting an Epic or Champion card with your Shards or Wildcards is the “safest” craft since opening a fourth copy is impossible due to the duplicate protection rule. But the cost of crafting the card, and how much you have of each currency, should be considered.

Here’s another personal anecdote of how many Wildcards I have as a point of comparison to draw from (and this anecdote might be a useful reference since I have yet to spend any Wildcards). My Wildcard counts at time of writing (at the six-week mark of playing) are:

The main point to be conveyed from this anecdotal evidence is that Champion and Epic Wildcards, on average, can be fairly difficult to come by since 100 percent of my Champion Wildcards and nearly a third of my Epic Wildcards are from region rewards.

Additionally, there’s an abundance of Common and Rare Wildcards. If you want to craft Commons and Rares, using your Wildcards on those is a generally “safer” bet than using your Shards. My collection is 71 percent completed (with 673 cards owned), but if I did use all my Wildcards at this moment, that number would jump up to 86 percent (818 cards owned).

LoR’s base game, while relatively grindy in terms of duration, is fairly economically friendly to those not planning on spending much money on the game. Regular play, maxing out your weekly chests, being mindful of how you choose to level up your regions, and playing your three weekly Expeditions go a long way in increasing your constructed collection.

Everyone’s collection will also grow at a slightly varying rate since chest upgrades and Wildcard upgrades can always happen (and the potential of being unlucky with opening Common and Rare duplicates). Weird anomalies are also bound to happen in your collection. For example, my Ionia, Piltover & Zaun, and Shadow Isle regions collection (69 percent, 64 percent, and 64 percent completed, respectively) is more complete than my Noxus region collection (62 percent) despite the fact that my Noxus region is fully leveled.

While new content being added to the game, like newer regions alongside newer cards for current regions, may lengthen the time it takes to complete a collection, the overall formula and tactics of how to optimally expand your collection shouldn’t stray too much from what was written and explained here.

Overall, Riot’s “free-to-play friendly” game holds up fairly well for those who aren’t willing to spend a ton, especially when compared to other CCGs that have been on the market for a long time.