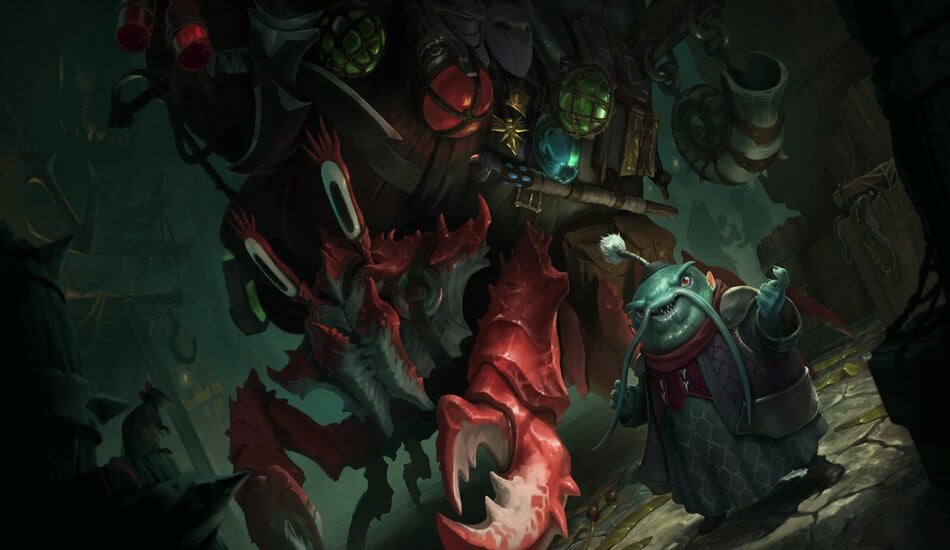 The Season of Fortune, Legends of Runeterra‘s next ranked season launches with the games 1.4 patch later today. It will contain a number of adjustments that are likely to shake up the meta.

Balance changes in the update include a focus on improving underutilized Epic units and champions, buffs to the Freljord region, and an adjustment to “steal effects.” Nab is a new mechanic in LoR, replacing the previous “steal-from-deck effect.” Instead of removing cards from the top of an opponent’s deck, Nab removes them from the bottom. The intention is to reduce drawing buffed cards from an opponent or possibly increasing their chance to top-deck a champion.

The focus on the Freljord region has been long overdue, despite the recent popularity of Sejuani. Anivia was once the queen of Control decks and Braum hasn’t seen a good amount of gameplay since the open beta. Adjustments to both champions in the update should shift back into top-tier status. From champion buffs to Epic units like Jae Mederda, here’s every nerf and buff taking place within the LoR 1.4 update.

Hoping to increase playability for certain LoR champions, adjustments were made to Darius, Anivia, and Braum.

The increase to Darius’ health only affects his leveled up form. Considering most players don’t bring him into play until he levels up, though, this buff is a big deal. Expect to see Darius once again in Midrange Noxus builds and even potentially in Burn decks as a solid finisher.

Since the release of Rising Tides, Anivia was often overlooked due to her casting cost of seven. The Riot team compared her to Nautilus and a leveled-up Karma and decided to reduce her cost by one. Expect Frost Control decks to return within the meta.

Braum was given a total overhaul, increasing his cost and power level , while also adjusting his text. Braum was always at his best when spitting out Poros after being dealt damage, so the LoR team made it his baseline and leveled up ability. His cost increase takes this into account, along with his power of one at baseline and a +1/+1 when leveled.

A total of five LoR Epic units are getting adjustments in the upcoming 1.4 update. Cards with Nab have been changed, and a major nerf was applied to Black Market Merchant, reducing his health by one.

Genevieve Elmheart is often overlooked in Scout builds and other Midrange decks due to other six-cost Demacia cards like Cithria the Bold. The LoR team has increased her stats in hoping that she’ll have an impact on the Standard Constructed meta. As a 5/4, Swiftwing Lancer sees play; and as a 5/5 with Scout, so might Genevieve Elmheart.

The intentional design behind Captain Farron was to use him as a finisher against slow decks. His original text had a player discard their hand in order to turn those cards in Decimates. Now he creates three Decimates upon being summoned, instead. The change to Captain Farron will likely earn him gameplay in Noxus Burn decks as a solid finisher.

She Who Wanders (Epic)

She Who Wanders received an added Keyword, Regeneration. A change like this may have an impact on Freljord Control decks.

Ren Shadwoblade is a powerful Ionian Epic card. His cost reduction will allow him to get played more often in Ephemeral builds, but his power and health decrease will increase his vulnerability to removal.

Jae Mederda has an awesome ability that was often overlooked due to his casting cost. A reduction from eight to six makes him more accessible and will likely create cantrip that’s worth putting him P&Z Control builds.

A nerf to Escaped Abomination not only increases the vulnerability of the card to removal, but also reduces its survivability upon being blocked.

Sea Monster builds won’t get hit too hard with the nerf to Dreg Dredgers. It will reduce the Deep decks early game presence, but not enough to hurt the overall build.

Bilgewater Keg decks are fun to play, but the LoR team wants them viable in competitive play as well. An increase in health to Petty Officer won’t likely make that happen. It will, however, work nicely in those meme decks.

A nerf to Black Market Merchant will improve the health of the overall LoR meta. He’s more vulnerable to removal at one health and will likely get taken out within a turn or two at most.

Of the six spells adjusted in the LoR 1.4 update, The Harrowing and Unyielding Spirit will have the greatest impact. A buff to Super Mega Death Rocket will also increase Jinx builds, as it only costs one spell mana to cast it now.