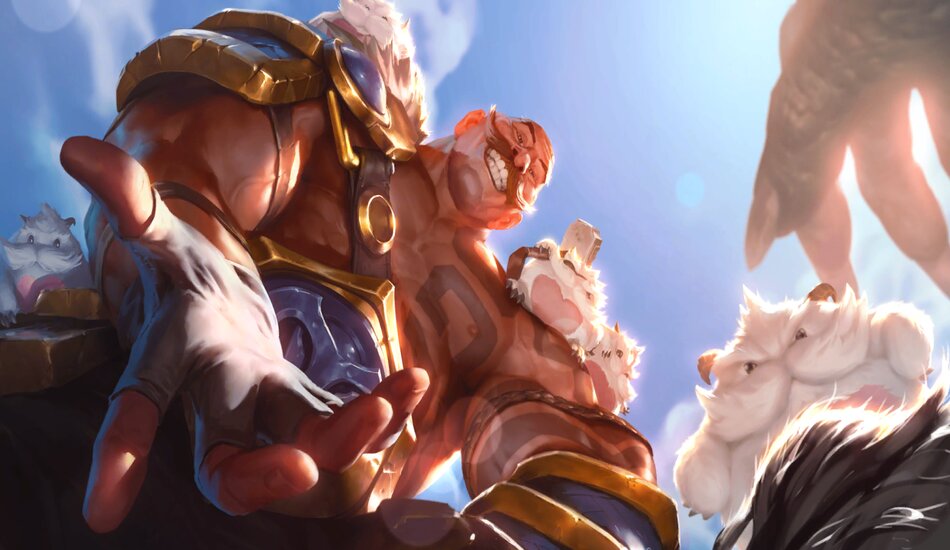 Braum’s dominance in Legends of Runeterra was short-lived. The Heart of the Freljord is receiving a nerf to his power levels in Patch 1.6 along with one to Anivia.

Over the course of the last month, Freljord became one of the most-played regions following a buff to Anivia and Braum. And while both champions were in a much better spot than they were prior to LoR Patch 1.4, Braum was a tad too powerful after receiving a power increase—leading to a nerf that reverted his power levels back to zero and one.

“Braum’s one power baseline led to certain very sharp matchups while providing strong all-around value, so we’re moving his base power back to 0 (and reducing it at level 2) to make him less capable of immediately seizing control of games,” the LoR team said.

The Heart of the Freljord became one of the most-played champions, pumping out 3/3 Poros with Overwhelm while tearing apart an opponent’s battlefield. But with the nerf to his power, Braum should still be an improved champion, just not as dominant.

Anivia was also buffed in Patch 1.4, reducing her cost level to a more playable level. But the LoR team felt that the Control Freljord champion wasn’t vulnerable enough, nerfing her Eggnivia form by reducing its health by one.

“At her new lowered cost, ‘copy Anivia’ strategies are significantly easier to pull off, which we want to better balance with increased fragility and opportunities for counterplay, particularly for slower decks looking to interact by removing Anivia,” the LoR team said.

Freljord should still be a viable region in the LoR meta, despite the nerfs applied to Braum and Anivia in Patch 1.6. And for the longevity of the game, these balance patches were definitely needed.