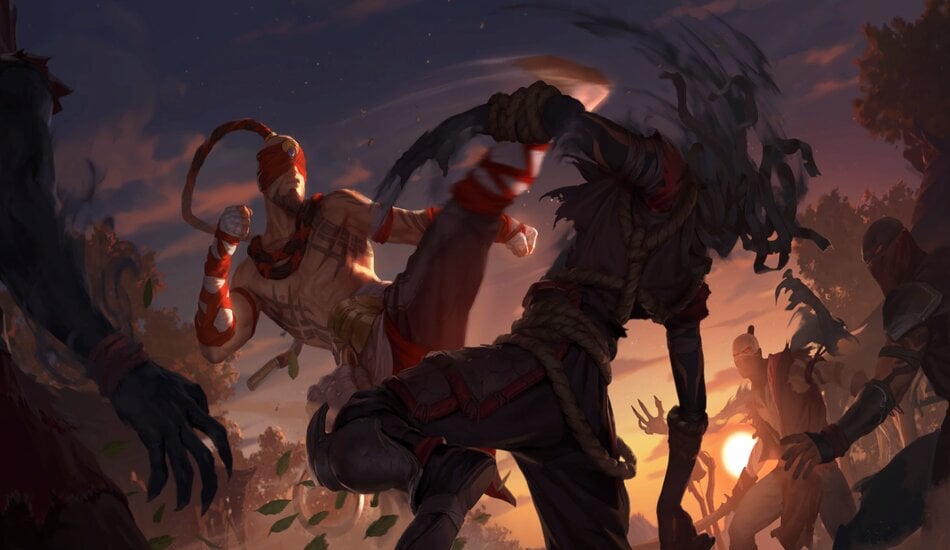 Fight Night Legends returns with a Reckoning tournament, hosted by Giant Slayer, featuring 16 of the best Legends of Runeterra players battling it out in a double-elimination bracket.

Patch 1.6 was just released and Fight Night Legends will test out what the new LoR competitive meta looks like. On July 24 at 4pm CT, a total of 16 players will compete in the Reckoning tournament, a double-elimination bracket event with $1,000 on the line.

And in addition to the all-star lineup, live design LoR lead Rubin Zoo will join Blevins and Casanova as a commentator for the losers final and grand final matches.

Winding God is the player to beat, having won two previous Fight Night tournaments and placing in the top-two at all three. But don’t count out the rest of the field, which is filled with players like Team Liquid’s Hyped, BBG, Nic Makes Plays, Presto, and Fresh Lobster—all of whom are top-Master tier ranked that have multiple top-eight finishes via Grassroot LoR tournaments since the digital card game’s launch.

Previous Fight Night Legends tournaments featured eight competitors in a single-elimination bracket. With a doubled field and a new LoR meta thanks to the balance changes in Patch 1.6, Reckoning should contain double the excitement. Coverage for the tournament begins at 4pm CT via Giant Slayer TV.