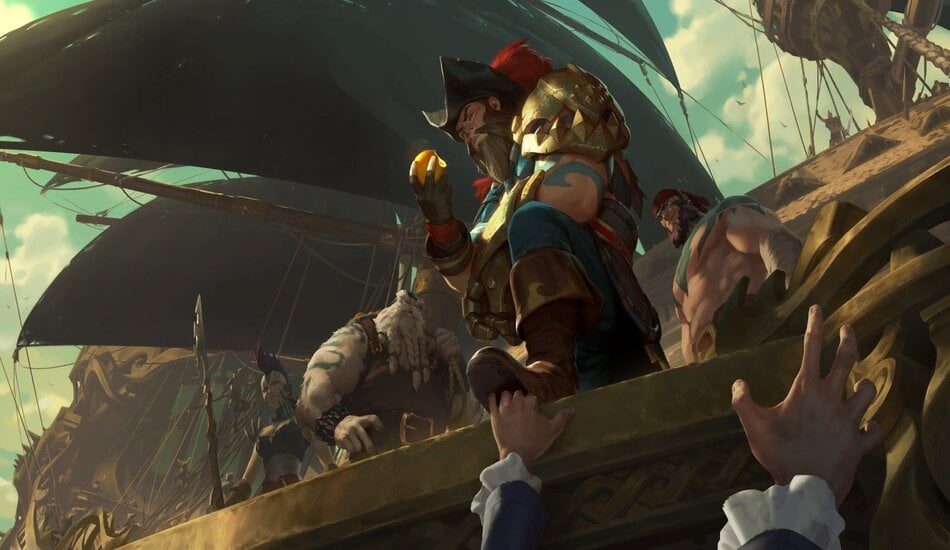 Sometimes it’s healthy to take a break from climbing the ladder and enjoy Legends of Runeterra on a more spiritual level.

Since the launch of Rising Tides, several new meme decks have come onto the scene thanks to top streamers like Saucymailman and Swimstrim, along with deviants like myself who enjoy casting Unyielding Spirit on just about anything.

But just because a deck is a “meme build,” doesn’t mean it can’t win matches. We’ve compiled the best LoR meme decks being played right now and listed them in no particular order. Some will win games, even in ranked, while others are just stupid fun.

The first time I saw Saucy’s decklist for Unyielding Kegs, I almost cried with joy. The idea behind this LoR meme deck is simple: Stay alive until you can cast Unyielding Spirit on a stack of Gangplank’s kegs, Saucymailman told Dot Esports. Every time damage is done to an opponent, the kegs will ping for extra damage without dying.

And if Miss Fortune blasting for multiple points of damage isn’t enough, just wait until Riptide Rex drops onto the battlefield. You could also take joy in casting multiple spells to witness Twisted Fate in all his glory wreak havoc on the board.

Poros are cute and deadly but often unplayable in ranked. But Kozmic has a unique take on the Poro meme build thanks to the addition of the Rising Tides spell, Aurora Porealis. Beefing up Poros is accomplished via Poro Snax while playing Dreadway Deckhand and Petty Officer carry you through the early game in addition to spells like Make it Rain and More Power.

Heart of the Fluft, ironically, isn’t needed in Plundering Poros because of Aurora Porealis. The spell helps you go-wide in the late game with beefed-up Poros at 5/5 or 6/6, essentially overpowering your opponent.

During the LoR open beta, both Saucy and Mogwai pulled off unique meme builds using Purrsuit of Perfection. Following the release of Rising Tides, Saucy has revisited the feline deck with a new and upgraded version. Heimerdinger is still a champion and Twisted Fate has joined the party.

The idea is to play the build like a control deck while stacking up to 20 cards played so you can drop Purrsuit of Perfection onto the battlefield. As a cute added touch, Saucy mostly used felines. But don’t underestimate Waterlogged Felines because these cats bite back.