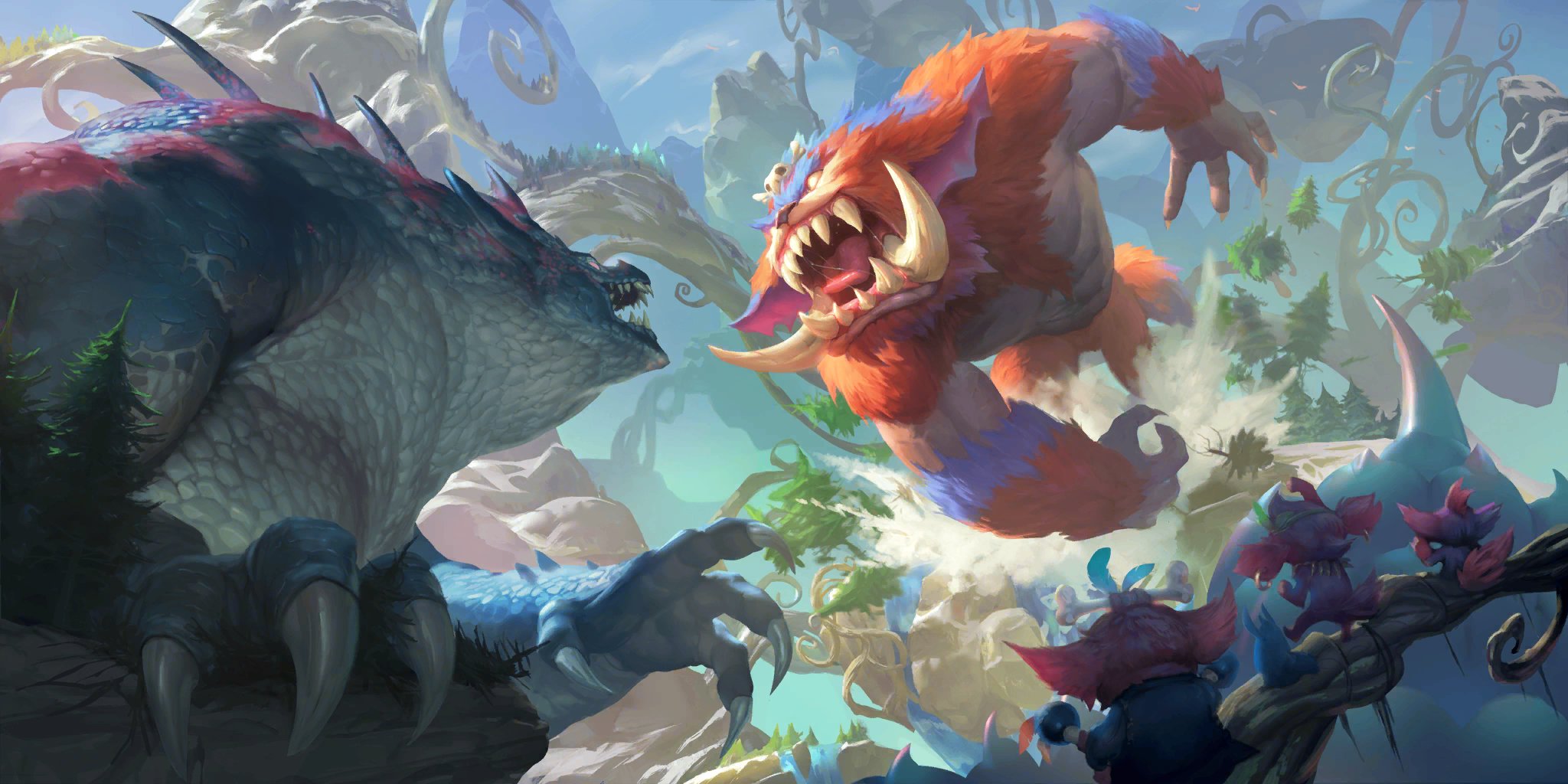 A total of four new Legends of Runeterra champions, new followers, and a number of powerful spells are set to shake up the meta with the release of A Curious Journey.

Scheduled to be released today, the new LoR expansion A Curious Journey strengthens the Bandle City region while also improving a variety of other regions. Two new keywords have been added, Formidable and Attach, with Galio heading up the Formidable theme and Yuumi as a support champion with Attach. Gnar is likely the best new LoR champion, synergizing with a handful of regions, from Bilgewater and Freljord to Piltover and Zaun.

As with most expansion releases, players can expect the meta to look chaotic during the first few days, with Aggro builds having a strong presence. Riot Games has four recommended decks for casual and new LoR players, highlighting the four new A Curious Journey champions.

Each of the four Riot-suggested decks teach players how to interact with the new A Curious Journey cards. Yuumi is strong within a Fated-themed build and Galio has potential outside of the Bandle City shell. Udyr might join Vladimir as a meme champion, however. Players seeking to rank up the ladder quickly will want to play Gnar with aggressive champions like Teemo and Gangplank.

Gnar also synergizes with Gangplank in a Pirate shell, created by Mega Mogwai. The LoR deck has an aggressive early game start that can hold its own during the mid and late game stages via units like Teendactyl, Spotted Toad, and The Dreadway. It’s a flexible build that can adapt to a number of other best LoR builds players will see on the ladder while containing more than enough pings to trigger transformations and a Gangplank level up.

Formidable is a new LoR keyword that takes a unit’s defensive stat and applies it to their power upon attacking. Galio makes use of Formidable as a 0/8 LoR champion who, when attacking, is striking with eight power, not zero. Soraka is a solid support champion for Galio and his Formidable crew in a deck created by Rezone. The LoR deck can handle aggressive builds via the defense provided by Formidable units in conjunction with the repeated healing from Soraka and the Landmark Star Spring. And Shield of Durand and Winds of War are both strong spells that support the archetype.

Players seeking an alternative Formidable-themed build can test out Unscalable Horror, a unique and powerful build by LuckyCAD. Pairing together the Demacia and Shadow Isles regions with Gorlith the Unscalable as the main win condition, the LoR deck has strong removal spells in conjunction with units that can stall until Gorlith hits the battlefield.

Test out the new LoR champions within A Curious Journey when the expansion is released on Feb. 16.