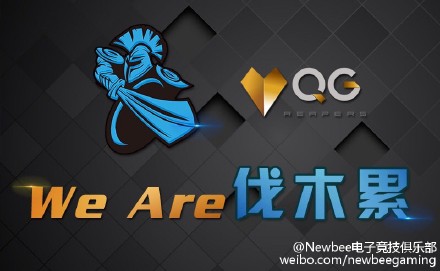 TSM, SKT, CLG, OMG, and FNC. These are all storied teams with rabid fan bases. But now there’s a new kid on the block. Qiao Gu Repears, newly under the Newbee organization, have stacked their roster with some of the bigger names in not only League, but E-sports in general. With notable pick-ups like Dade and Uzi and even T0M, the roster looks even stronger than last season.

To understand the differences between new QG and old QG, let’s review their performance. Especially during the Summer split, QG were known as a teamfight team. With no star players on the team, they didn’t have any fan attraction. A relatively unknown brand fielding relatively unknown players. Even their best player Swift only developed after his departure from CJ Entus. After losing in the Summer finals in a close loss 2-3 loss to champions LGD, QG lost fan support due to them experimenting team comps during important crunch time at the season’s end. Although this was an impressive burst onto the scene from an LSPL team, one split is long enough to excuse mistakes with the “rookie” card.

2015 Qiao Gu was notorious for their poor early game, which again stemmed from them having no star players to outskill their lane opponents and form deficits. Despite Swift’s best efforts to control the map, having three average lanes to look after can be too much.  The TcT and TnT botlane wasn’t quite dynamite enough despite their name synergy, and DoinB could only play control mages. Unfortunately his pocket Nautilus is not enough to anchor down this roster into being competitive at a world scale. So the question is: How do you fix their early game? Is it a change of coaching staff? Is it a change of players? Well it’s both.

If QG’s teamfighting wasn’t already a strong point, now they have Dade, known for his mechanics and teamfight prowess, to back up DoinB. Dade had an unsuccessful split with Masters3 at the same time as QG were looking to make a playoff run. The argument that Dade just had a bad team could be made, but looking at Dade’s career, he is riddled with inconsistencies. If not for his intense lows in performance, Dade would be an undisputed Top 10 player to ever play the game.

There are two communities of Dade followers. One community hails him as Faker’s long lost brother who can do no wrong in the mid lane, and the other burns him at the stake as one of the biggest tilt players in the game. So it’s only natural that these two communities both had something to say when Doinb started over Dade in their week one 2-0 win against Summer champs LGD. But before we point fingers let’s look at this from an impartial point of view. QG recently competed in IEM Cologne and took 2nd after a close 2-3 loss against EVER. Keeping in mind that EVER also won the Kespa Cup, there is a decent amount of stock to keep in mind that with their old roster, QG took home 2nd place against a team that beat established teams like CJ and SKT. Dade only officially joined the team as a sub earlier this week. Because of Dade’s disappointing run with M3 last year, QG management have to make sure that Dade is ready to be fielded against the same mid laners he faltered against. To Doinb’s credit, he was consistent at IEM. He has had trouble against mechanically skilled mid laners in LPL but players should constantly be evaluated based on recent performances, they should never be labeled as “bad because bad”, the same goes for the opposite.

Doinb played a majority of control mages and a one or two assassins. In their opening games against LGD, Doinb played two games of Leblanc, going deathless in the second game. Now I know what you’re thinking; “What?? A player can improve?!” Yes Jim they can improve and Doinb has showed that. Then where do you draw the line and sub Dade in? If Doinb falls back into his old ways, does QG go full panic mode and put in Dade, or is Dade a situational player similar to Easyhoon’s time on SKT? The merit behind having Dade be picked over Doinb is his credited champion pool, and coin flip to either 1v9 a game or tilt, and that’s just not a coin flip that QG has to take right now. For now, Doinb is doing better than ever, and as the saying goes “If it ain’t broke don’t fix it”. Dade is an official sub, meaning he’ll be scrimming with the team and be evaluated daily on his benefits. One week isn’t much to go off, but should be taken into consideration when fielding a risky player such as Dade. However, there is no way to deny that Dade was a top player in the world; it’s about if he can get back to that level of play through scrim results. There is no way Dade won’t get at least one game of playing time, for whatever reason that may be. For now Doinb is a consistent choice that QG are obviously preferring. Which arises the question of “How is QG better if they’re fielding the same starting roster?”. In League, sometimes the most impactful player on the team, isn’t behind the keyboard and mouse, he’s behind the Mic.

When you think top coaches, you think of people like Kk0ma, Aaron, and even now Deilor. But, Starcraft players have a different name in mind. To give a comparison for fans who didn’t follow starcraft, Park “Yongun” Yong-Woon is like the Faker of coaching Starcraft.

Yongun was a Terran player who coached notably CJ and SKT. In fact, for SKT until Yongun was in charge, they were in one of the biggest ruts of the organizations starcraft career in Brood War. As a former SC player himself, it’s reasonable to see why he turned out to be such an amazing coach, but where does that leave him with LoL? One of the only notable coaches in League who hasn’t played the game is Deilor and he led Fnatic to the first perfect split in LCS history. This raises questions of how well can another person whom has never played the game before can do.

In this video, Thorin explains the misconception of coaches and experts who don’t play the game they’re coaching. It’s a great video that I recommend watching the entirety of, but the gist of it is you can be a great coach without playing the game.

Uzi and Cool are the two idols of Chinese League of Legends, the only person who the Chinese worship more than them is Weixiao (no, not the eloboosting one). After huge drama in OMG with the speculation that Cool got Uzi benched, and Uzi’s fans thereafter attacking OMG for him getting benched, QG is the newest owner of Uzi. Unlike Dade, it’s still widely accepted that he is one of the best ADC’s in the world, even after a disappointing playoffs with OMG. Uzi is comparable to Doublelift in that he has a loyal enough fan base to single-handedly swing the favor of someone’s favorite team.

After Uzi decided to leave the bench life behind, QG gave him a spot on theirs. Uzi and Dade are two skilled players who are on the bench behind arguably worse players. We went over why Dade isn’t starting but why Uzi? Uzi still performed on OMG despite their jungle position being in a constant state of flux, thus having no synergy with their jungler. Doublelift is not only similar to Uzi in that he has a cult following, and gets paid a small loan of 1Million dollars™, but he also always has the jungler’s attention; from both teams from that matter. Uzi has the mentality and playstyle of 1v9. He needs all the gold on the team which is the downside that made OMG struggle, but the upside is he makes full use of it, carrying Royal Club to semifinals alone in 2013. This sounds fine to the average viewer. QG has average laners who don’t pull too many resources, because in the end their teamfighting is more skill than gold advantage. So then why is he not starting? Peco (previously TnT) seems like a downgrade from Uzi, but you have to again consider how Uzi ended up on QG. You could claim that Cool acted on his vendetta and used his power within OMG to bench Uzi, but Cool wouldn’t bench a good player for no reason, he wants to win too. QG needs time to evaluate Uzi’s behavior, especially while he’s in the same position he left OMG from. Call it stress testing, call it Qiao Gu experimentation™, but with the same situation as Dade, the main roster is working right now so they have time to thoroughly test who is the best starter, and who should stay subs. Expect in the next week or two for Uzi to play, as his reason for benching is a lot easier to evaluate and check on a week-by-week basis.

How good is Qiao Gu now?:

Week one performances should always be taken with a grain of salt, but 2-0ing an arguably stronger LGD than their LPL championship roster is definitely something to consider. Just like during Summer, Qiao Gu look to be one of the best teams in LPL right now, only being rivaled by EDG. For you sports fans, it’s common knowledge that teams with “deep rosters” will always win because they have so many play styles and they can switch it up based on preference. QG now has that type of roster with two star players and a world class coach. I predict QG to go 1st or 2nd if their level of play continues and they can find a way to quickly assimilate or play around their stars in Dade and Uzi.

Prepare for the revitalized Reapers