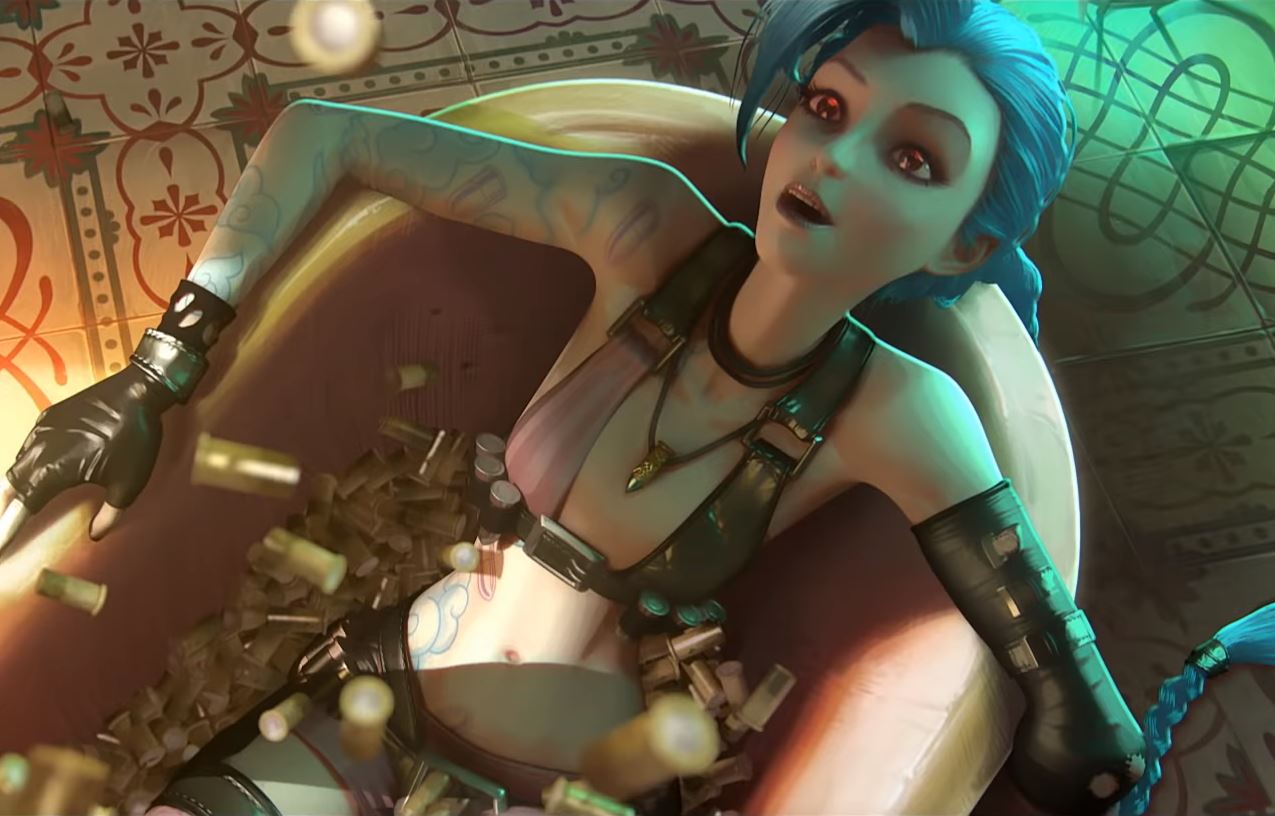 It seems like just yesterday that Riot released one of the first and most-hyped teasers for a new champion. It was also one of Riot’s first official League of Legends music videos.

We’re talking about Get Jinxed, the music video that Riot released for Jinx’s launch at the end of Season Three, and yesterday was its birthday. Five years ago, the video came out and got players more excited to dive into a new champion in a way they had never experienced before. The music video was fun, catchy, and gave a glimpse into Jinx’s personality more than we would’ve seen just playing her in-game.

So now, five years after the video’s release, let’s do exactly what Jinx would want, and let’s have a party. Well, we’ll just write about it, you can have a party if you want. Here are the best memories we’ve had with Jinx since her release and music video in 2013.

Jinx’s release in 2013 was one of the most hyped-up champion releases in the game’s long, nine-year history. Riot didn’t have much of a hand in it either, aside from the creation of Get Jinxed. The community of players and non-players fell in love with her as soon as she was announced, and Riot didn’t have much of anything to do with it. Her design, for whatever reason, was magnetic.

It could’ve simply been because she’s fun and more than a little psychotic, something that had been lacking from most League champions at the time. She was a lovable villain, through and through. Maybe not lovable to some fans, but certainly entertaining, at least. Most League champions suffered from Edge Syndrome. Aside from the shining few of those like Veigar and Lulu, League champions were all about battle, shadows, murder, and raw power. Jinx was special, and the music video allowed players to take a peak into that in a brand new and very colorful way.

As with anything that League fans get their hands on, the artwork came in tidal waves afterward. From the cosplay, to the drawings, to the fan fictions, there are more creations of Jinx out there than almost any other champion, and that’s just a testament to how many fans are drawn to her. Here are some of our favorites.

Luckily for Jinx, people love playing her in-game just as much as they love her. Her popularity capped in 2015, when she was played in 70 games in just the Summer Split alone, followed by 29 games at Worlds that year. Alongside her pro popularity, she’s remained one of the game’s most popular bot lane carries in solo queue, even in metas that don’t favor her very well at all.

Nowadays, it’s a bit of a different story. Over the past couple of years, her popularity in pro play has especially diminished, but her solo queue playrate has held on for the most part. No matter how weak pros think she is, everyone else just can’t stay away. For example, right now, she’s barely touched on the pro stage right now, but she maintains a solid five percent playrate in North American solo queue, the ninth-highest of her role according to stats site Champion.gg.