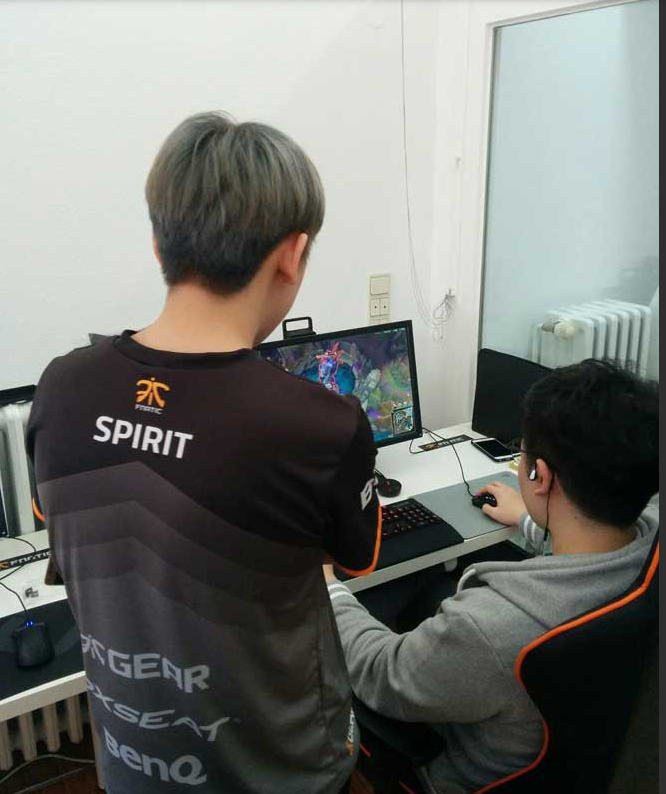 Ladies and gentlemen, Santa has come early.  After another one-week hiatus, I’ve emerged from the bottomless pit of work-related issues and law school applications with another long read for all of you lovely readers.   With things slowing down as Christmas draws ever nearer, I’ve been able to catch up on some VoDs from IEM.  While there were certainly plenty of outstanding narrative storylines, I was very intrigued by Fnatic’s lane swap strategy executed in game 1 of their series versus QG. While an effective strategy, it’s not the first time this offseason that there has been such a rotation to counter an opponent’s fast push lane swap, as it’s very clear that there are constant shared similarities between Fnatic’s counter and those attempted by teams during the KESPA Cup.

Having studied German literature and philosophy in college, one of my favorite thinkers is Hegel. Particularly, I always enjoyed his concept of advancement via synthesis, something that Fnatic clearly does.

To illustrate the concept of synthesis before applying it to Fnatic’s lane swap, here’s an example of what exactly this “synthesis” is.  Imagine ice cream.  Person A says that vanilla is the best, while person B claims there’s no equal for chocolate.  If the two attempt to learn from one another, they can synthesize their information and create flavors like chocolate chip or stracciatella.

In a similar fashion, Fnatic’s development of their fast-push counter has very defined attributes that it shared with counters created earlier this offseason. Beginning in the KESPA Cup, both Anarchy and Jin Air used similar strategies to foil their adversaries, and while their strategies were executed with varying results, we can see how Fnatic learned from Korea’s mistakes to refine a counter to the fast push strategy.

In this matchup, we see the first attempt of a team attempting to challenge a fast push.  CTU Pathos, a challenger team, tries to counter KT Rolster’s Jinx-accelerated 3v0 fast push.  Opting into the lane swap, Pathos sends GAP on Kalista up to the top lane by herself while Thresh, Gragas, and Braum all roam bot lane around 2:54 to try and stop the Jinx push.

As they come down, Score on Elise comes out of the jungle to cut them off.  Gragas burns his flash, and the three members all find themselves underneath their bottom lane turret.  However, because of the minion waves, KT Rolster is unable to dive the lane.  Score retreats, and Gragas returns back to the Pathos jungle, leaving Olaf and Thresh to lane against the KT Rolster bot lane.  Noticing the absence of jungle presence from the bottom lane, Score returns and is able to help pick up first blood after sneakily letting a ward time out by the tri-brush.  In the mean time, GAP has been exerting no pressure for Pathos in the top lane, opting to freeze the lane instead of actively pushing and trying to put damage on the top turret.  Not soon after the gank, at 5:06, KT takes the bottom turret and has carved out a large advantage for themselves.

While this is obviously not an example of how such a strategy is effectively carried out, we see the basis of the later lane swaps that are essentially better-planned variations of this tactic.  We’ll keep seeing the three-person roam to the fast-pushing lane with the AD Carry left in a solo lane by himself, but naturally, as CTU Pathos is only a challenger team, our other examples will demonstrate more effective usage of this tactic.

In these lane swap counters, there are really two key components: the execution of the counter in the fast-pushing lane, and the pressure applied by the solo-lane AD Carry.  While Pathos failed to perform either component, we see Jin Air fix one of them.

Picking Jinx for the second time in the series, Space and CJ are set up for a quick and aggressive fast push.  Correcting one of my pet peeves and beginning their duo jungle on the same side of the map as their duo lane, Ambition and Shy are in prime position to quickly attack Jin Air’s top turret after their clear.

On the bottom side of the map, we see Chei help out SoHwan and Winged clear out CJ’s red-buff jungle.  Just as Pathos did, Chei and SoHwan go back to the top lane to try and defend the turret, along with Winged, but Winged delays his recall by about ten additional seconds to clear the razorbeak camp.  Ambition, actively about in Jin Air’s red-buff jungle, notices the two wandering up to the turret alone, and engages a 4v2 fight in favor of CJ.  Both Chei and SoHwan take a lot of damage before they both retreat to Winged.  However, the Jin Air trio continues to their turret, and at 3:56 CJ Entus re-engages.  However, with a teleport advantage in the mid lane, Coco is able to teleport into the fray and help pick up a kill on Ambition.  Jin Air denies the fast push and is able to pick up a kill in the process.

While their execution in the top lane is better, they still lacked coordination.  Chei, SoHwan, and Winged should have all been together entering the top lane instead of the latter being about ten seconds late.  Secondly, Pilot exerted absolutely no pressure in the bottom lane during this, neither denying cs nor damaging CJ’s bottom lane turret.  However, once we look at Fnatic’s lane swap strategy, we will see direct comparisons to Jin Air’s strategy in this game.

Finally, we come to the best of the lane swaps yet as Fnatic is able to properly execute the necessary strategy in both the top and bottom lanes to both stop the Tristana fast push from QG and simultaneously apply pressure in the opposite lane.

Making a very sly play, Gamsu hides in the top lane brush unbeknownst to the QG bot lane.  TnT quickly pushes the lane in while TcT, V, and Swift all pile up in the tri-brush at 2:55 to 4v0 the turret.  Quickly, Noziak, Gamsu, and Swift all collapse on the four QG members, and because of a misplay by TnT, he gives up first blood to Fnatic.  In the meantime, we see Rekkles on Miss Fortune pushing the bottom lane in aggressively.  To counter Rekkles, V has to use his teleport bottom lane, giving Gamsu a major teleport advantage.

Fnatic then opt back into those same lanes, sending Gamsu back top.  Having countered the lane swap once, they then do so again.  In preparation for another play onto Gamsu’s Sion, Spirit waits in the wings should a dive occur.  However, Swift is able to find Spirit first, and he manages to pick off the Nidalee.  This has been buying time for Noziak to once more back and roam top, leaving Rekkles alone in the bottom lane once more.  QG waits too long to engage on the Sion, and Noziak’s Alistar is able to come in with his CC and help Gamsu pick up another kill at 6:09.  TnT then makes another mistake, waiting around too long while at low health, and Gamsu is able to teleport in right behind him upon spawning and pick up kills on him and TcT.

Not only denying the fast push, Fnatic puts Gamsu up three kills to none on V’s Ryze, a discrepancy that will be impossible for QG to overcome for the rest of the game.  Furthermore, Rekkles has a huge farm advantage over TnT and an even larger experience differential.

When we look at what made this play so much more effective than the other lane swaps, we have to look once more at the pressure that Rekkles is able to garner in the bot lane.  Sure, TnT does make some pretty boneheaded decisions, but because Rekkles is able to exert pressure and force V to teleport bot, it gives Gamsu that critical teleport advantage that he is able to use freely at his will.  In all truth, this is an important example of proper application of pressure that could be effectively used at any stage in the game.  Here, it happens to be that the benefit is three early kills onto Sion and a large gold and item discrepancy on the AD Carries.

While Pathos and Jin Air may have laid the foundation for the success enjoyed by Fnatic, this is a great example of how strategy is developed and synthesized by teams.  Despite losing their series to QG, Fnatic really showed the best counter we’ve seen to fast pushes yet, and hopefully another team will synthesize Fnatic’s tactics and create an even more creative rebuttal.

If you enjoy this content, you can follow Xmeik on Twitter (@lolXmeik) or on Facebook for updates on future articles. For more of “Xmeik’s Wednesday Long Read” series, be sure to check out articles from previous weeks:

December 9th, 2015: A Look at Power Picks and Bold Predictions