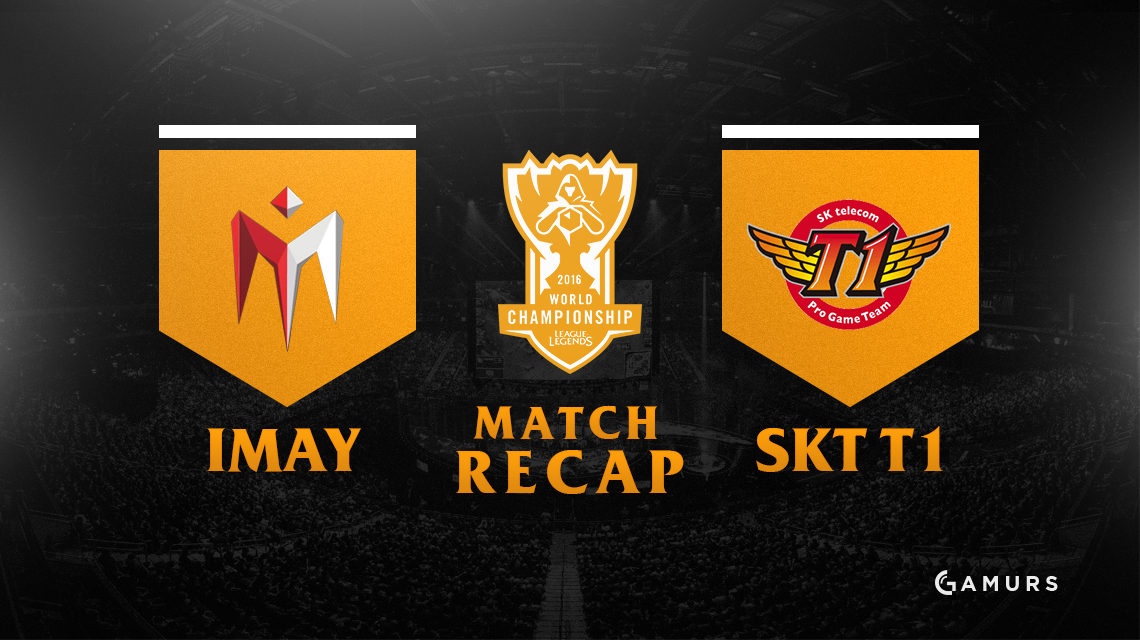 Following strong 1-0 starts for both teams, SK Telecom T1 and I May each look to take sole possession of first place in Group B.

SKT’s individual talent was showcased as every lane dominated in pressure and CS, and their leads extended into the mid game. Further, objective control was dictated by SKT, as they took early Cloud and Mountain drakes to inflate their lead even more.

SKT slowly but surely squeezed the life out of I May, sieging turrets and building insurmountable CS advantages. By the 27-minute mark, SKT boasted a 10k gold lead.

At 27 minutes, SKT sneakily secured Baron and marched down mid to break the I May base open. Just 31 minutes in, SKT commandingly won a four-for-zero fight in the I May base and sieged the nexus to secure an easy, methodical victory.