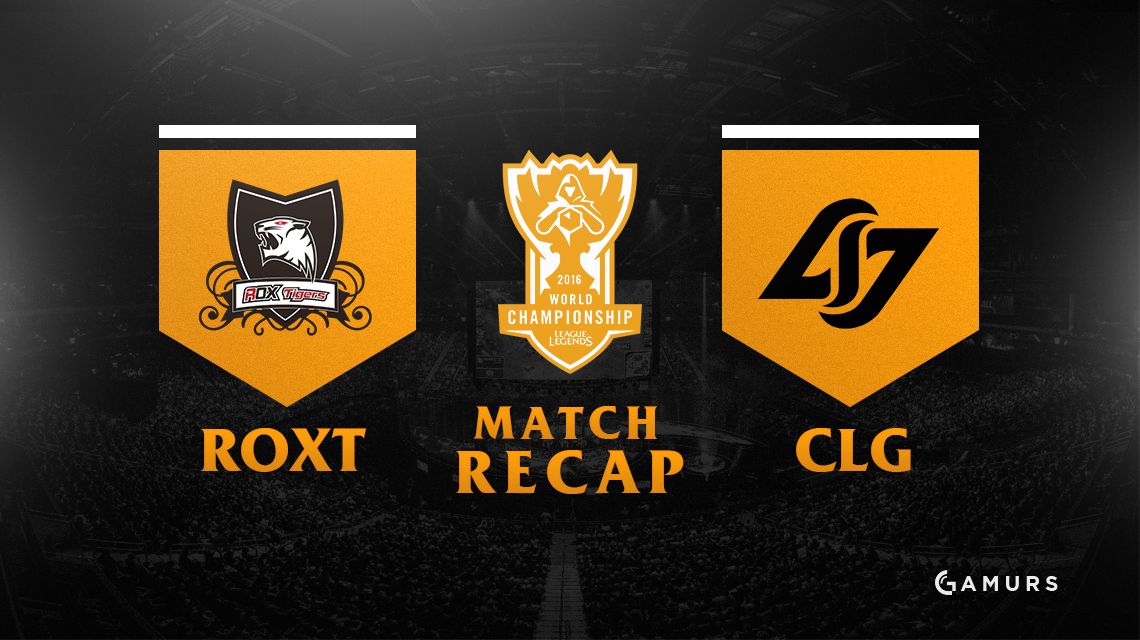 As the last game of week two of groups came to a close, we were left with North America’s Counter Logic Gaming versus LCK’s ROX Tigers to fight it out for the last spot in the quarterfinals for Group A.

Knowing that they have a strong early game in the bottom lane, GorillA flashed onto Stixxay to stun him long enough and secured a quick first blood for ROX. CLG retaliated and found Peanut at his red buff to get two kills. Despite making an effort to make plays around the map, CLG was always one step behind.

GorillA was roaming around the map constantly, getting picks in every lane. The huge CC potential left CLG in a state of fear to move. However, CLG managed to grab a few kills here and there during ROX’s sieges to keep the gold deficit small. Despite having bad map control and being behind 4k gold, CLG pushed for objectives and took the lead in dragons (1x Ocean for ROX, 1x Ocean and 1x Infernal for CLG).

The later parts of the game were very messy. It was all over the map with CLG trying to find something to bring them back into the game. Even with all of their efforts, they couldn’t manage to find anything to give them any ground. ROX denied CLG any opportunity for making plays with every fight being a mix of 1v1s and 2v2s.

ROX is now 4-2 and CLG is 3-3, which means that CLG has been knocked out of the tournament, while ROX will play ANX for the first seed from Group A.