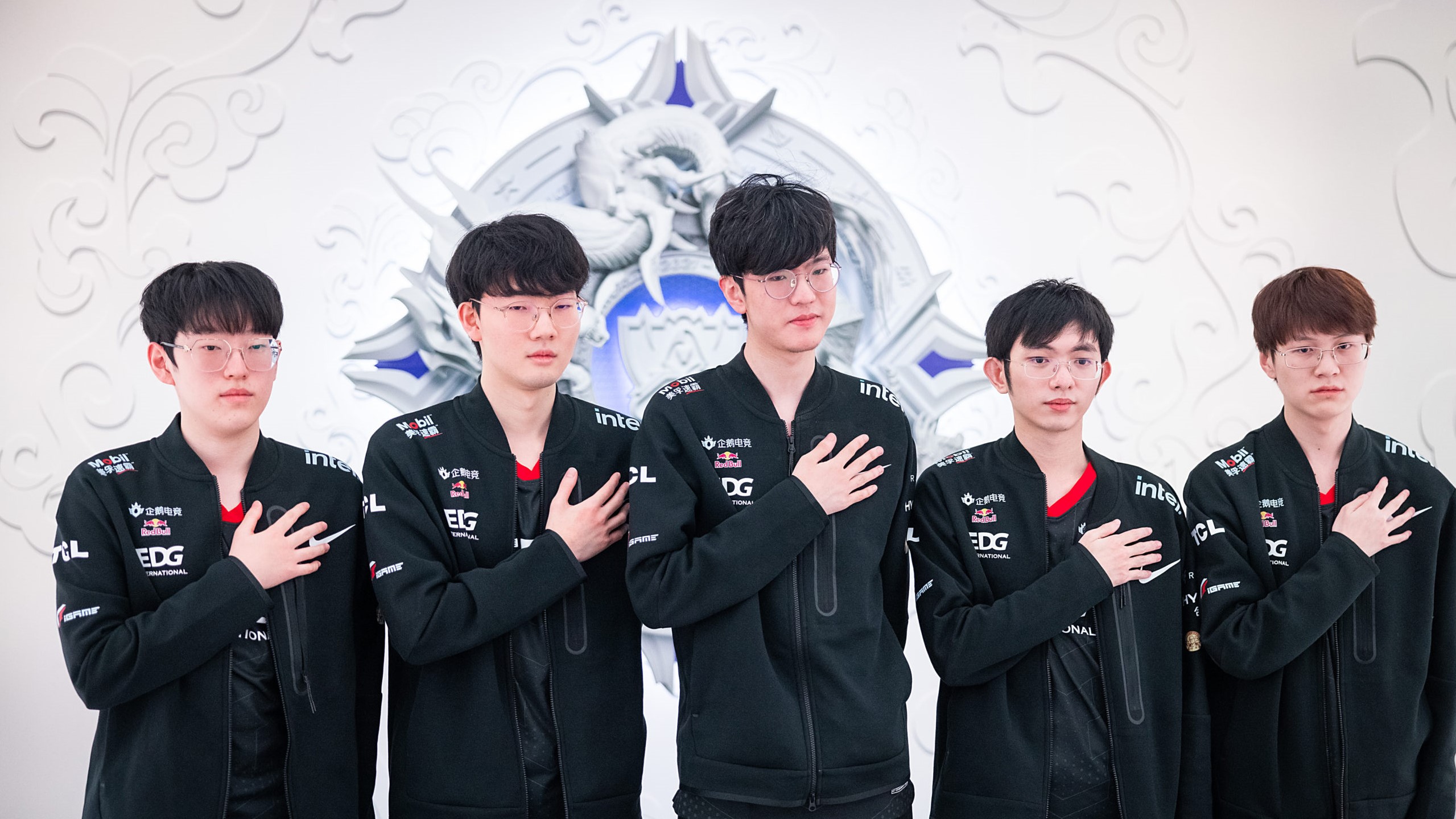 EDward Gaming, the reigning League of Legends world champions, kicked off the 2022 LPL season with a dominant victory over JD Gaming today.

The team showed confidence heading into the matchup, taking unconventional picks and compositions with a wide range. Top laner Flandre, in particular, took the fans by surprise by picking Annie in the first game and Vladimir in the second one.

According to Scout in the post-match interview, Flandre had practiced both champions for Worlds 2021 but didn’t get the opportunity to play them on the big stage.

EDG, who didn’t make any changes to their starting roster lineup over the course of the offseason, showed a solid performance today. They seemed to be one step ahead of JDG at times, in particular during the early games where EDG’s jungler JieJie countered most of Kanavi’s ganks and invade attempts.

He was voted MVP of the first game on Lee Sin with a 89.7 percent kill participation rate, and also dominated on the champion in the second game of the series. His teammates showed efficient coordination and macro-management to make the most of their gold advantage and snowball their way to victory.

JDG, on the other hand, have made several roster changes during the offseason and showed some flaws in coordination, especially during the early games. Despite some hopeful attempts to get back into the series with clever engages, they took unnecessary risks, which didn’t always pay off.

The bot side of JDG, which consists of a promising bot lane duo in Lpc and Missing, showed a solid performance during the laning phase. Even when the top side of the Rift faltered, they pulled off successful skirmishes against Viper and Meiko with relentless poke and some successful trades.

They also managed to survive dives in the mid-game, successfully avoiding pressure from EDG. Lpc picked clutch champions in the series, Kai’Sa and Samira, proving his confidence heading into the matchup. His individual performance wasn’t enough to turn the tide of the games, however.

JDG have a tough matchup ahead and are due to face off against RNG on Friday, Jan. 14 at 5am CT. EDG, meanwhile, are scheduled to match up with TT on Saturday, Jan. 15 at 1am CT.