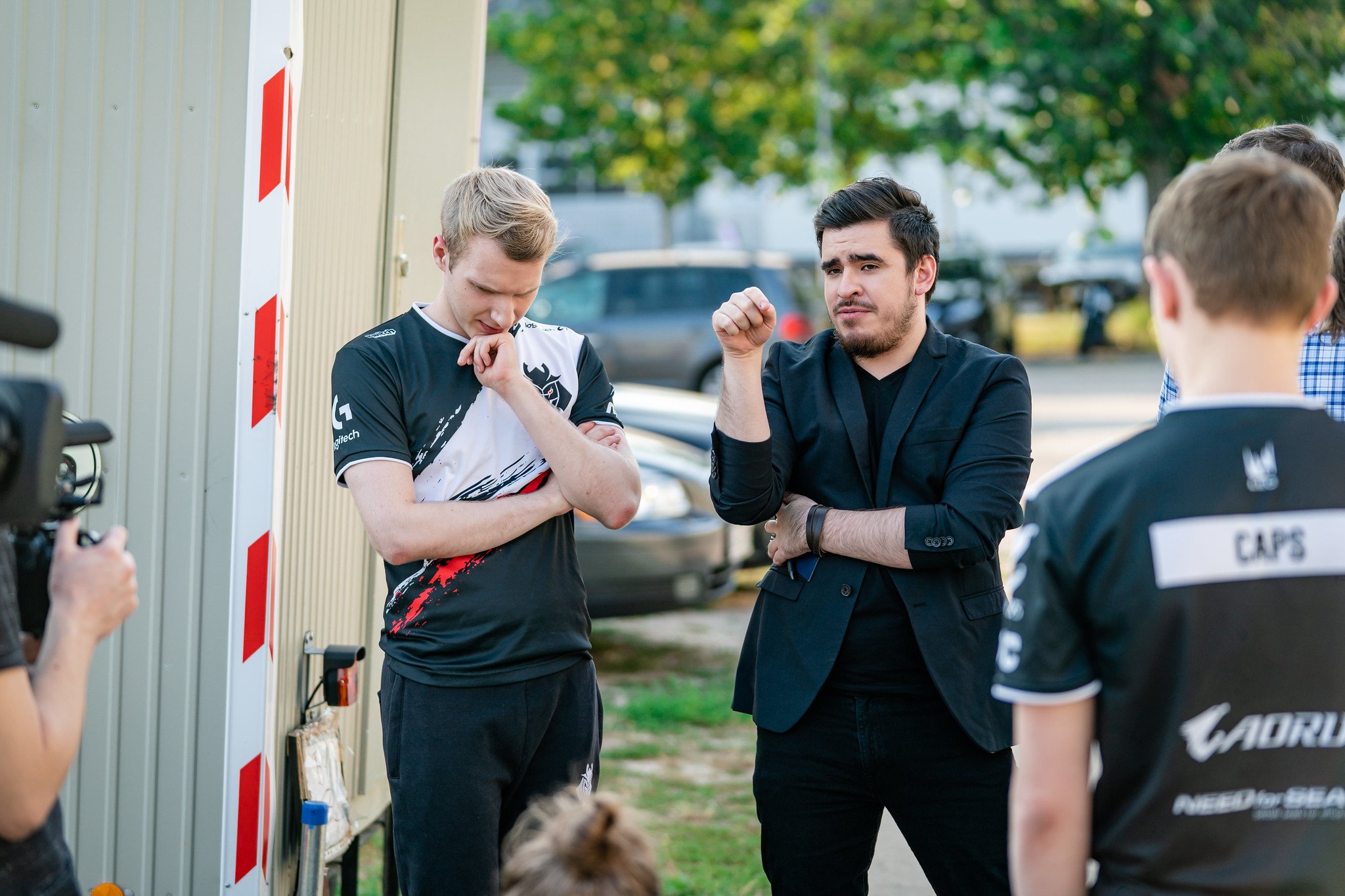 G2 Esports were one game away from becoming the first European team to go 6-0 during the League of Legends World Championship group stage when Griffin dismantled them.

G2 were sweeping through the competition. Their matches against Cloud9 and Hong Kong Attitude looked all too easy. It was clear G2 were leagues ahead. But against Griffin, G2 appeared to be caught off guard. Griffin relentlessly took over the early game in their rematch and tiebreaker.

While G2 were breezing through their opponents, Griffin were ramping up for a first-place finish. And much like Griffin, DAMWON Gaming slowly rose to the top of their respective group. DAMWON showed significant holes in their early game throughout the play-in stage, but they sorted out this weakness as they progressed through groups to secure the first seed at 5-1. G2 should know that they can’t skate by their competition anymore, but will they learn this in time for their quarterfinal match against DAMWON?

G2 may have faltered near the end of the group stage, but that doesn’t take away from the dominance they’ve shown throughout the year. The reigning MSI champions strolled through the Worlds group stage for a reason.

They have five of the best individual players in the LEC. They’ve shown incredible versatility largely thanks to their bot laner Luka “Perkz” Perković and his champion pool. Since he started off as G2’s mid laner, Perkz has become versed in playing mages and other mid champions like Yasuo. This has allowed G2 to experiment and succeed with unique bot lanes like Zoe plus Rakan or Pyke and Yuumi.

Throughout the year, Perkz has learned how to play traditional ADCs as well, so G2 doesn’t have to rely on interesting picks to win. With Perkz on a typical marksman, G2 can play a standard back-to-front game and win. We’ve already seen this at Worlds in their first match against Griffin and Cloud9.

Unfortunately for G2, Perkz’s ability to play anything likely won’t be a determining factor in their series against DAMWON. Non-traditional bot lanes—mage lanes in particular—have had a poor win rate with a 1-13 record over the course of the group stage. And traditional ADCs like Xayah and Kai’Sa are still preferred due to their consistent damage and siege capability.

Additionally, the Worlds meta has revolved around supports and junglers generating leads rather than ADCs. While Perkz is more than capable of performing, the onus will be on Marcin “Jankos” Jankowski and Mihael “Mikyx” Mehle to roam and build leads for G2. In G2’s loss against Griffin, Lee “Tarzan” Seung-yong completely outpathed G2. Griffin’s support, Son “Lehends” Si-woo, was seen everywhere from top to bot lane. The pressure brought by Tarzan and Lehends enabled the rest of Griffin to easily follow up on any engages, which ultimately led to G2’s defeat.

Luckily for G2, DAMWON’s strength doesn’t come from their jungler, but rather their mid and top laners. G2 also have the advantage as Worlds veterans and as the reigning MSI champions.

They’ve become absolute lane bullies in the LCK. Nuguri isn’t afraid of taking aggressive builds, like Kleptomancy Vladimir with Cull as his starting item, even in unfavorable matchups. And ShowMaker has shown up time and time again to clean up after DAMWON’s engages. He’s been a reliable source of damage and carry threat throughout Worlds thus far.

Although DAMWON are new to Worlds, they still have an impeccable record. They went undefeated in the play-in group stage and finished with a 5-1 record coming out of groups. Their record, however, should be taken with a grain of salt. During the play-in stage, they lost nearly every early game. They lacked proactivity, which left them struggling against teams like Lowkey Esports. Moving into the main stage, DAMWON still struggled early. But they seem to have improved on this weakness throughout the tournament. In their rematch against Invictus Gaming, DAMWON were playing around their vision to respond to any early aggression by IG while using Kim “Canyon” Geon-bu to set up plays of their own.

DAMWON’s rise to the quarterfinals wasn’t as painless as G2’s, but they’ve clearly shown improvements throughout the competition. The extra week DAMWON had in the play-in stage assumedly helped them become acclimated to the stage and current meta, which could be the advantage G2 are missing coming into their series.

G2 will face DAMWON in a best-of-five series on Sunday, Oct. 27 at 11am CT for a chance to advance to the Worlds semifinals.