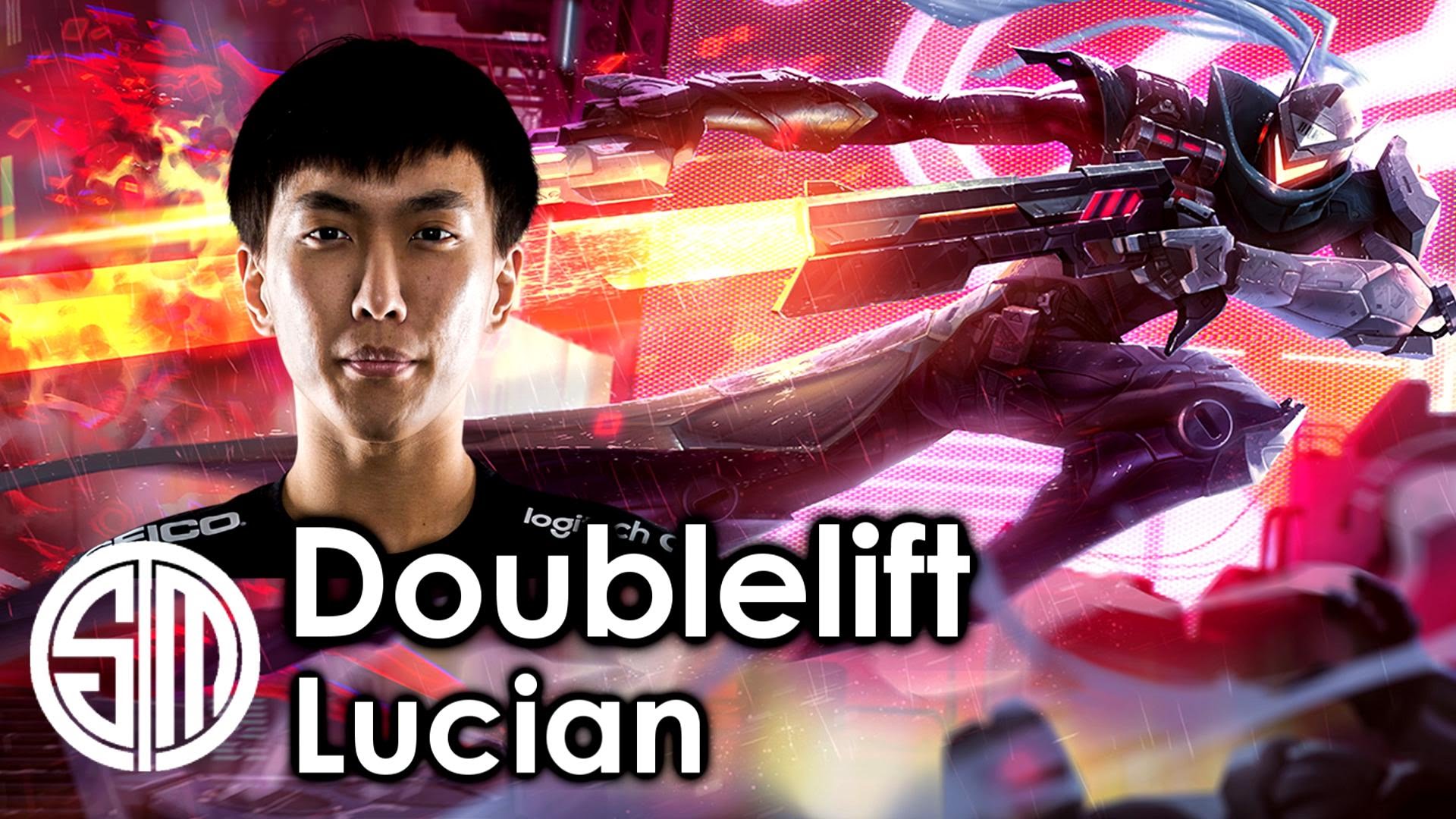 Introduction
Team EnVyUs took care to keep Lucian away from Yiliang ” Doublelift” Peng during the team’s Sunday series against Team SoloMid. In the first match, nV banned Lucian. In the second match, nV picked it for Benjamin “LOD” deMunck in the first rotation. circumstances, this focus on Lucian would have seemed foolish. After his recent nerfs, Lucian had largely fallen out of the meta in favor of utility champions such as Ashe and Ezreal. However, TSM’s AD Carry had played Lucian in 15 out of his last 16 games. It was clear that nV considered Doublelift’s continued Lucian usage a weakness, and aimed to force him onto less comfortable champions. This strategy proved ineffective, as Doublelift played fairly well on Sivir in game 1 before turning in an excellent Ashe performance in game 2.
To some, Doublelift’s strong performance may have caused more questions than it answered. If Doublelift can play well on meta champions, why is he still playing the outdated Lucian? The truth is that Lucian brings several unique strengths that complement both Doublelift’s playstyle and Team SoloMid’s unique approach to the game.
Lucian enables the triple carry strategy
If TSM was allowed to play blind pick every game, their favored composition would probably include Swain, Azir, and Lucian. Although Kevin “Hauntzer” Yarnell and Søren ” Bjergsen” Bjerg haven’t shown the same die-hard devotion to their favored picks as Doublelift, TSM frequently tries to pick all 3 champions during the draft phase. What these picks have in common is that they are all lane bullies with high damage and wave clear ability. This fits into TSM’s preferred triple carry strategy.
Few teams have ever run the triple carry strategy successfully because it is difficult to juggle lanes such that both side lanes receive enough creeps. Lucian fits well into triple carry strategies because he pushes towers very quickly, meaning that TSM can dictate the lane swap and only choose to switch back once both side lanes are in a strong position. If an unfavorable lane swap occurs, Lucian’s combination of safety and wave clear means he can take farming risks that other champions such as Ashe cannot. During the mid game, Lucian continues to act as a security blanket for early game deficits. His strong wave clear means that even if TSM falls behind, they can repeatedly stall out waves until all 3 carries get fed. Champions like Swain and Azir play this same role, but TSM’s gravitation towards those picks is less notable because they are meta champions and there are other picks that fill similar roles. For the AD position, only Lucian has this combination of traits, other picks lack the wave clear (Ezreal) or the individual safety (Ashe and Sivir).
Lucian is strong in skirmishes
The big knock against Lucian vs. other AD Carries is his complete lack of utility. When compared against champions like Ezreal and Ashe, Lucian simply doesn’t have very many advantages when it comes to the late game. Both of those champions deal comparable damage (especially because the armor pen Lucian build doesn’t scale as well) while helping their teams much more through utility.
Where Lucian succeeds over these champions is his strong play in skirmishes. In particular, the low gold, high armor pen, and comfortable build path of Youmuu’s + Black Cleaver means that Lucian is very strong in the early and mid game. This fits well into TSM’s strategy of frequently fighting around objectives. In particular, TSM has placed an extremely high emphasis on the dragon this season. This is because the dragon means more to TSM than it does to other teams. Because TSM needs 3 winning lanes for a successful triple carry comp, the ocean dragon becomes more important. In addition, the mountain and fire dragons scale with damage, meaning that they are more valuable on teams with 3 high econ damage champions than two threat teams. Doublelift’s Lucian has played a large role in TSM’s objective control this season.
Lucian brings a lot of safety

Lucian’s safety fits well into what TSM is generally trying to accomplish, even when they choose to run a tanky top laner instead of playing a triple carry strategy. In this area, Lucian shares a lot with Ezreal and to a lesser extent Kalista, picks that Doublelift highly preferred during the spring split. As mentioned earlier, Lucian’s safety means he can go for risky creeps, which opens up Biofrost to roam more during the laning phase. In addition, Lucian’s mobility means that he can stay safe by himself in teamfights without as much peel.
A lot has been made of Doublelift’s high death count this season, and part of that is his own fault. During some fights, Doublelift has taken needless risks with his flashes and escapes, going in too hard and expecting support from his teammates that he would have received on CLG but not on TSM. However, quite a bit of Doublelift’s high death count simply stems from the fact that TSM doesn’t play around him. Even when TSM does have champions that provide team wide buffs, they usually use them on Hauntzer’s high damage frontline picks. Lucian allows Doublelift to deal high amounts of damage while still remaining relatively safe.
Conclusion
Lucian is out of the meta right now, but the pick is still very potent in Doublelift’s hands. In Season 2, Doublelift frequently played off-meta picks such as Vayne and Caitlyn. When asked about his devotion to those champions, he stated that niche picks were stronger than standard picks if played well and in the right conditions. In classic Doublelift fashion, he followed it up by stating that he played niche picks better than anybody. 4 years later, history is repeating itself as Doublelift is repeatedly playing an off-meta champion. But once again, the brash AD Carry has found an appropriate niche and is playing it better than anybody.
Photo credit esport-tube.com