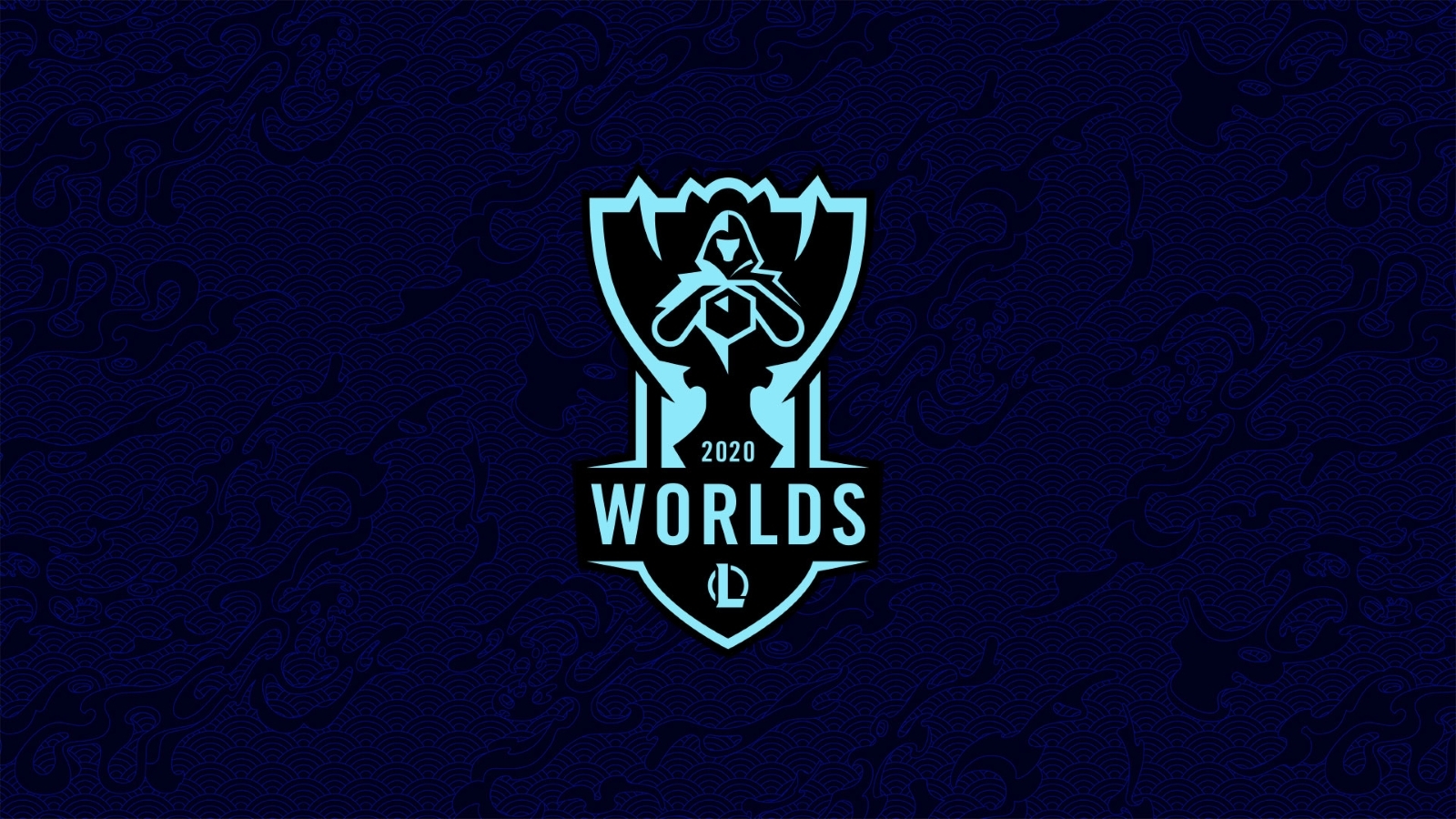 The main event at the 2020 League of Legends World Championship is well underway. In fact, with each team having played three games in the tournament’s double round robin pool play, the group stage is exactly halfway completed.

While it’s impossible for any team to be completely out of contention for the knockout stage yet, the three teams with an 0-3 record are on their last leg and their fate is no longer in their own hands. If PSG Talon, TSM, and Unicorns of Love want to make the knockout stage, they’ll need to win all of their remaining games and hope other teams in their pool falter.

On the other side of things, the two teams that have gone undefeated through their first three games, Top Esports and Damwon Gaming, just need to get one or two more wins to solidify a spot in the Worlds 2020 quarterfinals.

With 16 teams still in the competition, there are a lot of scenarios for each squad as they push to make it into the final stage of eight teams. Here’s a breakdown of what each team needs to do to make it to the knockout stage of Worlds 2020.

G2 are tied at the top of Group A with a 2-1 record. While G2 control their own fate, they don’t have as much leeway as other group leaders.

Winning two of their next three games, regardless of who they beat, will guarantee them a spot in the next stage. But there’s a way that they can make it with just one win and no tiebreaker match.

If Suning win the rest of their games, going 5-1 overall, G2 could make it in by winning just one game. With a victory over either Machi Esports or Team Liquid, G2 would qualify if whichever team they beat manages to steal a win from the team they lost to.

For instance, if G2 beat Machi and Machi beat Liquid, Machi and Liquid would hypothetically both be 2-4. This would allow G2 to advance with just a 3-3 record.

Tied with G2 at the top of Group A, Suning have an identical path to the knockout stage.

If Machi win the rest of their games, ending at 4-2, they’ll be guaranteed a spot in the knockout stage.

If they can only muster two wins, though, they’ll need either G2 or Suning to lose all of their remaining games to cleanly advance to the next round without any tiebreaker scenarios.

Similar to Machi, Liquid’s 1-2 record doesn’t mean they don’t control their own fate. If they win all three of their remaining games and go 4-2, they’ll advance.

If they can only put together two wins out of their next three, they’ll need either G2 or Suning to fall flat and lose the rest of their games to come out of the group without any tiebreakers.

With as easy a path as you could imagine, Damwon’s 3-0 record means they only need to beat Rogue to qualify for the next round.

While a 4-2 record doesn’t guarantee qualification, defeating Rogue would prevent a potential three-way tie at the top of Group B, giving Damwon a spot in the knockout stage.

Other than that, any combination of two wins would give Damwon a spot. Even with just one win, it’d take three straight wins by Rogue to put Damwon in a tiebreaker situation.

JDG control their own destiny as well. If they win out, they’ll make it to the knockout stage. But even if they don’t, there’s only a few scenarios that could result in them not making it.

With Rogue sitting at 1-2, JDG simply need to win one or two games and hope Rogue doesn’t manage to sneak ahead of them in the standings.

Rogue might be down, but they’re not out. Sitting just one game behind JDG, Rogue can still make the knockout round without any tiebreakers.

If Rogue win their next three games and JDG lose two or Damwon lose all three of their games, Rogue will advance.

Even if they only win two of their next three games, Rogue can advance if JDG lose all of their remaining games. That would put Rogue at 3-3 and JDG at 2-4.

Other than that, there’s the potential of there being a sticky tiebreaker situation if Rogue go 3-3 and JDG only finish with one more win. Then the two teams would need to face off to determine who advances.

At the same time, there’s the potential for the three top teams in the pool to finish 4-2, creating a three-way tiebreaker scenario. For that to happen, Rogue would need to win out. In addition, Damwon would have to win only one more game and JDG would need to beat Damwon and PSG Talon, but lose to Rogue.

PSG Talon aren’t technically eliminated yet, but the odds certainly aren’t in their favor. For PSG to qualify, they need to win all three of their remaining matches to go 3-3.

In addition, the team would need JDG to lose all of their remaining games and Damwon would need to defeat Rogue for a second time. This would put JDG and Rogue at 2-4.

Fnatic are tied with two other teams for the top spot in Group C. If they win all of their remaining games, they’ll advance. But if they lose one, they could potentially end up in a three-way tiebreaker at 4-2.

That tiebreaker could be avoided if Fnatic win two games and get a little bit of help from TSM. If TSM beat either Gen.G or LGD Gaming, Fnatic would qualify by reaching a 4-2 record without any tiebreaker involved.

Gen.G have an identical situation to Fnatic. If they win out, they’re in. If they only manage to win two of their next three games, they’ll need a little bit of help from TSM to qualify.

At the same time, all three of these 2-1 teams could get in with just one win, but it would require a specific set of outcomes. If any of the current 2-1 teams lose the rest of their games and one of the other teams wins all of their remaining games, one of the three teams will qualify with a 3-3 record.

The safest way for LGD to qualify is to win the rest of their games. But just like Gen.G and Fnatic, the team could hypothetically make the knockout stage with just one or two more wins.

Without any wins at the moment, TSM doesn’t have any way to make it to the knockout stage without requiring a tiebreaker.

Even if they win their remaining games, the best record that TSM can put up is 3-3. Though that would put them in position to match the record of another second-place team in the pool, they’d still be tied.

From there, the remaining two teams would have a 2-3 record, assuming that they lost to TSM. Once those teams played one another, one team would be 2-4 and the other would be tied with TSM at 3-3.

At 3-0, Top Esports are in an identical situation to Damwon. All they need to do to qualify is beat FlyQuest, preventing the 1-2 team from any chance of going 4-2.

For TES, getting two or three wins would just be the icing on the cake, solidifying their position as the top team in the pool.

DRX haven’t won all of their games, but they don’t need to win out to make it to the next round. Sitting in the second qualifying position of Group D, they only need to keep their lead against FlyQuest.

Given the poor showing from Unicorns of Love in the Worlds main event, the DRX game against FlyQuest could determine how this pool plays out.

FlyQuest are the biggest wildcard in Group D. They’re only 1-2, but there are a number of ways they can bring themselves back into the mix.

FlyQuest winning their next three games and DRX losing two games is the easiest way for FlyQuest to make it in. But they can move on if they win out and TES loses all of their remaining games.

Other than that, FlyQuest could sneak in by winning two of their games if DRX lose the rest of their matches.

Unicorns of Love aren’t technically eliminated yet, but the odds of them making it into bracket play are extremely low. For them to move on, they have an identical route to PSG Talon.