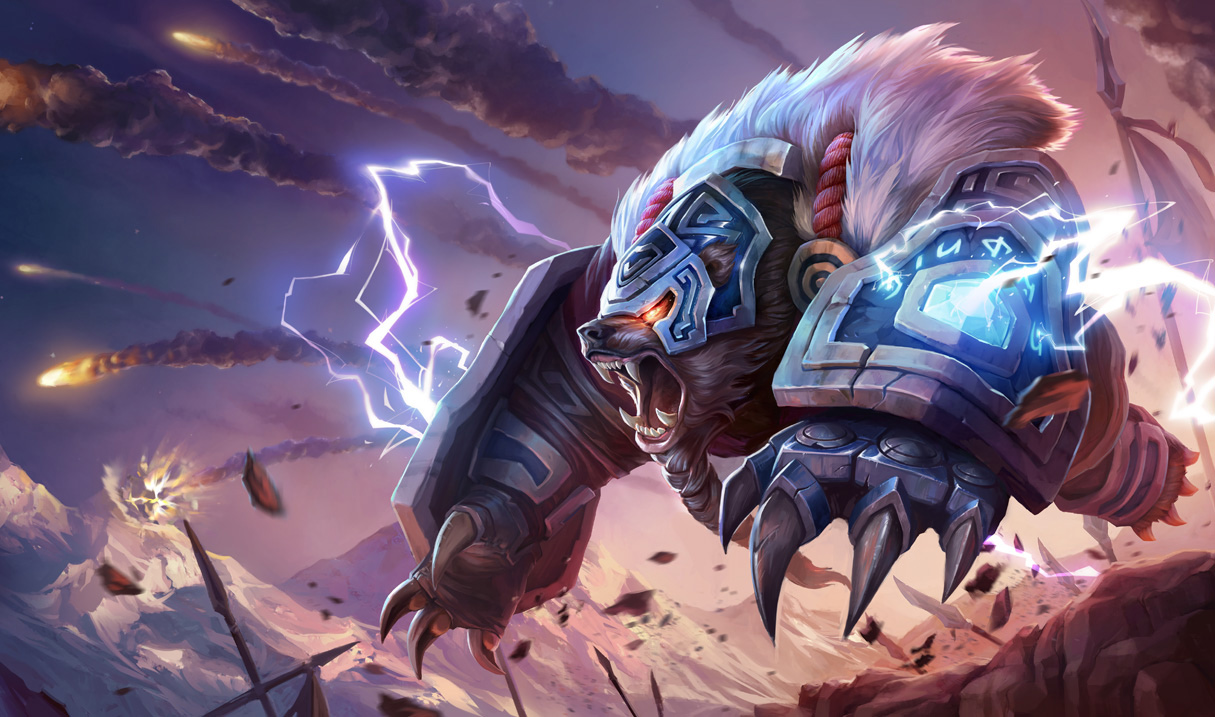 After months of underperformance, Volibear might finally getting a rework in Patch 8.4, according to the latest PBE update.

The old bear has been struggling for a long time. For some champions, such as Ivern and Nunu, the new rune system is what put them in the ground, but Volibear has been on the fritz for the better part of the last two seasons. That being said, it’s about time something is being done. Unfortunately, however, it might not be enough.

The largest change to Volibear’s kit is the added mechanic of a knockback to his E, Majestic Roar. This added crowd control will make ganks more powerful and clearing camps just a tad safer. It will also deal an extra burst of damage if used on an airborne enemy (like one that has recently been tossed up by his Q), or an enemy that is mid-dash. This bonus damage does not come with a loss to the ability’s base damage, so this is nothing but a buff.

From there, the changes dwindle in importance, but they’re all still buffs.

His Q, Rolling Thunder, will now provide more movement speed than before, and the boost will now scale with level rather than the ability’s rank. This will help his ganks to scale without forcing Volibear to drop early points on this ability. When he’s running toward an enemy, the movement speed boost is doubled, same as before, but now capping out at 60 percent instead of 50.

The next buff is the smallest of the bunch. All it does is add the cooldown refund mechanic that his W has for jungle monsters to minions as well. This will make laning with Volibear just a bit more possible, but it probably won’t be better or equal to his jungle prowess.

These changes are nothing but buffs to each affected ability, but they don’t really solve his woes. Volibear is a movement speed-based jungler that needs to run up to an enemy and get within melee range to deal damage. There are other junglers that have this problem, like Skarner, Dr. Mundo, and Trundle, but all of them have means to cripple the enemy before actually reaching them. This allows those champions to slow down targets that would otherwise kite them to oblivion, giving them a chance to actually catch up.

Volibear has a speed boost, one that’s more powerful that Skarner’s, but he has no means to actually slow down an enemy, unless he gets in range for his E, which has a ridiculously short range. This allows his would-be victims to kite him around extremely well, forcing him to use item actives or Summoner Spells to actually get his hands on them.

For this reason, and especially at high elo where players are very good at kiting, Volibear will still likely not find much playtime even after Patch 8.4 arrives in two weeks.