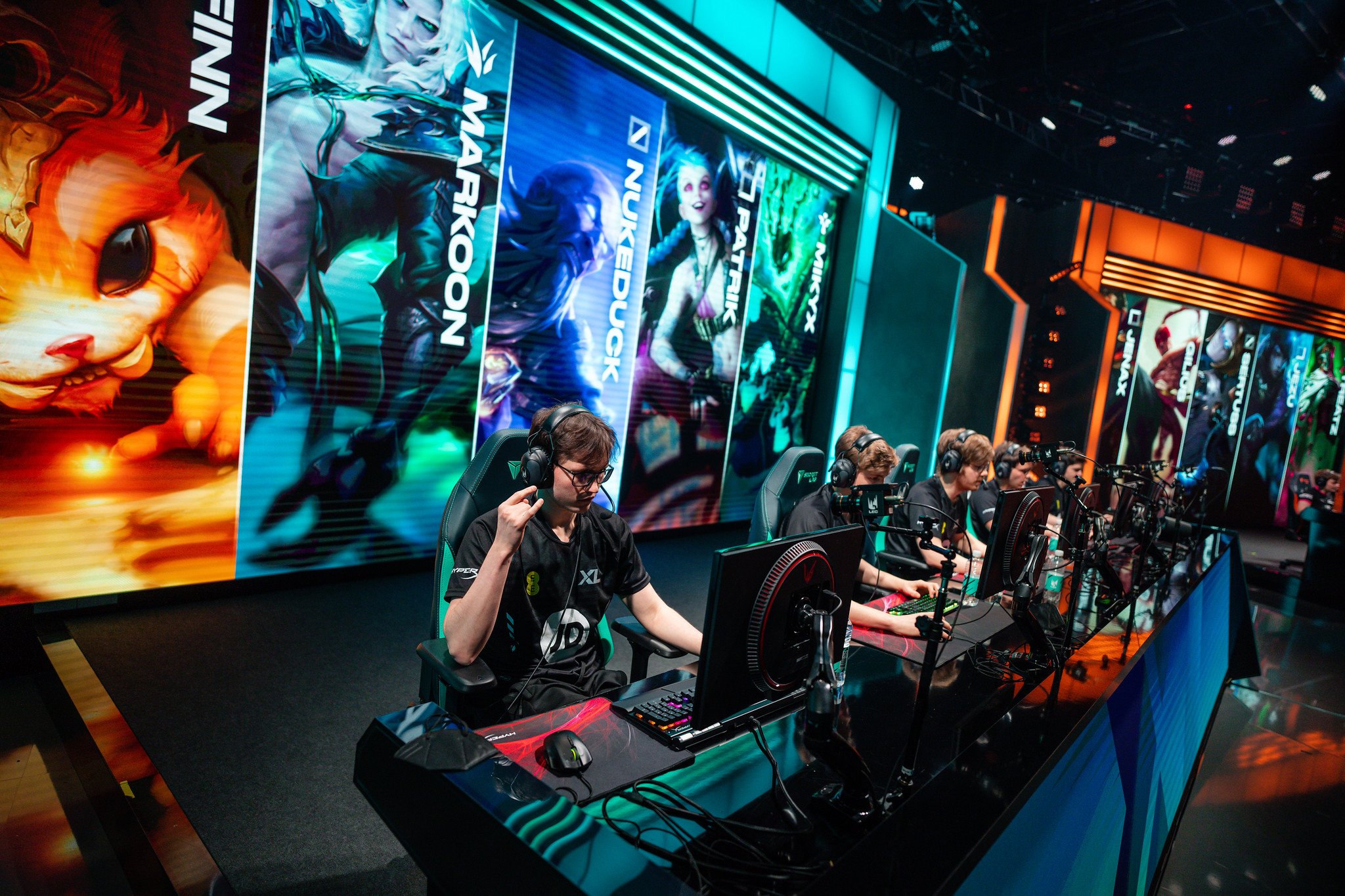 Excel finally did it. For the first time since the EU LCS was rebranded to the LEC seven splits ago, the U.K.-based League of Legends team secured a playoff spot this spring.

This first playoff run has been the main goal for the organization, and this past split, it was also a major focus of the branding within the team on social media, with “#XLPlayoffs” as its main motto. Expectations soared for Excel this split when the team announced the signing of former G2 Esports support Mikyx, who has had a huge impact since his first game with the org.

Mikyx himself was the first to reflect on his goals and expectations for the team right after joining the roster during an interview with Dot Esports, saying he expected Excel to be “a top three team at the end of the split.” So the initial concept of “can Excel make the playoffs” has changed a bit, now being closer to “what can Excel achieve in the playoffs?”

The first major postseason opportunity for Excel will come tomorrow, but it won’t be easy: They’ll face Team Vitality. The French team made the playoffs with some difficulties, locking in a spot in the last week with a 9-9 record, the same mark as their opponents this weekend. Though both teams ended with the same score, 9-9 has a different meaning to each squad taking into account the initial expectations and other major factors like each org’s budget or collection of players. A 9-9 mark for Excel is a major success, but for Vitality, it’s likely disappointing for them to make the playoffs doing the bare minimum with one of the most stacked and hyped teams going into the 2022 season.

Vitality desperately need to step up in this best-of-five to show that they’re a strong contender in the league and that they can meet many pundits’ expectations. Even though they ended the regular season with the same record, Vitality face the extra pressure of being the favorites and they certainly have much more to lose than Excel.

“We need to transfer our practice into official games. Nothing else matters.”

There are some key factors that can decide the final result of this showdown, from the teams’ champion pools to the performance of the players. The way each team works is very different. Excel, for example, have historically relied on AD carry Patrik, while for Vitality, Carzzy doesn’t always have that much of an impact on how they approach their games.

Looking at the top lane, one of the main strengths for Vitality will be the great laning phase of Alphari. His solid laning plus his preference for scaling champions with late-game impact like Gangplank, Jax, or Jayce can make a huge difference for Vitality. Finn, on the other hand, has a great champion pool to face Alphari and quite easily avoid his impactful laning phase, with picks like his iconic Kled or Irelia working quite well against some of Alphari’s top champions.

In the jungle, though, Selfmade and Markoon have a similar playstyle, both having a lot of impact on their teams and with champions like Xin Zhao, Lee Sin, Viego, or Hecarim in both of their champion pools. While other junglers focus on power-farming, both junglers in this series always try to put the focus on being proactive.

Vitality’s ADC Carzzy told Dot Esports that the most important factor will be translating their practice into stage games, insinuating that the performance we are seeing on stage is significantly worse than what they are showing in scrims. “Nothing else matters,” he said.

The team needs to be able to rely on the clutch factor from a player like Perkz, who has proved over the years that it’s a mistake to underestimate him, especially in the most important moments of the season. Both Nukeduck and Perkz are looking forward to having a strong series individually and shutting down the critics who suggest they might be “washed up.”

Last but not least is the bot lane. Excel’s main strength lies in the Patrik-Mikyx duo. Mikyx came back to the LEC in great form, proving himself again as one of the best supports in the region and definitely one of the most impactful supports for his team. Mikyx loves to roam and to have control over the game, and that’s reflected in his vision stats during the split. He’s the top support in the LEC in wards placed and vision score per minute, according to Oracle’s Elixir. Carzzy and Labrov will likely need to hold against Excel’s aggression, resources, and ganks on the lower side of the map to try to get their main carry ahead and allow Mikyx to roam freely around the Rift, making him more impactful in his other two lanes.

There are several reasons to watch this series since it marks Perkz’s first appearance in the LEC playoffs while not on G2 and after going to North America. The series is a do-or-die situation for both teams since they’re in the lower bracket without a second chance if they lose. Whoever wins will face G2 Esports next after their loss against Fnatic today to try to continue their run in the lower bracket. A Vitality win over Excel would thus result in a highly-anticipated matchup between Perkz and his old team and some of his former teammates like Caps and Jankos. But Excel will be looking to spoil that reunion in the org’s first LEC playoff series.

Excel vs. Vitality will take place in the LEC studio tomorrow, March 27 at 10am CT.