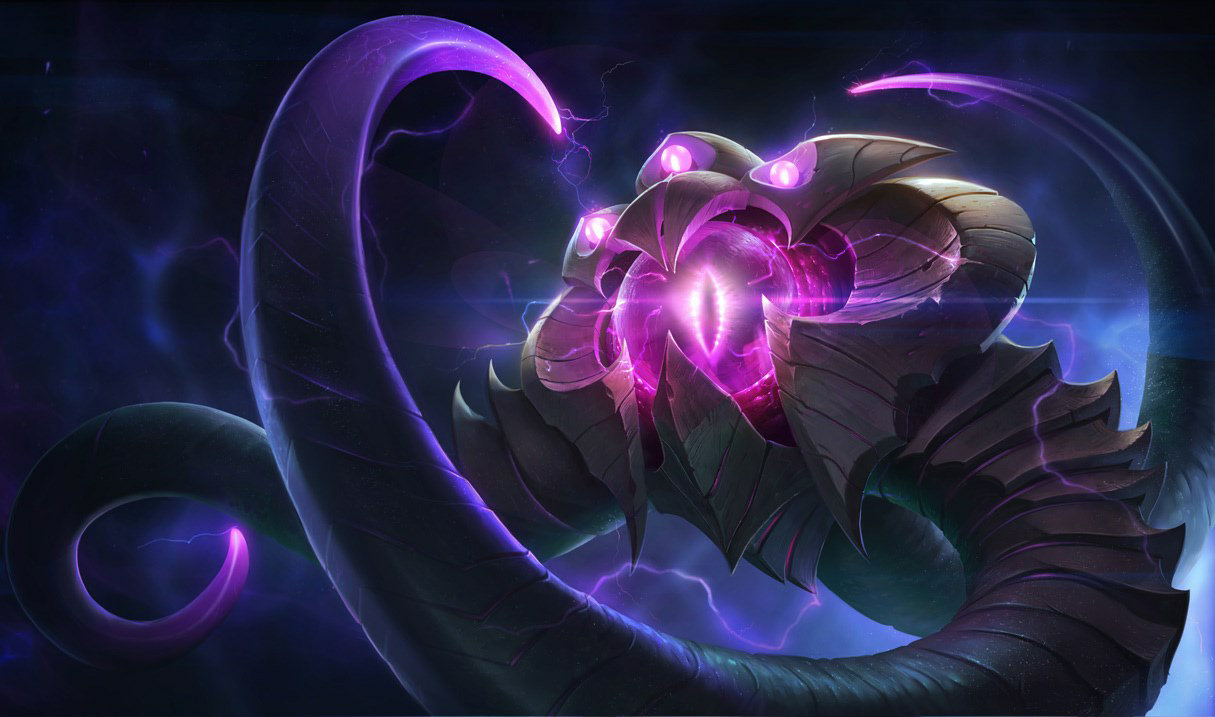 Concept artist NeburaART released the League of Legends skin concept on Oct. 6, drawing inspiration from the popular Korean series. In this fan made skin, Vel’Koz wears the same mask as one of the managers from the show, highlighting just how wicked and twisted his mentality is—not to mention Vel’Koz’s similarity to the invertebrate after which the game in the series gets its name.

The latest Netflix sensation, Squid Game, is a Korean drama and horror series about a battle royale played through children’s playground games like Red Light, Green Light. The series debuted on Sept. 17 on the international platform and sky-rocketed to the top of Netflix’s most-viewed releases.

The plot revolves around the themes of desperation, capitalism, and the always-relevant question of “what would you do to save yourself?”

From the protagonists’ point of view, the villains are masked people who organize and control the flow of the mortal games. To establish a hierarchy within the organization while maintaining anonymity, these wicked people have a shape drawn on their masks, which distinguishes the general workers from the managers.

The Eye of the Void’s lore explains how he’s one of the Void spawn living in Runeterra, but there hasn’t been anyone that matched “his level of cruel, calculating sentience.” While other creatures of the Void devour and violate everything they come in touch with, Vel’Koz “seeks instead to scrutinize and study the physical realm” and any creatures he encounters on his path.

His cruelty permeates from the stories that involve him and also from the Eye of the Void’s appearances on the Rift.

League players can get a sense of Vel’Koz’s nature when they hear his voice lines in-game. With lines such as “none have survived [his] preliminary testing,” and “when bisected, neither half grows back” there’s no doubt Vel’Koz could feature in a horror series easily. To him humans are “odd creatures of blood and flesh” distressed just by his omnipotent presence.

Those looking for more League-related concepts can check other works from NeburaART on their Artstation page.