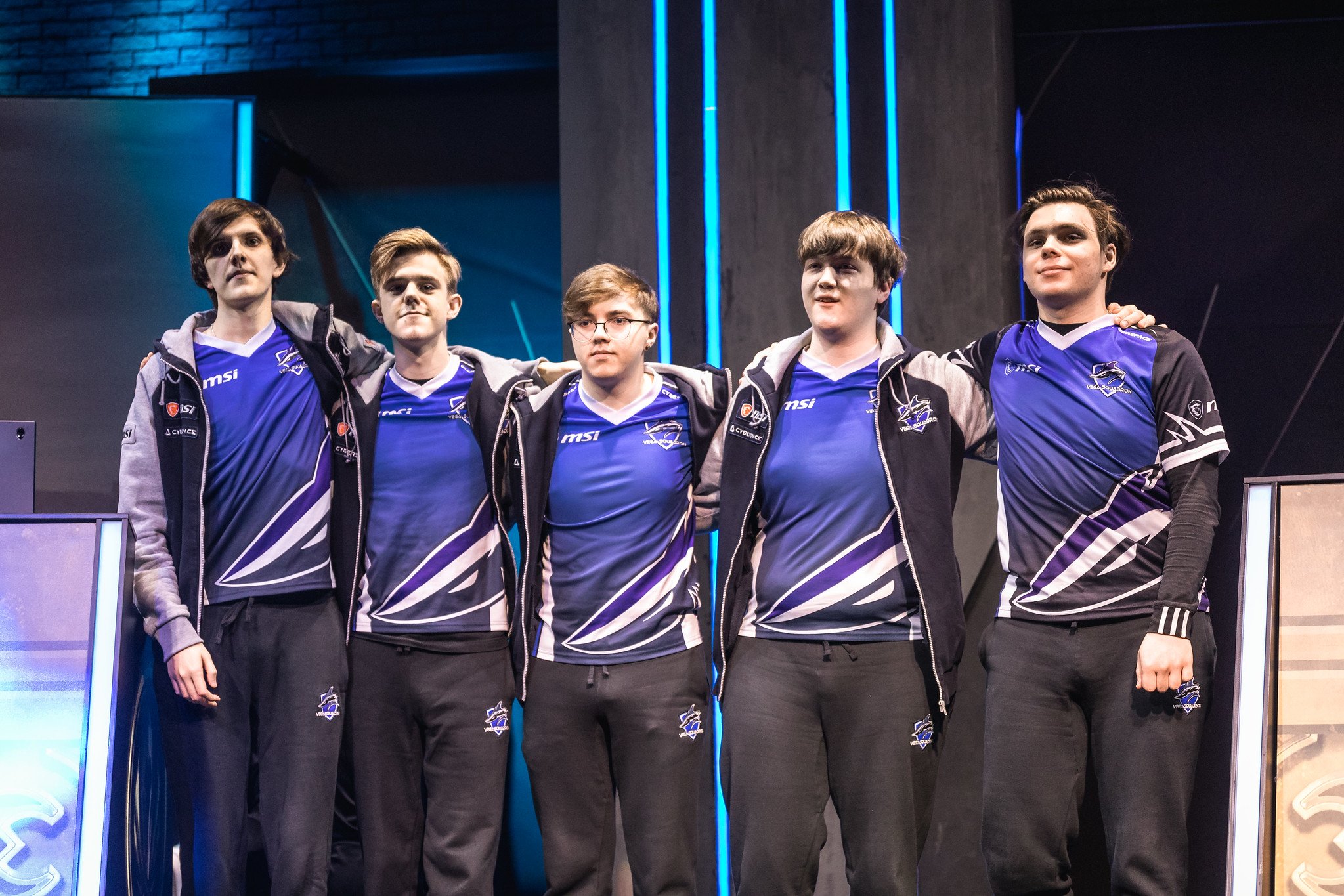 After jumping out to an early 2-0 lead on the first day of MSI 2019, the CIS’ Vega Squadron dominated Group B on the second day to take control of first place. Their only real challengers were the LJL’s Detonation FocusMe, who lost to the LCL champions. As a result of that victory, Vega Squadron earned the right to face off against the LMS’ Flash Wolves for a chance to reach the main event.

Detonation FocusMe and the CBLOL’s INTZ e-Sports were Vega Squadron’s first victims, and they followed that up with a win over MEGA. MEGA’s jungler Kwon “Jjun” Jun-seok ganked bot lane with Rek’Sai at the three-minute mark to pick up a kill onto Ilya “Gadget” Makavchuk’s Varus. They turned that into a Mountain Drake minutes later and countered a gank onto Nuttapong “G4” Menkasikan’s Azir to create a 1,500 gold lead.

Vega support Aleksandr “SaNTaS” Lifashin traded his life to grab the vacant Rift Herald after Kirill “AHaHaCiK” Skvortsov Smited it away from MEGA. As the game went on, Vega focused on objectives, remaining behind in kills until the final teamfight. But their vast tower and dragon lead resulted in MEGA being unable to contest when Vega finally fought and they quickly improved to 3-0 in the group.

Their rampage continued in a rematch against INTZ e-Sports. Vega Squadron picked up first blood after AHaHaCiK’s Sejuani set up Vladislav “BOSS” Fomin’s Irelia for an easy kill onto Rodrigo “Tay” Panisa’s Akali. Gadget’s Neeko tried to set up a play with his Pop Blossom and managed to delay a losing fight until BOSS could arrive to clean up the fights and establish a 1,500 gold lead at the 12-minute mark. Both teams traded drakes and towers, but just like their previous game, Vega went on the offensive and hunted down INTZ just as Baron spawned. With INTZ dead, the Baron and their base were free and Vega pounced on the opportunity to end the game and set up a climactic battle with Detonation FocusMe.

A brawl in the top lane handed over the first two kills to Vega Squadron after fighting through Shunsuke “Evi” Murase’s Kayle ultimate and Moon “Steal” Geon-yeong’s Kindred ult. A Flash-hook from SaNTas sealed the fate of the Sona-Taric bot lane from Yuta “Yutapon” Sugiura and Yang “Gaeng” Gwang-yu, and with their early gold advantage, they were able to withstand multiple ganks from DFM. The game dragged on as DFM desperately tried to stop the slide, but after a brief base defense, the LJL representatives couldn’t break through a 10,000 gold deficit and simply watched as Vega locked in their playoff spot.

Detonation FocusMe didn’t quit, however. After strong wins over INTZ and MEGA earlier in the day, they won their rematch against INTZ. It didn’t come easy as they had to salvage a suboptimal early game where INTZ picked up multiple kills and early leads, but Yutapon got rolling and destroyed to the CBLOL champs. Steal’s Nocturne set up play after play as INTZ were consistently ripped apart and yielded their Nexus seconds before the 30-minute mark.

INTZ and MEGA didn’t go home empty handed, though. After MEGA took down INTZ in their first clash, the Brazilians got their revenge on day three to even up their head-to-head record. But MEGA pulled off the surprise upset against the already-qualified Vega Squadron in the final game of regular play to move to 2-4 in the group and secure third place. It’s unclear how much of that victory was based off MEGA’s merit or Vega’s lackluster approach to a meaningless game, but both teams can go home with lessons to learn and come back stronger next time.