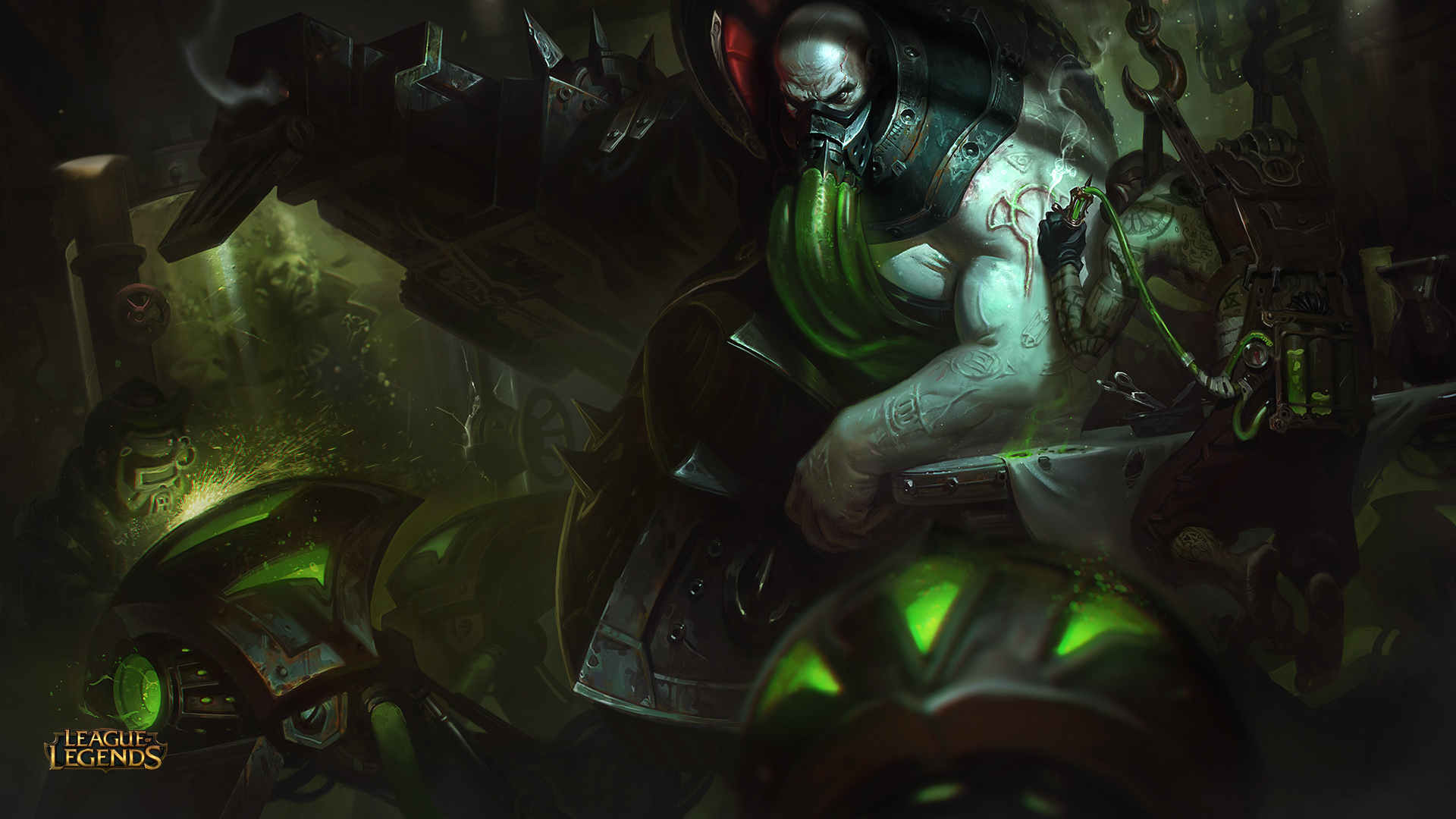 Urgot’s major champion update has finally been revealed, and you may now say hello to the new scariest champion in League of Legends.

Urgot, the Dreadnought, is terrifying for several reasons. First and foremost—he is getting the game’s first ever instant-kill ability. That’s pretty as much as scary as it gets, but let’s get into the full details of the new Urgod anyway to make sure we’re all as horrified as we can be.

The most impressive aspect of the new Urgot is probably his visuals. He’s been a derpy, sloppy looking monster-thing for as long as League has been around, and his appearance has become somewhat of a meme. Now, though, he’s downright intimidating. He’s slow, bulky, and menacing, and when he saunters up to his victims, you know the pain will soon follow.

Chains, grenades, poison, machine guns, and crushing everything that stands in his way are the many things that define Urgot’s new kit. He’s big, bad, and meaner than ever before, and he’s going to be one hell of a top laner. With his incredible tankiness, crowd control, and gap closer, he may even make some appearances as a jungler.

The new passive of Urgot’s kit is a really neat mechanic. He has weapons attached to his knees that add a very complex new mini-game. When he attacks in the direction of one of his legs, it fires a shotgun-like spray of flames. Each leg has a small cooldown before it can be used as a fire shotgun again. This will be really cool for trading damage in lane, and it will force him to constantly move around.

His new Q is an evolved version of his old grenade ability. When he shoots it, it does still mark onto the enemy, but it also slows them when it detonates and deals some considerable damage. For ganking or chasing enemies, this is a great tool. Unfortunately for his lane opponents, it’s also a fantastic zoning tool.

The new W is where Urgot really starts to outshine his old self. Instead of simply getting a big, beefy shield, Urgot will now also do some really scary things when he hits this ability. He rapidly fires a machine gun at nearby targets, prioritizing any targets that have been locked onto. He also stomps over minions while moving, and he can’t auto attack while this is active. When the machine gun passes one of his legs, it triggers his passive as well. This will be his primary damaging and tanking ability, and it’ll work best if he uses it after using his crowd control because it slows him down a bit while it’s active.

Urgot’s flashiest new ability is his E. It’s flat-out crowd control, and it’s sort of similar to Galio’s Justice Punch. After a brief delay, he charges forward in a direction, trampling all enemies in his path until he meets a champion, where he flips them over his head, stuns them, and locks onto them. For both engaging fights and ganking, this ability is going to hit hard.

Ah, fear. That feeling you get when the enemy team is pressing against your Nexus in the last promo game on your way into Gold. It’s the same feeling you get when a Blitzcrank hook is barreling towards you and you don’t have flash. More importantly, it’s now the feeling you’ll get when you get stuck with Urgot’s ultimate ability, because it could instantly kill you.

He fires a drill that grinds into its victim that slows and deals damage. If the target is brought below a certain threshold while they’re stuck with this ult, Urgot can re-activate the ability to drag you into him and instantly execute you in the most gruesome way possible—with a meat grinder. To be clear, this isn’t the same “execute” as other abilities in the game, like Darius’ ult or Garen’s ult, which do more damage when you’re lower health. Those can be shielded, blocked by Zhonya’s or Bard’s ult, and a Tahm Kench swallow can save you.

Not for Urgot’s ultimate, though. It cannot be stopped, blocked, shielded, or otherwise stalled. The only possible way to stop the target from reaching Urgot and instantly dying is to kill Urgot before his victim is reeled all the way in. Otherwise, when he hits the button, you will die, and there’s nothing you or your allies can do about it.

This update takes one of League’s oldest, worst champions and turns them into a fearsome powerhouse. No doubt his playrate will increase after this, but we won’t know just how effective he is until he can be tested on the PBE. He’ll likely be released in Patch 7.15, which should only be a few weeks away.