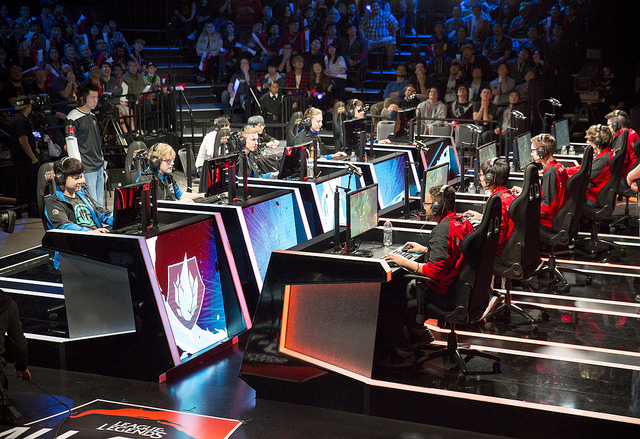 As the 2016 LCS Season rapidly approaches, it is shaping up to potentially be the best one yet. I could write a thousand articles about all of the crazy super teams such as TSM or H2K, but where would be the fun in that? Instead, this is a list of the factors that are seeming to slip below the radar in comparison to all of the other huge blockbuster moves

1. Can The Gods Remain Godlike?

Back in a distant time before the LCS was even an idea, and even before the dawn of our great messiah Faker, we praised a triumvirate of mid lane gods named Alex Ich, Froggen, and Xpeke who all hailed from the European region. Two of those gods, Froggen and Alex, will make their home in a new land this split. It is a more simple land known as North America. Their reasons for making their homes here were foretold by the prophets of the Wu-Tang Clan when they said, “Cash Rules Everything Around Me.”

If the past is any indication, Alex vs Froggen will likely be another 20 minute 200 minion arms race before exploding into decisive game winning teamfights. Another match up that could very likely go the same way is either of these two mid laners facing off against NRG Esports’ GBM, as he shares a very similar passive laning play style. However, both Froggen and Alex have grown a tremendous amount since 2012, and both have shown their proficiency on assassins such as fizz and zed, who both seem to be possible contended picks in this AD Carry focused meta. If they lean more this way, then the match ups to see are with fellow European mid laners Bjergsen and Jensen. Each has shown that they can hang in there with the best in the world, which is something that Froggen and Alex are both striving to return to.

2. Can Former Champions Retain Their Greatness?

Where as  Froggen and Alex are trying to go from the bottom to the top, CLG and Fnatic find themselves tasked with the opposite problem. Each team just a few months ago was heading into worlds as their region’s number one seed as a result of winning their respective regions. Each team, however, has lost their franchise player as well as other key performers, and now are in a strange twist of fate, underdogs.

CLG seemed to finally figure out what had been holding them back for 5 consecutive years when they won the 2015 Summer Split. That was, of course, until as I’m sure 150% of you already know, they removed Doublelift from their roster to replace him with untested Challenger League player Stixxay. However, that wasn’t the end of this PR nightmare, as they also kicked their well above-average mid laner Pobelter, and replaced him with ANOTHER unproven Challenger in Huhi. Their hopes of reclaiming their title are now entirely in their rookies raw talent translating into stage performance, which has been a problem with this organization multiple times in the past (See: Seraph and Xmithie). Best case scenario has Stixxay acting as a consistent DPS source and Huhi performing to his supposed level of scrim heroics.

Fnatic find themselves going from being the greatest Western team of all time to potentially having to fight for a top 4 finish. Fnatic managed to lose even more than CLG did in the offseason, as the North American money proved to be too much for the European superstars to turn down. Franchise player and veteran shotcaller Yellowstar will be joining Doublelift on TSM, while the carry top lane+jungler combo of Huni and Reignover will play with Pobelter on Immortals. The only position arguably upgraded for Fnatic in the offseason was the addition of Spirit in the jungle. Gamsu just seems to be a less proven version of Huni while Noxiak is almost certainly an objective downgrade from Yellowstar. Another very undermentioned loss for Fnatic is head analyst Jarge, as he will be the leader for TSM in North America.  For Fnatic to repeat as champions, they need Gamsu to prove himself as a world class carry top laner, and Noxiak has to be able to shot call efficiently enough to keep pace with teams like Origen that are so far ahead in this respect. It will be a rough road for them, but hopefully Deillor can bring out in the new guys what he did in the likes of Huni and Febiven in the past.